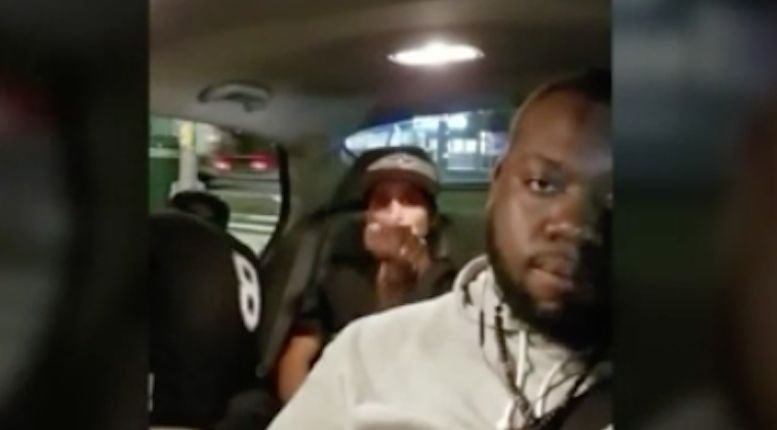 Robert Ortiz, the 33-year-old Puerto Rican gay man who viciously berated his black Lyft driver with racist jibes that included a proud assertion that he voted for Trump, is claiming he isn't racist after apologizing.

At the end of the day, my actions were unjustifiable. There's nothin' that I could say behind that but this no —

That's how he started his WPIX apology interview, before also saying:

I was drinkin', a lot of the stuff that I said I didn't even remember till the next day ...

Sounds like excuses. Alcohol said it, not me! He also claims the driver was discriminating against him and his friends because he's Hispanic and gay, another excuse!

He also wants people to know he's not racist, but he is — what he said is racist, and not casually racist. He was attempting to assert privilege over the driver (over a dispute about music!) and fails to own that. He even says:

It was just things that I said because I felt ... I felt ... just some sort of way at that moment.

The fact that he says the words were meaningless to him is all the more evidence that he's a racist jerk. Using words that mean so much to others was meant to intimidate and beat down the driver, and he knows that.

So why apologize now? He got shit-canned from his job. Oddly, WPIX frames his apology uncritically, even claiming he teared up while speaking — which isn't in the video. No tears.

I don't think people who fuck up in this way should never again be allowed to work, but don't ask me to care about them when they're so insincere.