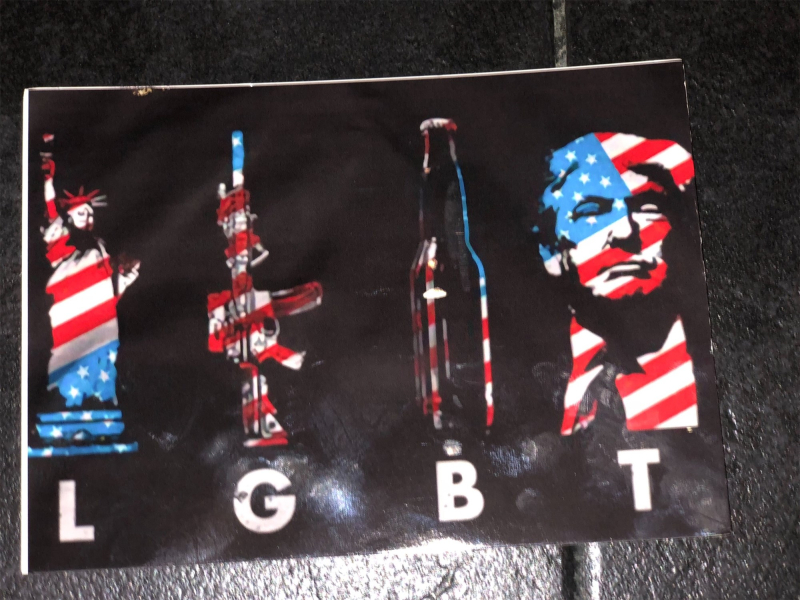 Threatening much? (Image via NBC News)

"I want to begin with two words, I'm sorry..The country feels so divided and I have no wish to add to that pain and offense. I believe this is a time for more understanding, more love, more sensitivity and honor..Thank you for listening and for helping me listen too." Megyn Kelly pic.twitter.com/6hHrvZLNvK

HUFF POST: Right-wing harpy Megyn Kelly, who has said in the past that Santa (!) and Jesus were white, casually defended blackface on her show yesterday, prompting an outcry and a swift — but disingenuous — apology. In her apology, Kelly said she's never been a P.C.-type gal. Meanwhile, Don Lemon had some thoughts on the issue.

Al Roker on Megyn Kelly’s blackface apology: “While she apologized to the staff, she owes a bigger apology to folks of color around the country because this is a history going back to the 1830s. Minstrel shows to demean and denigrate a race wasn’t right.” pic.twitter.com/nt7YhCRU18

INSTAGRAM: Ryan Murphy donates $10M to Children's Hospital in L.A. while announcing his 4-year-old son beat cancer he was diagnosed with at age 2.

ROMEO: Dating app Romeo has surveyed its Indian users to find out how the repeal of Section 377 there

will affect their lives. Among the findings: Only 6% of the gay men in India are truly out of the closet.

KESHA: Yes, you can take a cruise with Kesha — a weird 'n' wonderful one!

NME: Rami Malek hedges when asked if Freddie Mercury was a gay icon. Hint: He was.

LGBTQ NATION: A lunatic Christian in Iowa has burned four of the facility's gay books. memorializing his un-American behavior in a Facebook video.

GR8ERDAYS: Are these the 50 best movies ever? Because should Carol really be on that list?