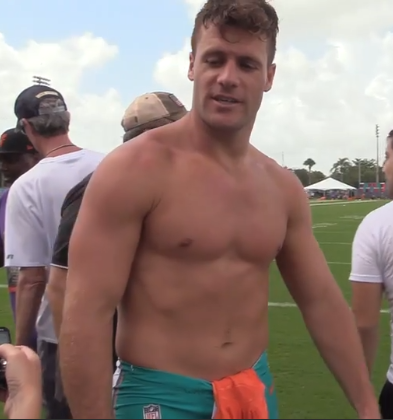 Kiko Alonso in his preferred getup (Image via video still)

KENNETH IN THE (212): Nearly naked came the linebacker. 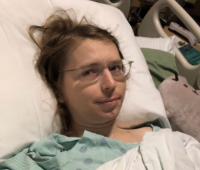 After almost a decade of fighting — thru prison, the courts, a hunger strike, and thru the insurance company — I finally got surgery this week.

She also tweeted a post-surgical pic, looking humbled and happy. 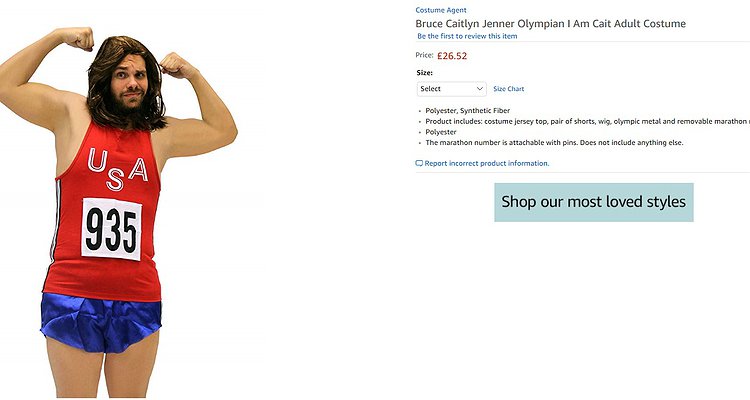 Not funny. (Image via Amazon)

ATTITUDE: Meanwhile, at least one vendor still thinks it's cute to mock people who are transgender, doing so under the guise of a Caitlyn Jenner Halloween costume.

STEVEGRAND.COM: The 2019 Steve Grand calendar is here, and it's Speedo-tastic. You can pre-order now, with the option to get it autographed:

JOE.MY.GOD.: In Arkansas, the Democratic candidate for secretary of state was left entirely off the ballot. But do tell me more about Democratic voter fraud.

Retired Justice Sandra Day O’Connor, the first female justice in the US, shares information about her health with the nation in a letter that her family has asked to be distributed. The Supreme Court’s public information office sent it out this morning. pic.twitter.com/gIn9J2fKSA

POLITICO: George Soros, the left-wing billionaire who survived the Nazis, received an explosive device in the mail thanks to the nonstop vilification from the right. Will anyone even be talking about this tomorrow?

LATE NIGHT WITH SETH MEYERS: Seth Meyers takes on Trump's new nickname for Lyin' Ted Cruz ... Beautiful Ted Cruz ... as well as his insistence that Democrats are nothing but an angry mob: