WOLFY: David looks great in briefs and boots — and in nothing at all — for Vincent Six's camera.

NBC NEWS: Georgia's Republican candidate for governor needs to be sued — he is in charge of voter registrations, has been found to be sitting on 53,000 of them, and has canceled over 1.4 million voter registrations since 2012 — 670,000 in 2017. This should land him in jail, not the governor's office. (Both might happen.) Oh, surprise-surprise, most of the held-up registrations belong to black people, and his opponent is black.

HUFF POST: Fucking Melania Trump whines that she is “the most bullied person” — in the world! Lady, I would bully you so hard. You have not tasted bullying. What galls me about her comment, other than the self-absorption and myopia, is the fact that the term “bullying” should be reserved for truly powerless people, preferably minors. Adults can be harassed severely, and I do sympathize with that (and have experienced harassment and stalking, etc.), but it's different than bullying. And when you're filthy rich, considered beautiful and the wife of the POTUS, fuck you, you're not bullied or harassed, you're criticized. Get. Over. It. 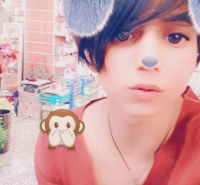 TOWLEROAD: A 15-year-old gender non-conforming person (pictured) was brutally stabbed to death in Baghdad, and the murder was filmed by the murdered. Horrifyingly, as the teen lay dying, the killer asked their name and joked about how their guts were hanging out. The teenager bled to death. The killing became a worldwide trending topic on Twitter — #حمّودي_المطيري —with many in the Arab world decrying the senseless slaughter.

NYT: The 2019 Met Gala theme is camp, with a hat tip to the legendary Susan Sontag's 1964 essay “Notes on Camp,” which presented the concept to a wide audience and made her famous. Lady Gaga, Gucci's Alessandro Michele, Harry Styles and Serena Williams will join Anna Wintour as co-chairs of the show. I'm curious to see how Madonna approaches this because I do not see her as a public figure who really understands camp. (Debbie Harry, ditto.)

Pat Carroll, the original voice for Ursula, is alive and well at 91, BTW! (Image via Disney)

THE MARY SUE: Speaking of Gaga, she's up for the role of Ursula in a live-action The Little Mermaid film. This seems like a dumb idea. She can have any role she wants right now, so why take over a role that should really go to a plus-sized performer? (Prediction: She'll never do this.) 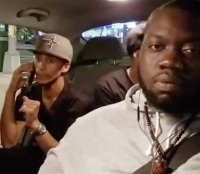 THE ROOT: Trump-voting Lyft rider — a Hispanic queen! — goes on crazy, classist, racist rant against black driver. (P.S. He was later fired from his job.)

JOE.MY.GOD.: Eric Holder is not a “we go high” kinda guy. And I'm good with that. I honestly believe — due to their unique positions in history — the Obamas had no choice but to go high. I do not believe Michelle's mantra is stupid, I just think it is Obama-specific. We need to fight, not cut slack and be high-minded. Decorum is dunzo.

As a child, White House immigration adviser Stephen Miller "would pour glue on his arm, let it dry, peel it off and then eat it," his third-grade teacher said.

Hey, the booger-eaters of the world do grow up and hold jobs, but you kinda hope they won't be anti-immigration czars.

(Image via Brothers of Summer)