BELOW: Keep reading for an adult baby on TV, more Saudi fallout, Elizabeth Warren vindicated (not that it will help), a book of rape jokes, Tab has gone missing, Nick Jonas's good deed and much, much more ...

I volunteer to burp him! (GIF via NBC) Just lie back and enjoy this new book. (Image via powerHouse Books)

WORLD OF WONDER: Yes, there is a new book of rape jokes. No, it's not what you think.

TOWLEROAD: That amazing Banksy stunt with the shredder wasn't as amazing as he'd hoped — the whole painting was supposed to get rended.

HUFF POST: Mnuchin has bailed on that Saudi summit; I'm shocked. He must've really been pressured, because he and other Trumpsters have zero conscience. For example, Jared Kushner's reportedly been chatting with the Saudi prince on ... WhatsApp. The collusion and criminality is beyond trolling at this 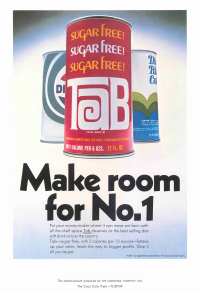 NYT: There's a Tab shortage. Has anyone noticed?

NEWNOWNEXT: Nick Jonas, so often trashed as being some kind of gay-baiting faux ally (including by right-wing turncoat Chadwick Moore), donated $50,000 to GLAAD. Meanwhile, gay icon Britney Spears — who, honestly, has done very little to promote gay rights other than being clearly in favor of us — will join GLAAD's Las Vegas Spirit Day rally, so good on her. I hope the big announcement she makes there isn't self-serving; that recent tweet scandal was cringeworthy.

ADVOCATE: Trailblazing out former ballplayer Billy Bean says MLB is on board with Spirit Day, too — paving the way for the first out baseball star?

FIVE THIRTY EIGHT: A useful chart that examines which possible 2020 presidential candidates are actually acting like candidates so far. Ugh. Bernie Sanders is #1 here, in spite of what the article argues is a lack of support. Biden is right behind him, with many other notables on their heels. No interest — at all — in Bernie trying again. Of course, I'd be happy to vote for him and would feel good about him being president, but that run would be an ego trip and probably not result in his