Justice For Joey Comunale: Rackover Convicted Of Murder, Concealment Of A Corpse Comments (0) 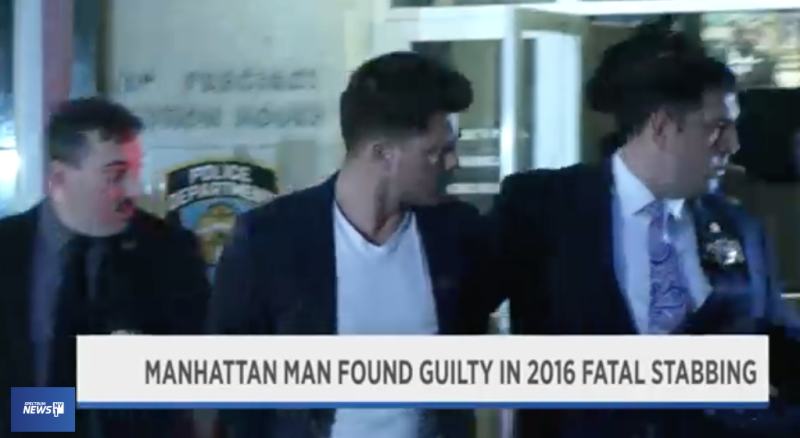 Rackover has been found guilty. (Image via video still)

NY1: James Rackover was found guilty this week of stabbing to death Joey Comunale, a man he and a friend met clubbing in 2016.

Rackover and an alleged accomplice, Lawrence Dilione, who will be tried separately — a third accomplice, Max Gemma, is set to be tried last — argued with Comunale after they returned to the apartment Rackover maintained thanks to his sugar daddy, jeweler Jeffrey Rackover, who went so far as to adopt the younger man and call him his son.

Rackover stabbed Comunale at least a dozen times. The body was tossed from the high-rise window to avoid detection on surveillance cameras before being driven to a remote location and burned the body as it lay in a shallow grave. Rackover will be sentenced next month.

The case was clinched in part thanks to testimony from star witness Louis Ruggiero, a mobster's grandson and son of popular FOX news personality Rosanna Scotto, who testified that Rackover had coolly confessed to the slaying, admitting he'd ordered pancakes from a diner after the killing and ate “like nothing ever happened.”