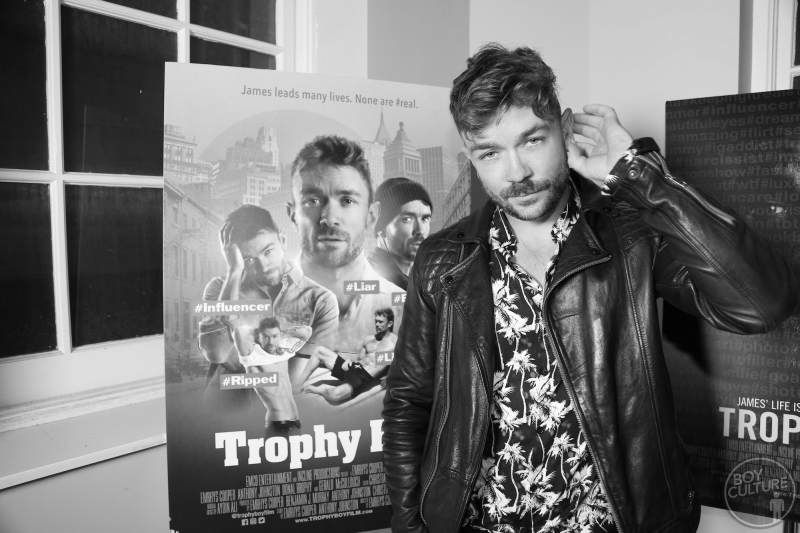 Cooper (All images by Matthew Rettenmund)

I stepped out to the Bureau of General Services - Queer Division in NYC to watch Trophy Boy for the second time. The sharply written and observed short film, featuring impressive performances by director Emrhys Cooper and writer Anthony Johnston, definitely leaves one wanting more.

Luckily, Cooper and co-star Donal Brophy announced at the screening that the project had been sold for a series! More on that once details are released, but they've already sketched out a Season 1.

Keep reading for snaps from the short but sweet event ...

Here's Cooper (with Brophy beside him) speaking on the topic of how social media can affect us emotionally: 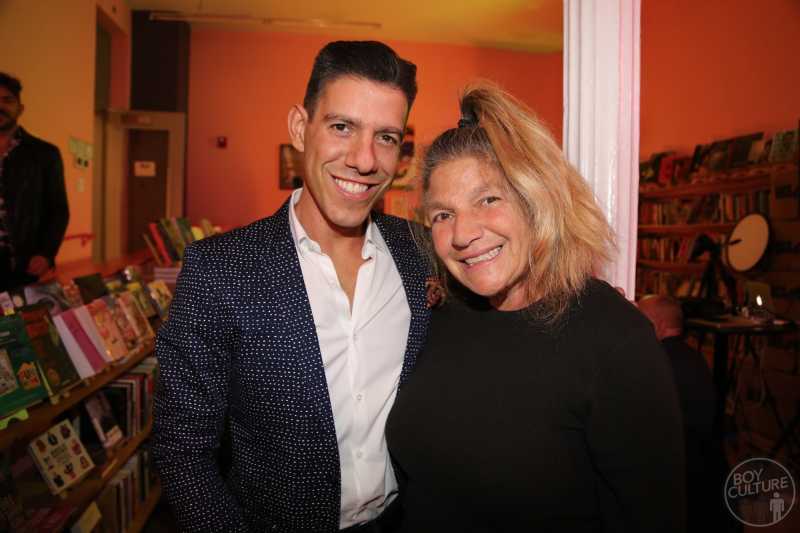 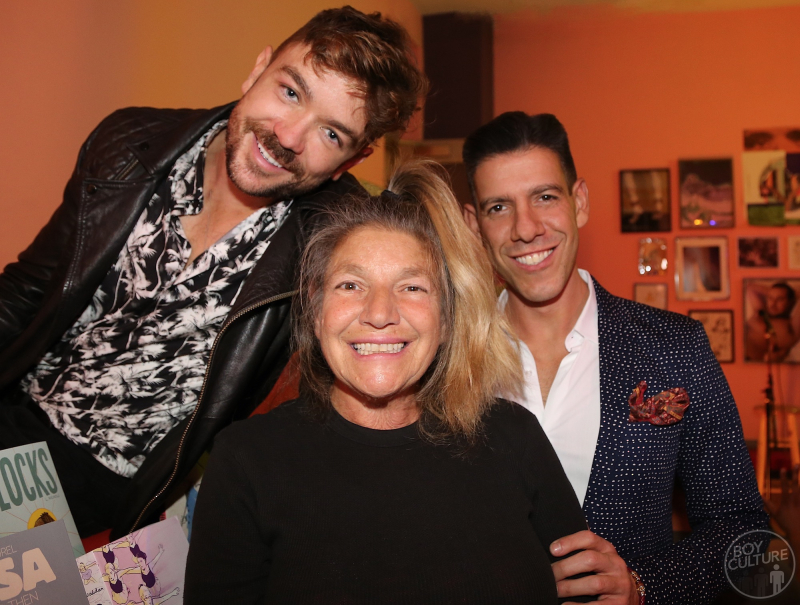 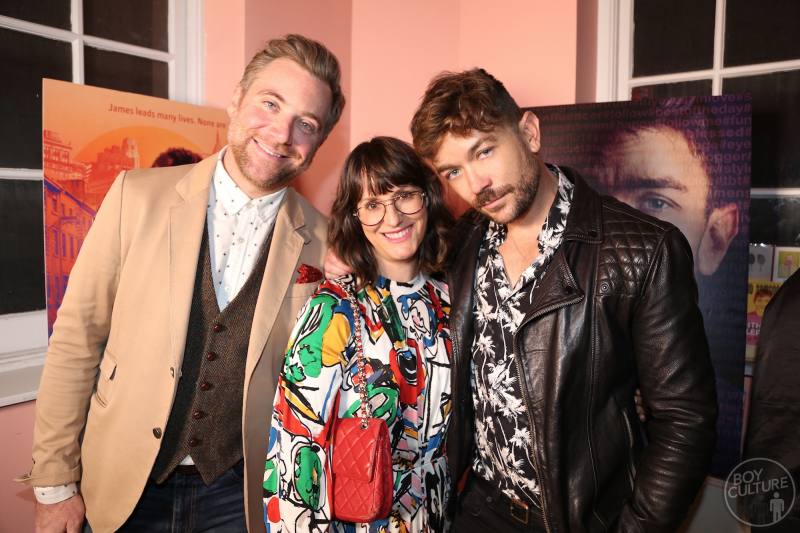 Brophy & Cooper with their series producer 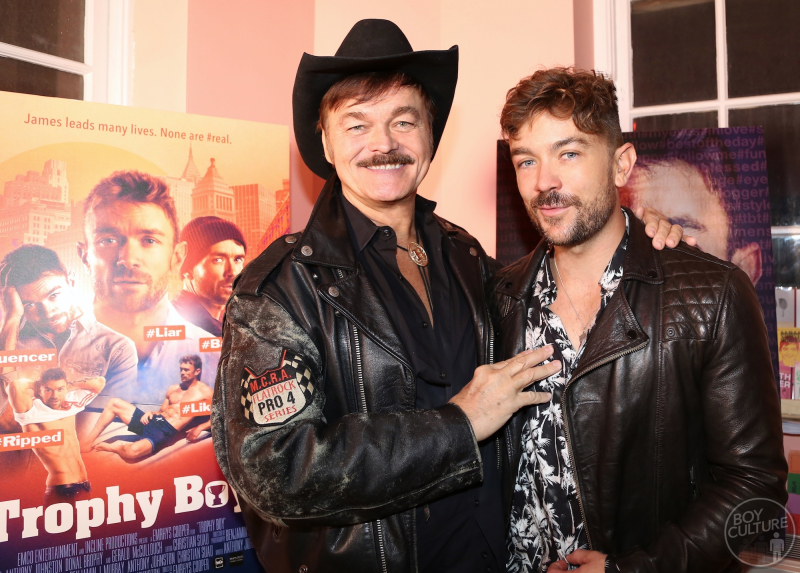 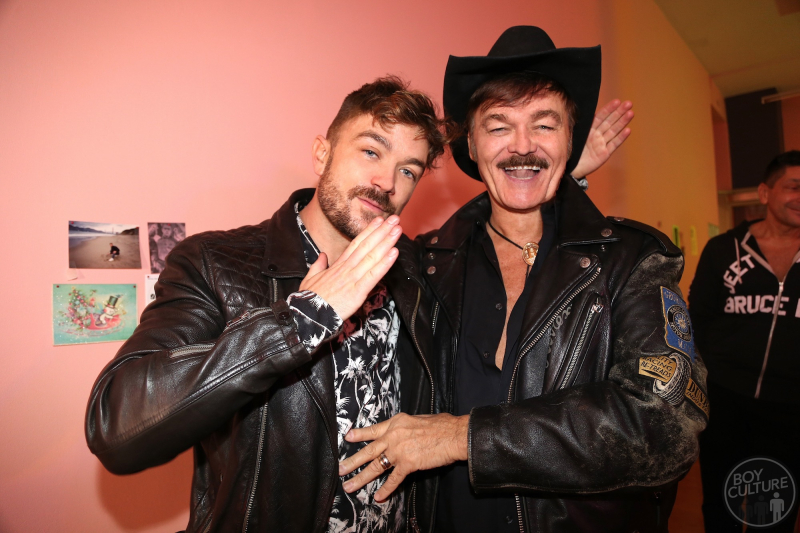 Hamming it up with original Village People person Randy Jones 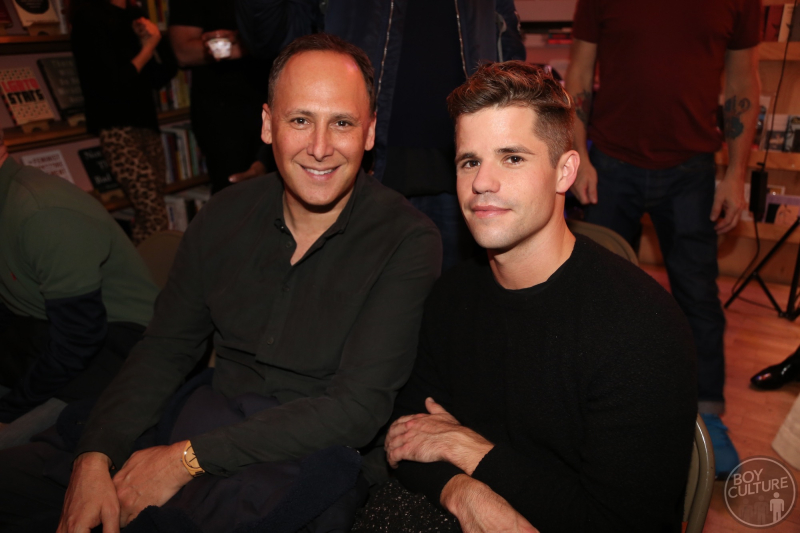 The Boys in the Band actor Charlie Carver was in the very appreciative audience. 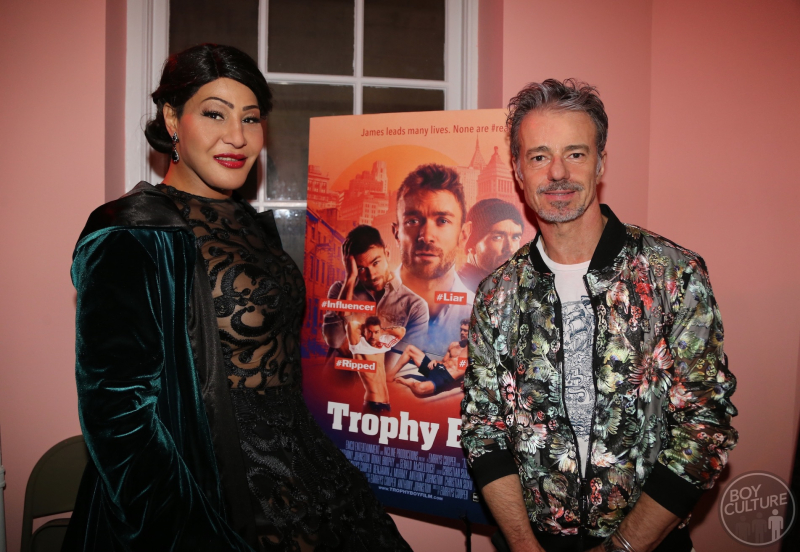 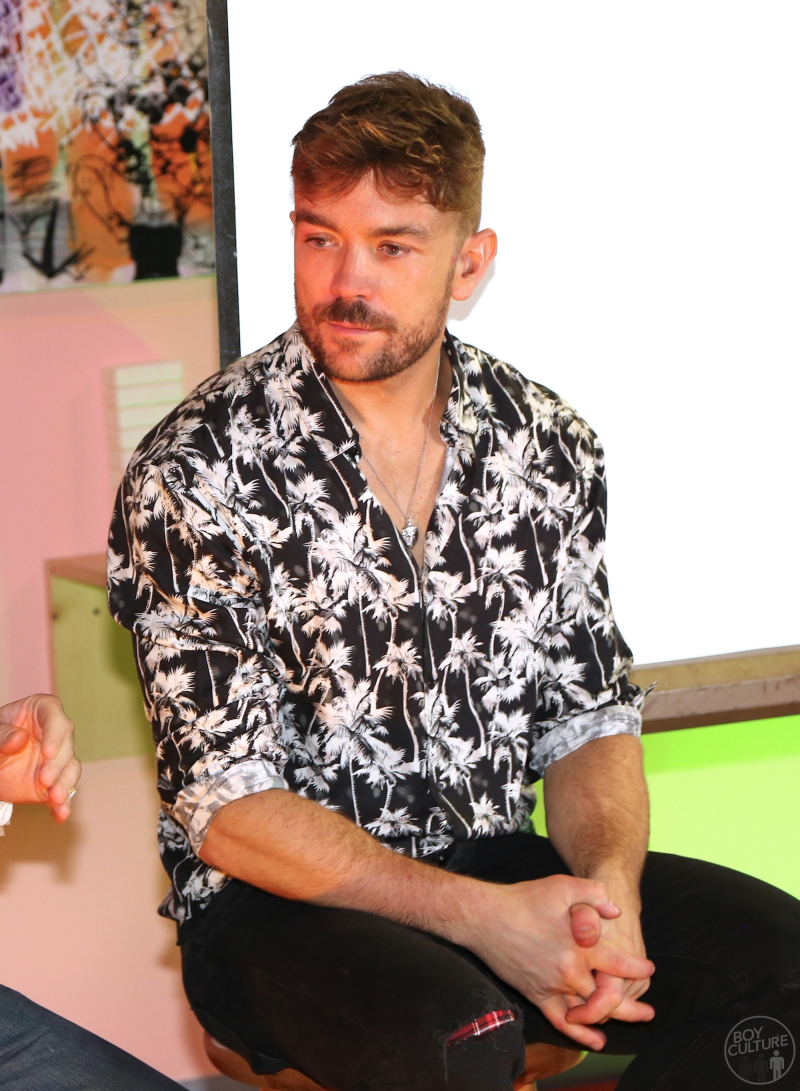 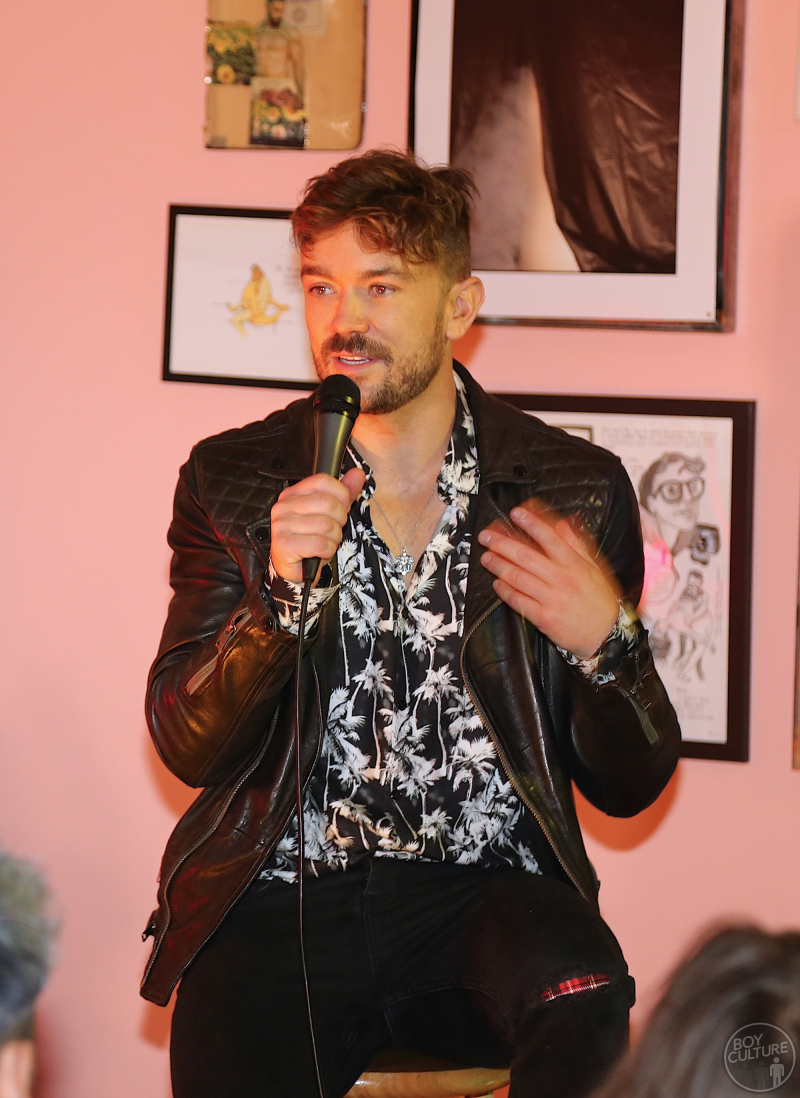 Two looks during the Q&A