BELOW: Keep reading for gay liberals who jumped on the Trump Train, a sexy cover model with a nice spread, Ross Mathews breaks it off with his longtime partner, Bertolucci's final credits and more ...

Try these on for thighs. (Image via Fantastics)

MEN AND UNDERWEAR: Fantastics gets an appropriate cover model.

INSTAGRAM: Ross Mathews announces he has split with his partner of 10 years.

NYT: Meet two of the biggest assholes of all time, the gay llberal couple who supported Democrats up to and 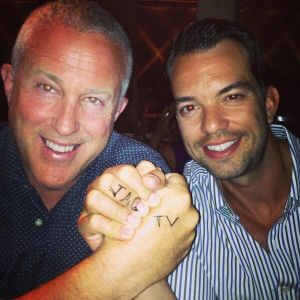 including Hillary on election night 2016, but who stopped on their way home that night to buy a Trump button. They're now huge, braggy Trump supporters, and they base most of it on feeling personally slighted by the Dems. Case in point:

Then there was the time in 2016 when Mr. Eure said he had headed to Philadelphia from the Hamptons to watch Hillary Clinton speak at the Democratic National Convention.

A windstorm had grounded all the commercial aircraft, so he pulled gilded strings to borrow a friend’s helicopter, he said. But as the couple rushed to say hello to the candidate, a staffer blocked them.

“This was about because we didn’t write a $25,000 check” in the final stretch of her campaign, Mr. Eure said.

“Some people give their time and resources to causes and candidates for the right reasons, some don’t,” Mr. Merrill, Ms. Clinton’s spokesman, said. “No better indication of which case this is than to watch a guy decide to embrace Trump and all he stands for because he couldn’t get his picture taken one night.”

This sums up who these two are. Jesus God, I am the kng of loving a good selfie, but you can't sell your soul based on access. The stories these so-called men tell in their own profile are so damning of who they are as people.

JOE.MY.GOD.: Speaking of right-wing gays, former California politician David Dreier says the GOP deserved its 2018 shellacking for refusing to stand up to Trump.

THE GUARDIAN: Her BF has looked up pictures of men in lingerie online and she wonders if he may be gay.

PITCHFORK: I spoke with Mel Cheren quite a few years ago about writing a book for/with him. He was very complimentary, and it's the only book offer I have ever regretted turning down. Just speaking with him more would have been worth it, even if it wouldn't have been lucrative. The pioneering gay founder of West End Records died in 2oo7 of pneumonia after acquiring HIV, he said, from a hustler he had a special relationship with.

Now, West End Records is making a comeback, and Pitchfork helpfully gathered some of its past glories.

JOE.MY.GOD.: Former border-patrol boss defends use of pepper spray on kids because “it's so natural you can put it on your nachos and eat it.” Homeland Security Sec. Kirstjen Nielsen says her agency — for now, she's about to get shit-canned — “will not hesitate” to do stuff like this again.

America has always been a beacon of hope for the world.

And now we are launching tear gas at babies in diapers.

And @realDonaldTrump, you are a coward. pic.twitter.com/qX6cvKlqz4

POLITICO: Will Kirsten Gillibrand's heavyhanded approach to Al Franken cost her in 2020? 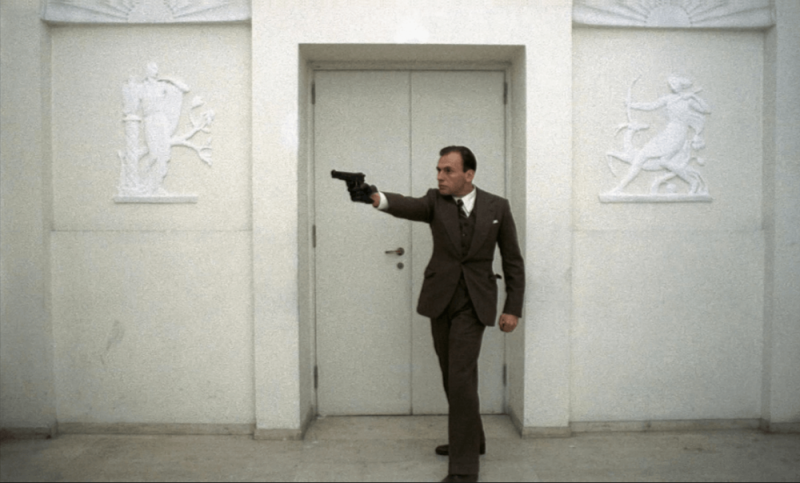 Scene from The Conformist (Image via video still)

TODAY SHOW: Padma Lakshmi opens up about why she came forward as a victim of rape — and it was in part due to Trump's cavalier, uncaring attitude toward #MeToo.

Lena on me (GIF via HBO)

THE CUT: This new Lena Dunham piece is everything — if you can stand her. Choice piece:

Dunham entered pop culture through a narrow doorway. Her breakthrough film, Tiny Furniture, established her raw, self-loathing, self-referential weirdo art. Before it hit theaters, she had to show it to distributors. One guy loved the movie but told Dunham, then 23, that he couldn’t stand the main girl, not realizing she was the main girl. “Her voice just gets to me,” he said. “It’s so grating.”

“I always feel like that’s been a metaphor for my career,” she says. “ ‘Everything about it is so interesting. It’s so well-made. Cannot stand that main girl.’”

And yet, this is he really juicy part:

An incomplete list of things Dunham has been asked to apologize for: the nondiverse casting on Girls; casting Donald Glover as a black Republican boyfriend the season after she got in trouble for having an all-white cast; saying in an interview, “No one would be calling me a racist if they knew how badly I wanted to fuck Drake”; declaring herself “thin for, like, Detroit”; writing a New Yorker essay called “Dog or Jewish Boyfriend? A Quiz”; constantly being naked; tweeting a photo of herself wearing a scarf around her head like a hijab; accusing a Spanish magazine of airbrushing her photos (it did not); comparing Bill Cosby to the Holocaust; giving Horvath a brown baby at the end of Girls (and casting a baby that was Puerto Rican and Haitian, not half-Pakistani, as the script dictated); comparing the reading of negative Jezebel coverage to getting beaten in the face by an abusive husband; accusing NFL player Odell Beckham Jr. of not wanting to sleep with her; saying she disliked India because of the visible poverty; apologizing but never learning.