BELOW: Waterboard Trump in your commode, ogle Tom Goss in a Speedo, chastise Ivanka for using her email kerfuffle and more ... 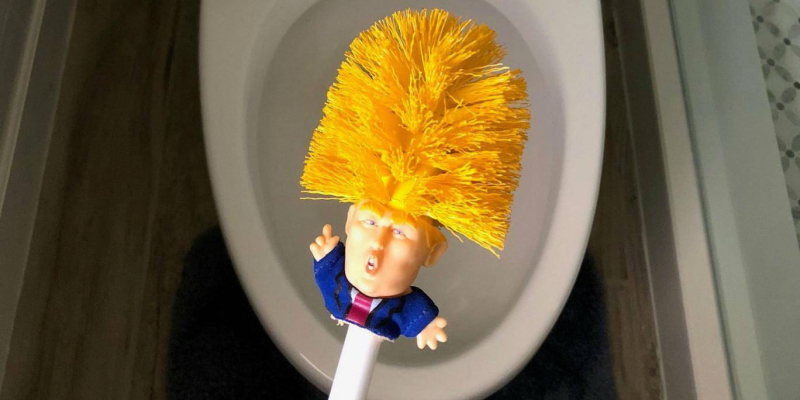 Give 'im the brush-off! (Image via Etsy)

INDY100: Yes, Virginia, there is a Donald Trump toilet brush.

TOMGOSSMUSIC: A limited-edition Tom Goss beefcake calendar is here, and it's selling like hot cakes. 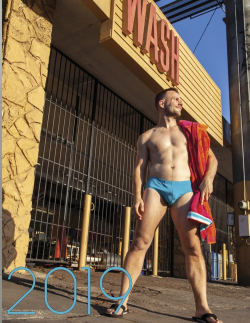 WAPO: Donald Trump's complicit snake of a daughter, Ivanka (to be clear which one), has been caught using her personal email account for 100s of official communications. Lock. Her. Up.

NBC NEWS: Cross Coburn, who is just 19, has been voted out of his political job in Groves, Texas — all because he send nudes on Grindr. Yeah, in 2018. He sent nudes privately to someone he was chatting with, who then sent their chat and his images to the town's mayor. The mayor told Coburn, a council member, he should resign:

But Coburn refused to resign. The mayor called him again, Coburn recalled, and said it

would be best if he made a decision by the following Wednesday.

“I call him back and ask him, ‘Mayor, what exactly am I supposed to be making a decision on?’” Coburn told NBC News. “At this point he snapped.”

According to Coburn, Mayor Bailey then said, “Now I’m getting pissed. It’s about time you grow up and take responsibility for your actions, you cannot hide from your past.”

Soon after, a different set of anonymous envelopes containing the same information and images was sent to local news outlets, which published stories about the salacious photos.

When the issue was put to a vote, the town approved getting rid of him overwhelmingly — by over 60%. Unreal. Who cares? It's a private issue, he's an adult and, furthermore, he was clearly catfished explicitly to endanger his job.

WGN: Three people, including a cop, were killed in the shooting at Chicago's Mercy Hospital, which apparently began when a dumped fiancé showed up to demand that an ER employee return his ring. She attempted to flee, was gunned down, and he then shot the others before dying himself. Physicians — so recently told by the NRA to stay in their lane on the topic of gun control — are understandably speaking out about why gun control is a health issue.

NYP: The Crown Prince of Saudi Arabia had Jamal Khashoggi brutally murdered and dismembered over an 11-minute period, had his body dumped, used a body double to confuse the world as to his ultimate fate — and the CIA now accepts this as fact. But Trump is blowing it off because friends:

Says MBS may or may not have known about #Khashoggi murder. 3 page statement here : pic.twitter.com/HHwjH73qlc

I'll tell you what, this wouldn't be happening if he'd been a Fox News journalist; he worked for The Washington Post.

EXTRATV: Amandla Stenberg will be honored as a Youth Innovator by the Trevor Project at its TrevorLIVE gala in L.A. in December. Get your tickets here.

TRUE CRIME DAILY: This guy in — where else? — Florida was charged for having sex with a miniature horse. But it's okay — he used a condom.

KENNETH IN THE (212): This guy's thighs in the Maldives — just viewing them is a mini-vacay. 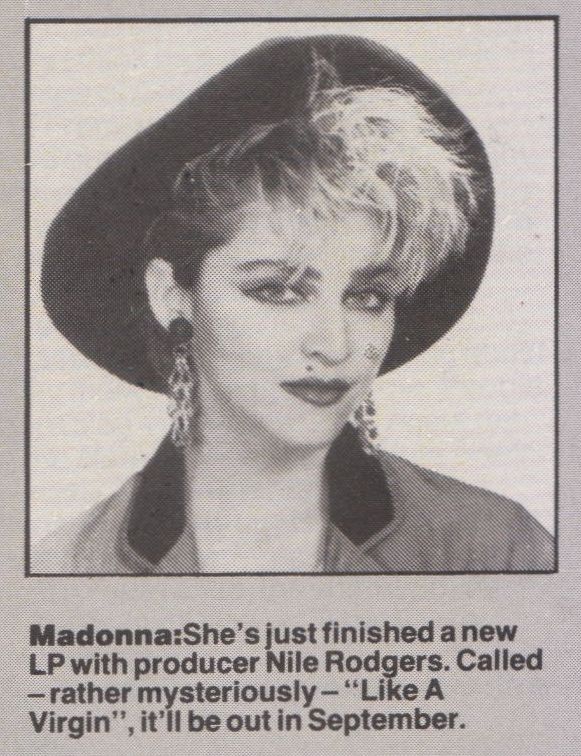 Every time Madonna appeared in Smash Hits or No.1 scanned — every one! (Image via Shane Marais)

GR8ERDAYS: Madonna appeared in UK teen mags constantly from 1983-1989, making it almost impossible to have seen everything ... but Shane Marais has scanned them all for your viewing pleasure.