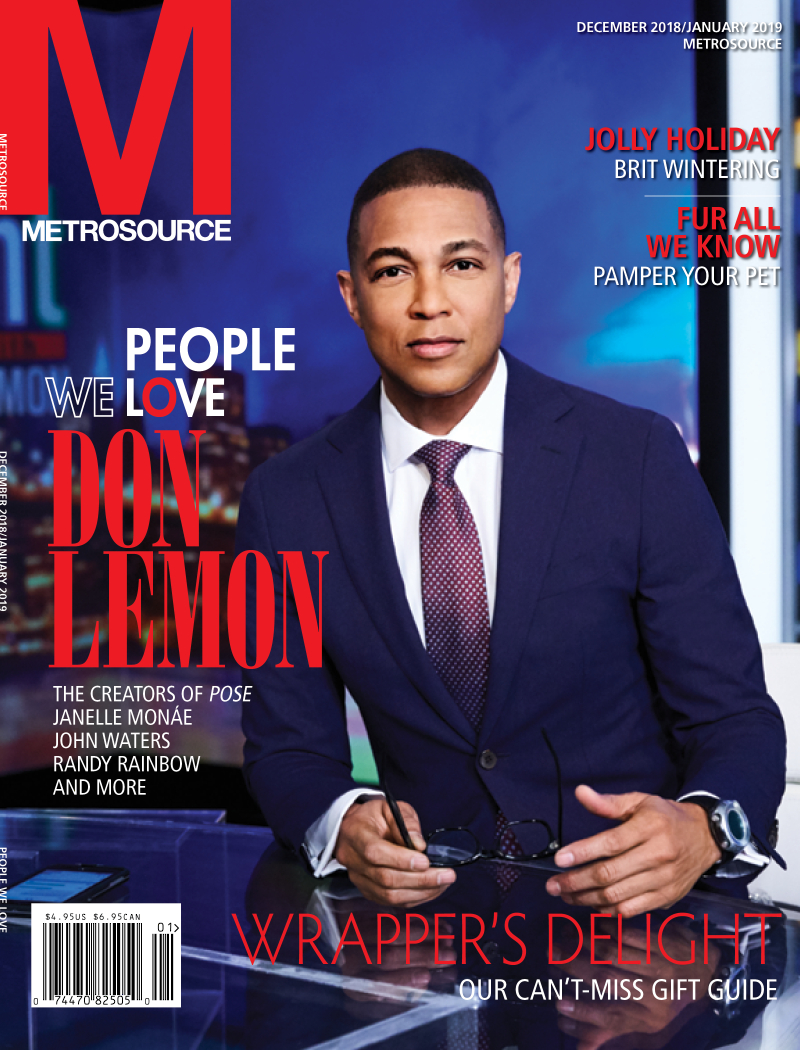 The Dec/Jan issue of Metrosource highlights 20 LGBTQ icons as a part of the mag's People We Love Issue.

The cover man is Don Lemon, who says inside:

I have been in this business for 27 years, and I’ve only had credible threats against me for the first in the past couple of years,” laments Lemon in the article. “I have security now – for the first time.  You know the only difference now versus the other 25 years or so … is Donald Trump.

On the topic of intersectionality and discrimination, he pulls no punches:

If you’re critical of others, you should expect the same. But I do have to say as much discrimination as there is towards gay people — and it’s awful — I have received far more for being a person of color that for being a gay man.

Check it out here!