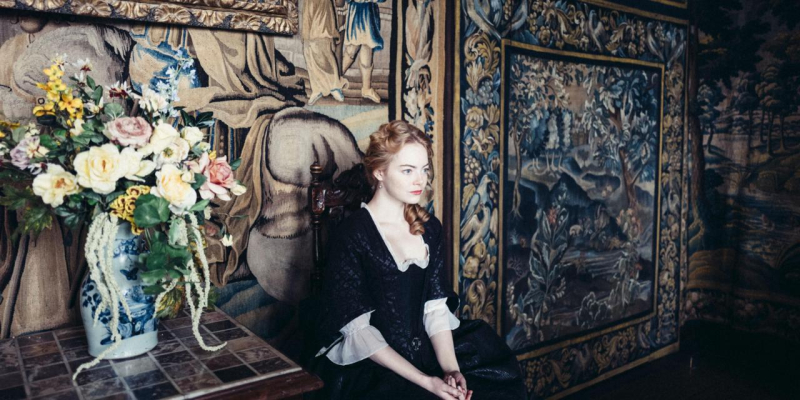 Yorgos Lanthimos's The Favourite teaches the kids that shade is nothing new, and that the desperately insecure trolls surrounding royalty may have been kings and queens of the art form centuries before social media made it look easy.

In the historical, and hysterical, drama, incompetent, corpulent, half-blind, capricious Queen Anne of England (a Oscar-worthy Olivia Colman of Broadchurch fame) is the subject of the aggressive machinations of her consort the Duchess of Marlsborough (razor-sharp Rachel Weisz) and the Baroness Masham, a cunning up-and-comer (perfect Emma Stone).

The Duchess seeks to manipulate England's war movements to benefit herself at the cost of her fellow citizens, while the Baroness Masham simply desires to have what her rival, and cousin, has got — job security, as it were, as a favourite of the throne. In order to obtain it, and after having been treated like trash by the Duchess, she soon discovered she is capable of just about anything, including usurping the Duchess's secret position as the Queen's extremely intimate masseuse and much, much worse. 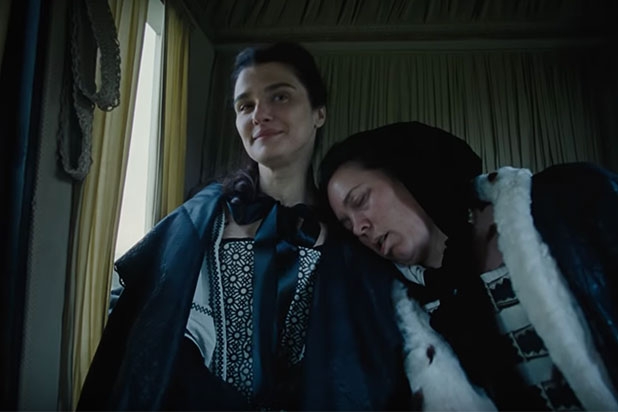 You're going down — actually, we both are.

This 17th-century All About Eve has a Barry Lyndon vibe — beautifully shot, gleefully iconoclastic (C-words drops like a gentle rain over the proceedings), humorously lusty — and the kind of bitchily witty dialogue sure to become classic quotes that extend well beyond the art set.

The women of this scabrous sketch are equally fine, making it hard to know which to detest more and when, and for which to grudgingly root. Sexy Joe Alwyn and a hilariously foppish Nicholas Hoult are a riot as the men whose own agendas are so puny and impotent in comparison to the grand schemes of the women they think they're bettering.

Like Anne's beloved rabbits, the peril keeps multiplying ... who will win? Will anyone?

The Favourite is a new Dangerous Liaisons with more than a dash of the inspired lunacy that characterizes Lanthimos's other work, especially The Lobster. Here, the shell game is even more intense.