ABOVE: Maxwell Caulfield is 59 today! Celebrate by following my nostalgia Instagram HERE, and/or by ogling some of his sexiest looks HERE. Not very good at not getting caught (Image via Str8UpGayPorn)

TOWLEROAD: Hey, LGBTQ Trump voters, thanks again — Trump is now taking his failed military trans ban to the Supreme Court. That's how fucking much he despises LGBTQ people. If he succeeds, gays are next.

OUTSPORTS: Cross-country runner Emily Scheck, 19, was disowned by her parents when her mom discovered she is a lesbian, and had all her college financial support yanked. Now, she's finding strangers are willing to pitch in, and it's taught her a valuable lesson about family.

HUFF POST: Human shitbag Jerome Corsi (who swift-boated John Kerry, is a birther and has lied about every Democrat he's ever written about) is apparently in talks with Mueller for a plea deal. He had previously told his flock he expects to die in prison.

JOE.MY.GOD.: A New York court asserts that sitting presidents — like Sitting Bullshit — can, in fact, but sued.

GAY FLESHBOT (WORK UNFRIENDLY): Diego Barros shows as much as he can get away with on Instagram. 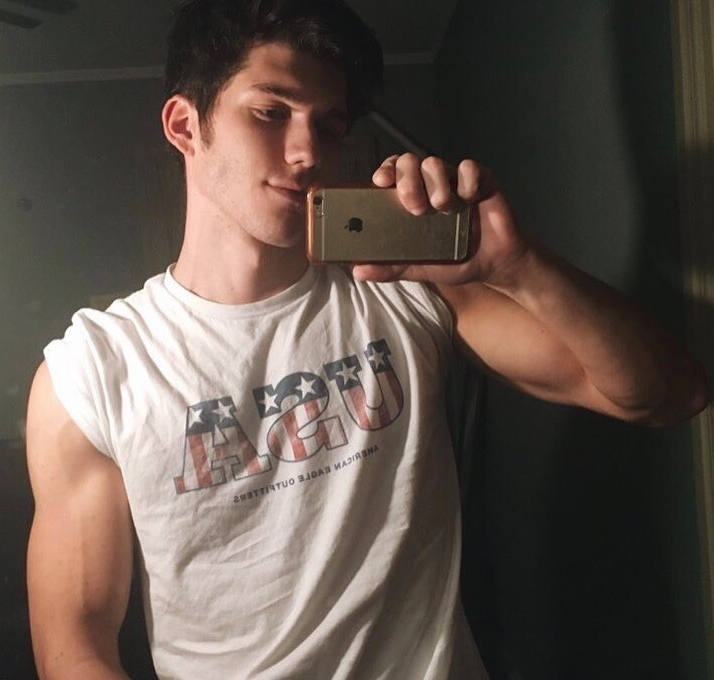 GUYS WITH IPHONES: I mean, does it get cuter than him?