BELOW: Gay men are seeking out silicone injections — and dying from them; Facebook, Grindr and Chik-fil-A are problematic; a Trump Cabinet member covered for a serial abuser of underage girls; and more ... 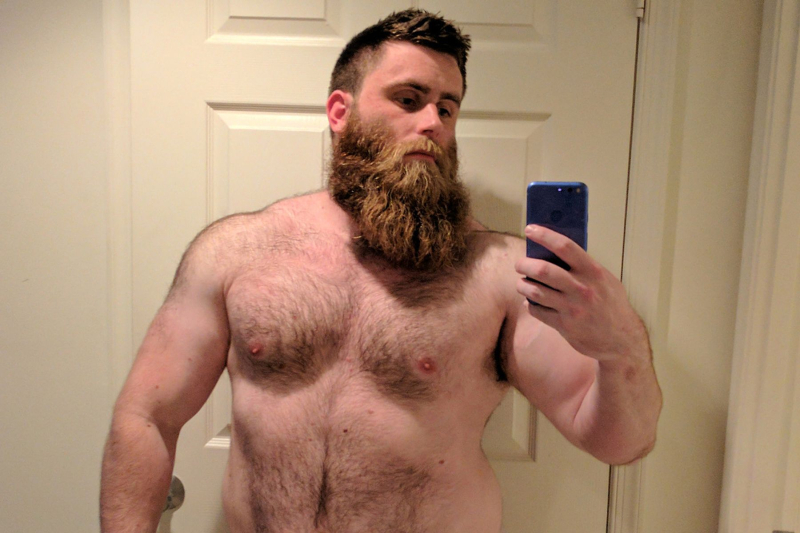 Dovak died as a result of wanting to look bigger. (Image via selfie)

ROLLING STONE: Gay men are following trans women into the deadly world of getting silicone (and whatever else is mixed in) injections in order to have a better body. The case of Peter Dovak is heartbreaking, with his surviving partner recounting his body dysmorphia that led him to get injections — and to die from it in his prime:

Among the people dead from injecting silicon were Dovak who died last November, a Miami trans woman who died from injections to her butt (Oneal Ron Morris, the woman who injected her, was sentenced to 10 years for practicing medicine without a license), and last month, Tumblr gay celebrity Tank Hafertepen — the partner of the man Dovak went to for advice — died of a lung hemorrhage caused by, in part, silicon injection syndrome, according to his death certificate obtained by Rolling Stone.

My sympathies to Dovak's partner. 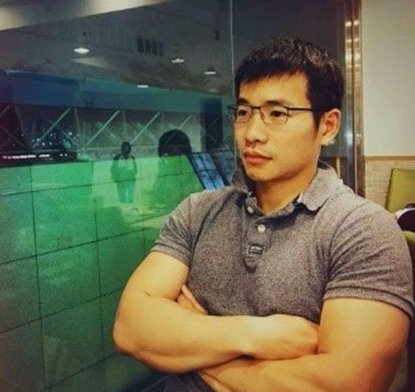 INTO: INTO, Grindr's news vertical, is telling on its parent company's president and former CTO Scott Chen, who in a now-deleted Facebook post this week asserted that he believes marriage is a holy union between a man and a woman before going on to say that donating to Christian and other anti-gay causes (in the context of Taiwan's marriage referendum) is against his beliefs.

When I posted about this on Facebook (not suggesting a boycott, but simply reporting on the offensive irony), several commenters immediately said it didn't matter, and some reasoned that it's okay because Grindr isn't about marrying, it's about hooking up — as if that had anything to do with the fact that the president of one of the world's biggest exclusively gay-targeted businesses thinks marriage is a holy union between a man and a woman. You guys would've been useless at Stonewall. The guy's opinion is outsized because of his position, and the fact that he's in China and is speaking about Taiwan — where LGBTQ people may or may not get the right to marry after the disastrous vote — also carries outsized meaning.

Ms. Sandberg, Facebook’s chief operating officer, asked for the information in an email in January to senior communications and policy executives. The email came within days of a blistering speech Mr. Soros delivered that month at the World Economic Forum, attacking Facebook and Google as a “menace” to society and calling for the companies to be regulated.

Ms. Sandberg, who was at the forum — but was not present for Mr. Soros’s speech, according to a person who attended it — told subordinates to examine why Mr. Soros had criticized the tech companies and whether he stood to gain financially from the attacks. At the time, Facebook was under growing scrutiny for the role its platform had played in disseminating Russian propaganda and fomenting campaigns of hatred in Myanmar and other countries.

ADVOCATE: This is unreal — Mike Pence, who fueled an HIV outbreak in his home state via his utter lack of empathy and his rejection of science, spoke at a White House World AIDS Day Event, at which he repeatedly lied and at which he refused to mention the LGBTQ community.

EATER: Chik-fil-A does not want you to call it anti-gay. It just wants to fund anti-gay causes and continue taking your money and stuff. I like aspects of capitalism and am not across-the-board anti-business, not by a mile, but the spate of news about how these giant companies behave with our money (and in the cases of Grindr and Facebook, our personal information) certainly makes me understand why some people are completely mistrusting of all businesses.

NBC NEWS: Another day, another Uber assault: A gay couple is alleging their Uber driver kicked

things off by demanding to know, “Are you fags?” One was dragged, half in, half out of the vehicle, down the street while attempting to get out, and both are alleging nearby cops were useless and even mocking. The NYPD vehemently denies the men's story that they were treated dismissively.

MIAMI HERALD: Trump Cabinet member covered for serial predator of underage girls Jeffrey Epstein. The people involved in getting him a sweet deal are a rogue's gallery of, well, rogues:

HUFF POST: Far-right judge who had been about to squeak into a lifetime position is sunk — when two Republicans decide against supporting him. One is black Republican Tim Scott, who just could not stomach the judge's blatant racism.

METROSOURCE: Can one accidentally sleep with a gay Catholic priest? Apparently so.

VANITY FAIR: Awkwafina is getting her own series on Comedy Central — and it will feature out actor BD Wong!

DEADLINE: Timothée Chalamet is extensively interviewed over at Deadline, where the once in a generation talent is lauded for his (spectacular) performance in Beautiful Boy. 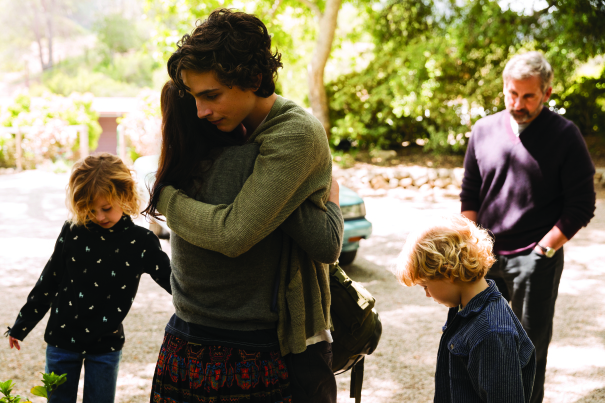 I liked the movie; I loved Chalamet's painfully beautiful performance. (Image via Plan B)