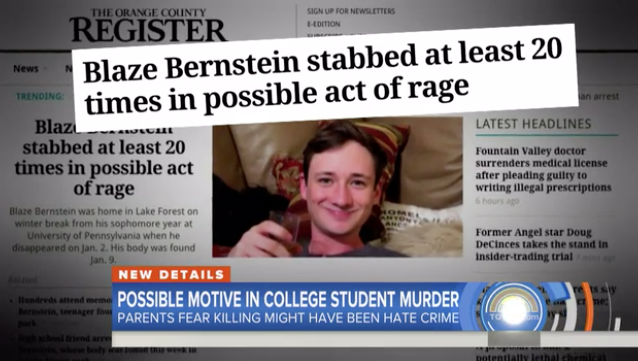 CNN: Trump's illegally acting A.G. Matthew Whitaker was behind the prosecution of an out gay Democratic politician in Iowa, and the details sound appalling:

The trial lasted more than a week, with prosecutors trying to prove the business partner never agreed to pay McCoy for his consulting and the defense torpedoing the partner's testimony because he couldn't recall many details and admitted he had trouble with sobriety, according to Des Moines Register articles on the trial.
In the end, the jury reached a not guilty verdict in an hour and a half, including time for lunch, according to The Des Moines Register.
“I believe it was a political prosecution, there's no doubt in mind, I'm 100% certain that it was,” McCoy said, adding he believes he was targeted not just because he's a Democrat, but also because he's gay. “As US attorney (Whitaker) spoke at Christian Coalition events and would often refer to bringing God into his decision-making process and being guided by God's hand," McCoy said, "and so I believe that he was very much resentful of my lifestyle and I believe that played a factor in it.”

L.A. TIMES: The Woolsey Fire in California doubled in size since Friday. It has destroyed prominent rehab facilities, the historic Western Town set, threatened the mansion from The Bachelor, miraculously spared Caitlyn Jenner's home — it's a mess. A disaster, in fact. Trump's response:

Trump condemns California — as it burns. (Image via Twitter)

Yep, as WaPo reports, Trump's response was to threaten to take money from California and to blame it on poor management. (Spoiler alert: It's the feds who are in charge, so ...)

EXTRATV: Singer Teddy Geiger (who wrote Shawn Mendes's “Stitches”) announced she was transitioning in 2017, confirmed she was dating Schitt's Creek star Emily Hampshire in September and is now engaged!

WAPO: Low-energy Trump wimps out, skips WWI commemorative ceremony due to rain. Here's what PM Justin Trudeau had to say about rain some time ago.

HUFF POST: Don't count out white guy Sherrod Brown in 2020, Dems. He can bring us Ohio.

JOE.MY.GOD.: Full machine recounts have been ordered for three Florida races, including its two most important — governor and U.S. senator. When those results appear by Thursday, if they're still within .25%, then a full hand recount will commence, with results due the following Sunday (November 18). Here's hoping Nelson, at least, can pull this out. Gillum would be amazing, too, but we are more hard-pressed to keep that Senate seat.

ADVOCATE: This guy started an ex-gay ministry — but now, he preaches against conversion therapy:

Sometimes there's a crisis. In my life, there were two: The suicide of a dear friend of mine and the death of one of the guys in our group from AIDS. He left the group and moved to New Orleans. I'm assuming either he was HIV-positive at the time of the group, or contracted it when he was there, but seroconverted very quickly and moved back to Birmingham. When his parents found out, they sequestered him at home and told him this was God's judgment. They told him he was going to hell, but they wouldn't let anybody see him. As his pastor, I was not allowed to see him.

And then he died, thinking God had done this to him. It broke my heart. It's been 30 years and it still does.

All of a sudden I pulled back and said, something's wrong here. This is not what I signed up for.

HUFF POST: Fifteen-term Rep. Dana Rohrabacher (R-California) has gone down to Democrat Harley Rouda in the House. Rohrabacher was pro-Putin and anti-LGBTQ.

INSTAGRAM: Madonna's character Susan's iconic case from Desperately Seeking Susan sold for a whopping $28,125 at auction Saturday. Her actual Susan jacket (Rosanna Arquette's had sold previously) went for $87,500. Madonna is among the few '80s icons who is considered one of the greats at auction, in a league with Michael Jackson, Elvis, Marilyn, James  Dean and the Beatles — her memorabilia always scores big prices.