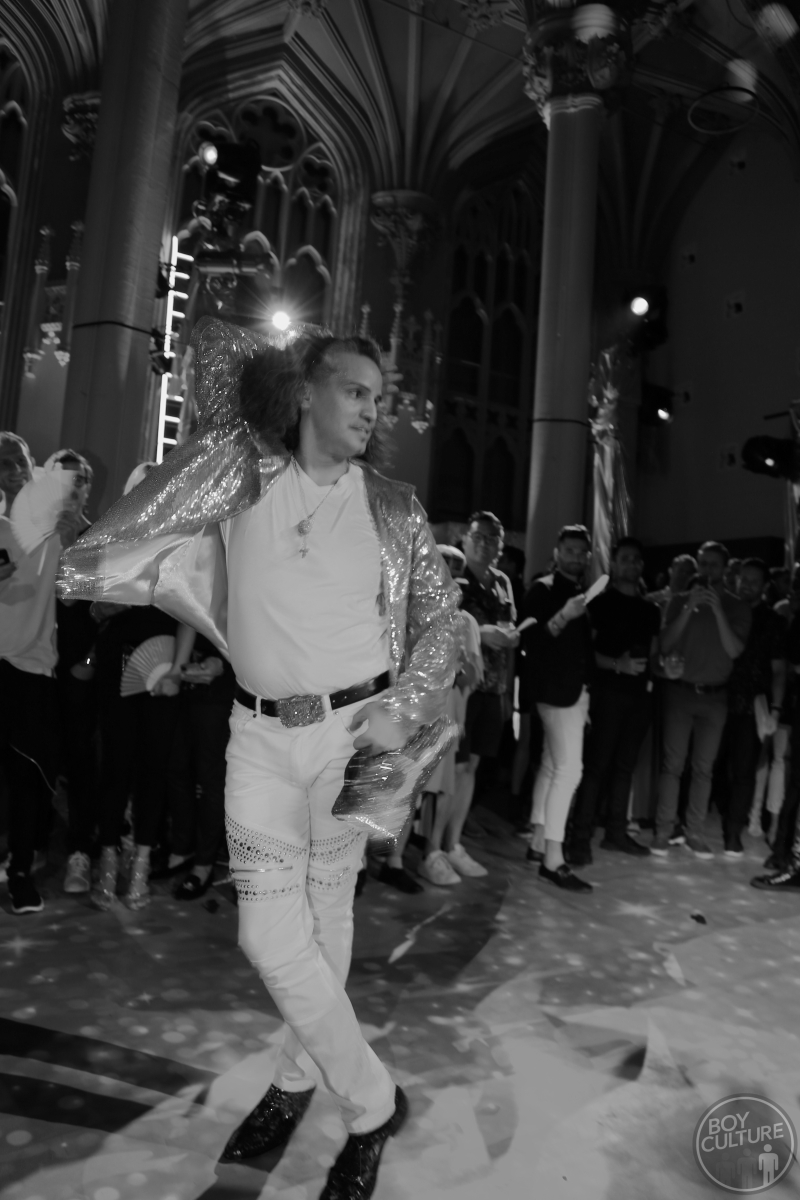 He was visible in the vogueing scenes from the breatkthrough FX hit Pose just ths year, and was a consultant on the series, and now it's already time to say goodbye to Hector Xtravaganza, who died yesterday at 60.

There is no word on exactly when or how the ballroom legend, born Hector Crespo, passed away.

An announcement on the House of Xtravaganza's Facebook page posted late Sunday read:

It is with profound sadness the House of Xtravaganza family announce the passing of our beloved Grandfather Hector. He was a friend to everyone he met, a source of inspiration for all who knew him, and a cornerstone of our House family. Arrangements for a celebration of Hector’s life will be shared in the coming days.

Xtravaganza said this year of his involvement with Pose:

It's the opportunity of a lifetime ... With Ryan Murphy, how am I going to say no? That’s the best decision I’ve made in my life… I wouldn’t have let this go for anything. Like my grandmother always said, if a door closes, liquify yourself and ooze your way in.

Xtravaganza, one of many subjects in Jenni Livingston's 1990 documentary Paris Is Burning to die way before his time, is remembered by all as a sweetheart and an inspiration. Tributes include:

Hector Xtravaganza, a legend of the ballroom world and one of the founding members of the House of Xtravaganza, has died. He was a dear, dear person and a tireless activist in the fight against AIDS. His love and passion for life was a true inspiration. #RIP pic.twitter.com/ZCtgM1S2Tf

Some you meet & make a soul connection. When I met Hector Xtravaganza I called him Abuelo. He embraced me & said, “I have a new grandson.” I didn’t know my grandfathers so having him meant the world. His last text to me was “I’m proud of you.” I’m proud of you too. ❤️ #RIP pic.twitter.com/LSny07sk3z

RIP to Hector Xtravaganza. 🙏🏻💜Grandfather of the house and ballroom pioneer. pic.twitter.com/KyFleEs8Gs

My heart is completely broken. AN ICON!!! One class act, a teacher, a leader, a friend, A FORCE!!! I told you how much I loved you while you were here, RIP HECTOR XTRAVAGANZA, you will forever be with me!! My condolences to the #HouseOfXtravaganza Dios bendiga 🙏🏽 pic.twitter.com/9soepLS25m