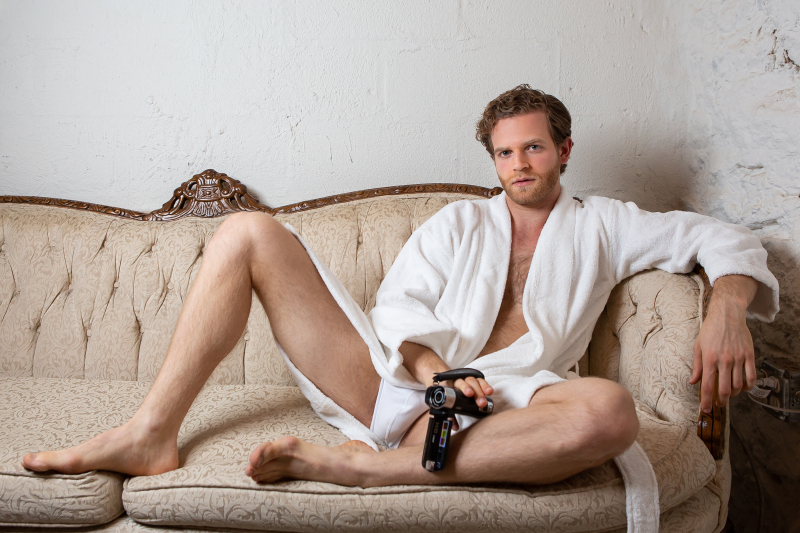 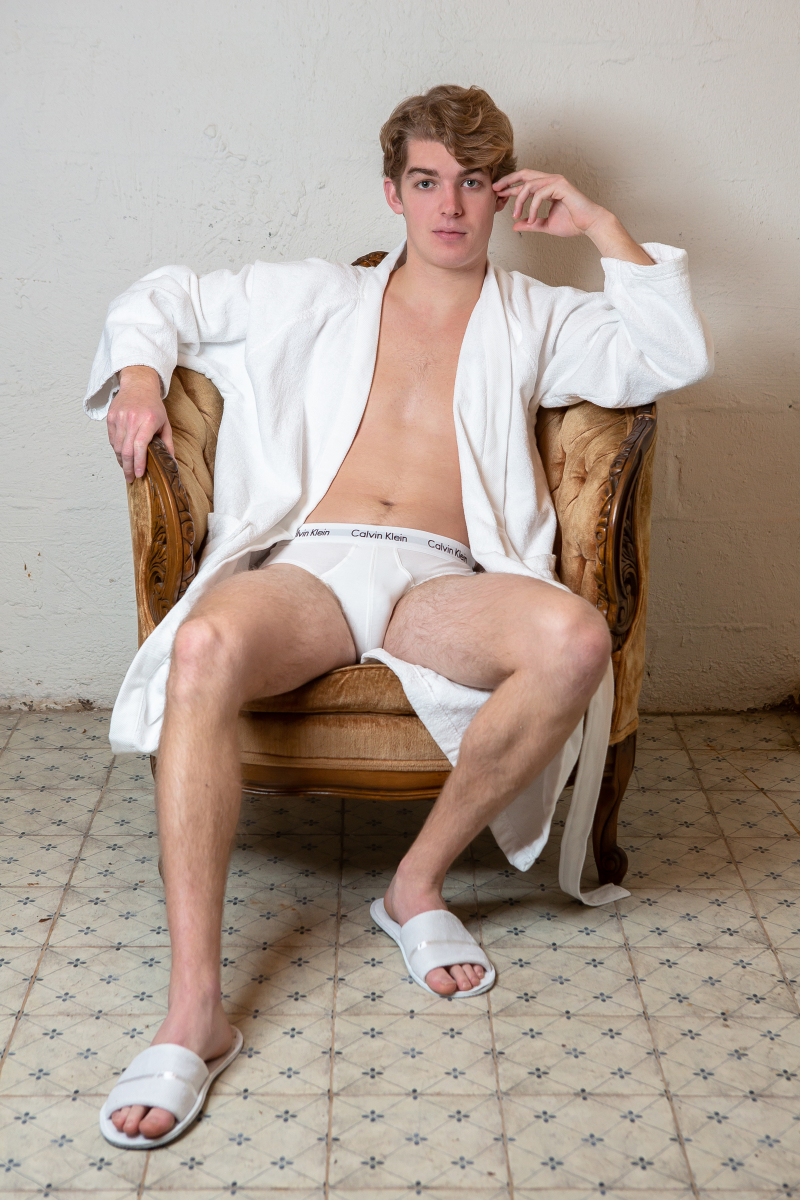 First, look at the images of actors Eamon Yates and Brendan George and now hear this: This production, about a 24-year-old rent boy, is called “immersive.” So you don't want to miss that!

★★★★“Visceral, dynamic, and exciting… grabs you by the balls and
refuses to let go… dark, cynical, and witty.” -- Canal Street, UK

★★★★ “Soulful…adrenaline-fuelled…Dan Ireland-Reeves is clearly a
talent to look out for.” -- BroadwayBaby

Spin Cycle presents the US Premiere of BLEACH by Dan Ireland-Reeves
beginning January 5 for a 9-week limited engagement. This
award-winning underground hit, seen throughout the UK as well as in
Paris, Stockholm and Dublin, makes its US premiere in an intimate,
immersive production performed for an audience of 10. Directed by Zack
Carey, the site-specific production will star Eamon Yates and Brendan
George, who share the role of Tyler, a young man trying to find his
way while paying the rent in NYC. Audiences are invited to join Tyler
at Tyler’s Basement in Bushwick, Brooklyn for this dark and humorous
look at sex, violence, and city living. Opening is set for Friday,
January 11.

BLEACH centers on Tyler, a twenty-four-year-old who sells his body on
a nightly basis. But on a regular working night, things are about to
spiral out of control leaving Tyler questioning whether living in the
city is really worth the price of rent.

BLEACH won the Write for the Stage Award for Best New Writing at the
Greater Manchester Fringe 2017 and was nominated for both the Pick of
the Fringe and Grand Prix awards at Stockholm Fringe. The script is
currently available for purchase on Amazon.

Dan Ireland-Reevesis the author of six theater works including Lost &
Found, Blaggards, Double Negative, Man Enoughand Jesus Camp The
Musical. His works have been seen at venues and Festivals including
Edinburgh Fringe Festival, Stockholm Fringe, The London Theatre,
Brighton Fringe, Outhouse in Dublin, and Compagnietheater in
Amsterdam. Dan trained at Birmingham School of Acting before going on
to co-found the critically acclaimed company Exist Theatre with Bethan
Francis.As a performer, Dan has been nominated for Best Actor and Best
Newcomer at Greater Manchester Fringe and Outstanding Male Performance
at International Dublin Gay Theatre Festival.

Zack Carey’s directing credits include Boylesque (starring RuPaul’s
Drag Race star Mimi Imfurst) at The Laurie Beechman Theatre, The Other
Me at FringeNYC, and Club Nights at HERE. Regional credits include the
Ohio premieres of Wallace Shawn’s The Fever and Keith Curran’s Walking
the Dead.

Eamon Yates is a gradute of Tisch School of the Arts at New York
University; he has been seen in The Ramayan: A Musical at Art House
and Northanger Abbey at Main Street Theatre.

Brendan George was last seen in New York in No Sympathy For the Wolf
at FringeNYC. At Williamstown Theatre Festival, he appeared in
developmental workshops of The Algorithm, directed by Oliver Butler,
as well asYellowjacketsby Itamar Moses. He is a graduate of Brown
University.

BLEACH runs January 4 – March 10, with performances at 7pm & 9pm
daily. Tyler’s Basement is located at 637 Wilson Avenue at the corner
of Cooper Street in Bushwick, Brooklyn – directly off of the L train
at Wilson Avenue. Running time is 65 minutes. Contains nudity, no one
under 18 is permitted to attend. Tickets are $30 - $50 at 212-352-3101
www.SpinCycleNYC.com.