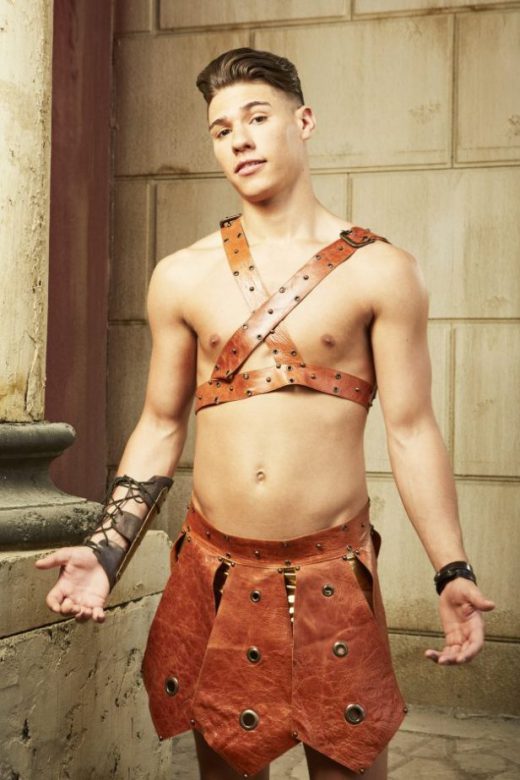 Wanna get Klaubered?! (Image via ITV2)

OMG BLOG (WORK UNFRIENDLY): Glenn Klauber of Bromans gets totally nude — front and back — and shows off shamelessly in soaking wet underwear, too.

In 1993, I was appointed by China’s Ministry of Health to carry out a multicity survey on the country’s population of men who have sex with men, usually abbreviated MSM. Although I had been researching gender studies and sexuality for eight years by that point, I remember worrying about my fitness for the job.

The survey was part of China’s then-nascent HIV/AIDS prevention work. In those days, China not only had no LGBT organizations or openly queer celebrities to speak of, but the vast majority of Chinese, whether gay or straight, had never even heard of the word “homosexual,” which was generally in use only among psychologists.

So yeah, you want to read this.

USA TODAY: Sam Brinton on surviving conversion therapy, and living to work toward its eradication.

PALM SPRINGS LIFE: A new LGBTQ+-targeted radio station will be music to your queers.

JOE.MY.GOD.: NYC has ruled against that cabbie who ejected a rider for being gay.

TOWLEROAD: Two young men having sex in a car are discovered and beaten by unknown onlookers in Malaysia.

ALTERNATIVE NATION: Dave Grohl gets down to Madonna for a hot second:

Speaking of which, Madonna shared some of her birthday speech on Instagram in a format that suggests it will be used in a future project:

GAY STAR NEWS: If you brush off older gay men, you're missing out:

Aging is an accomplishment. We should feel pride not shame. If I’m still able to have a night out when I’m 60 I’ll be doing (metaphoric) cartwheels. Although at this rate, I’ll be surprised if I can handle a night out by next June. But what I feel is more important is that we realize what we can learn from each other.

After talking to that older man, I gained perspective and a better understanding of the struggles his generation battled – and he also bought me a drink, so it was a double win!

You can find common ground with anyone, so don’t write people off because of their age. We are all a part of the same community.

EXTRATV: Miley Cyrus & Liam Hemsworth just got hitched, 10 years after they met making The Last Song — which feels like several lifetimes ago.