Forever Hold His Peace: A Review Of DANIEL'S HUSBAND Comments (0) 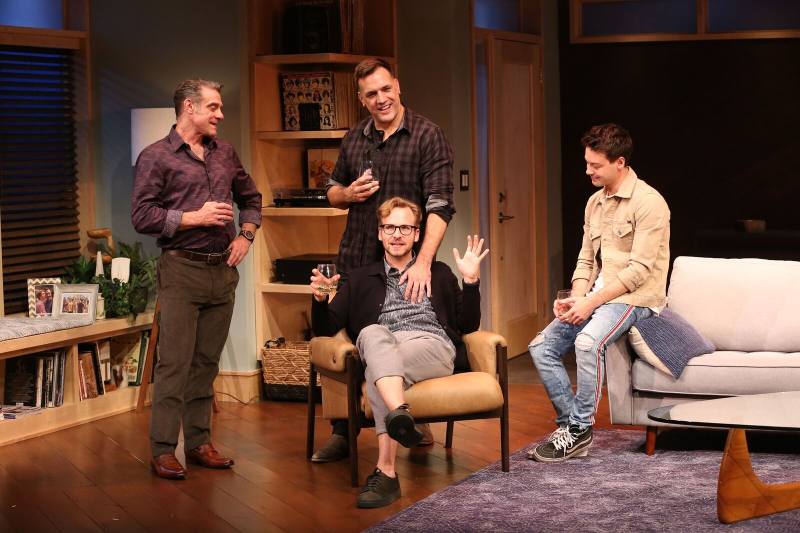 A boy and the band (Images by Carol Rosegg)

My friend Brett Ross attended a performance of Daniel's Husband at the Westside Theatre (407 W. 43rd St.), where it's playing through Sunday, December 30, and had much the same reaction I did — it is a great play not to be missed, and one he said had changed his mind about the importance of same-sex marriage.

No mean feat for a confirmed bachelor!

Featuring the same cast from the 2017 production I reviewed, the show is a must if you're in NYC.

My original review below ... 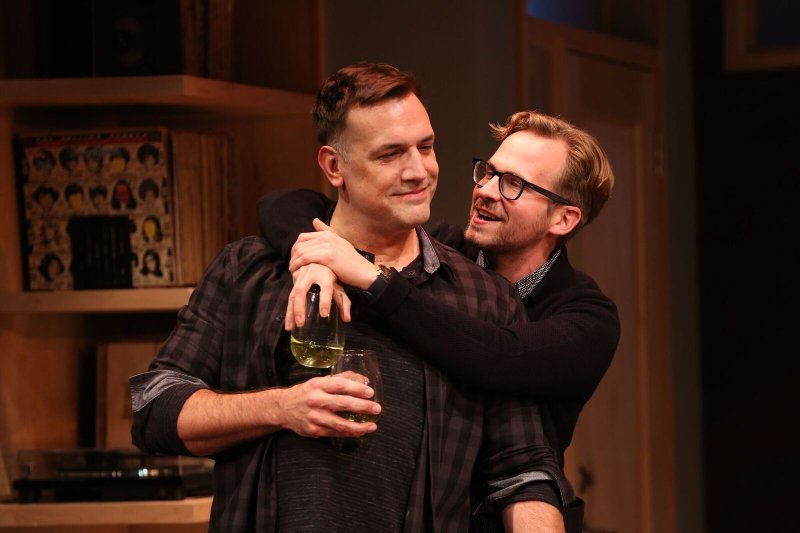 Early on in Daniel's Husband — a new play by Michael McKeever, directed by Joe Brancato — I started to sink in my seat. An opening scene at a bougie gay dinner party peopled by a generic crabby writer and his generic architect lover, and an aging lothario with his never-seen-a-vinyl-album-in-person twink date mate of two weeks, had me convinced I was about to see a play I had already seen 100 times or more.

Instead, the stock characters began to flesh out in unexpected ways, the familiar banter (featuring several too many jokes about dating younger men) became less pat. Soon, the play's entire equilibrium was disrupted by the arrival of the kind of overbearing mom any early shrink would have referred to as a confirmed-bachelor-maker, and something had changed.

And then everything changed, and with a dramatic plot point, Daniel's Husband became 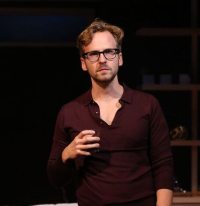 both a topical play about gay marriage and a subtle, unflinchingly savvy character study.

Daniel (Ryan Spahn) is pretty much the perfect man, with his impeccable taste, his extreme sensitivity and his ability to tolerate his opinionated partner's rants. Mitchell (Matthew Montelongo) is the author of a series of gay-themed escapist novels he despises but on the success of which he is able to afford a comfy lifestyle. He is given to aggressively litigating issues at otherwise friendly gatherings. Together, they just work.

Barry (Lou Liberatore), Mitchell's playboy agent, is initially dating Trip (Leland Wheeler), a twink less than half his age. He is continually spanked by various characters for his Peter Pan ways, yet is clearly a solid friend enjoying his single life. He may be avoiding marriage, but he also doesn't have anyone asking.

Unfortunately for Daniel, who longs for the stability of marriage, Mitchell is having it both ways, remaining technically single while sharing a life with him. For Mitchell, committing, getting that piece of paper, is a distasteful concession to the norm. Even Trip, who has not heard of Judy Garland, is a traditionalist romantic on board with marriage. What's not to love about it... and him?

At one point in the play, Anna Holbrook as Daniel's self-absorbed mother announces that there are no villains in the piece, but there are — herself, and Mitchell's stubborn refusal to do something that would mean the world to the man he has loved for seven years. 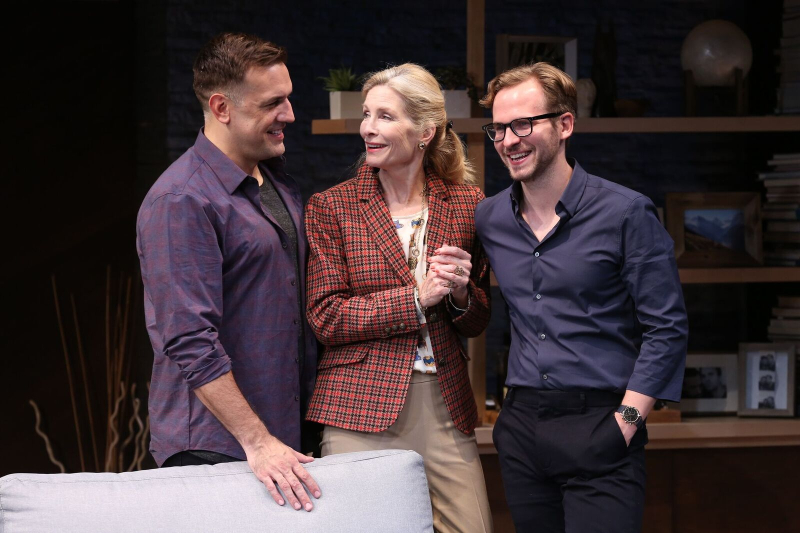 Is she coming between them?

The short, spare play is particularly moving in its exploration of Daniel's feelings toward his late father, a frustrated painter whose greatest work hangs in his home, the only dissonant note in a perfectly appointed dwelling, and toward his needy, blonde bulldozer of a mom. It becomes even more so as it surprises the audience with a twist of fate, then lingers over the unbearable aftermath.

Terrific performances from everyone onstage make it hard to choose stand-outs, but Spahn's Daniel is a totally likable stand-in for so many gay men who prize both their individuality and their ability to get hitched, and Holbrook's mom character is painfully well-observed; she is a snake who does not do harm for sport, but merely because it is how she was designed.