I'm sick of H.W.'s lionizing funeral proceedings, too, and couldn't care less about his service dog or Bob Dole. But this video of Hillary refusing to so much as glance at the Trumps makes me happy ...

Hillary won’t even dignify Donald with a glance pic.twitter.com/9z7Smu9rNu

There are some things that are unforgivable, and Trump has done about 100 of them to Hillary. 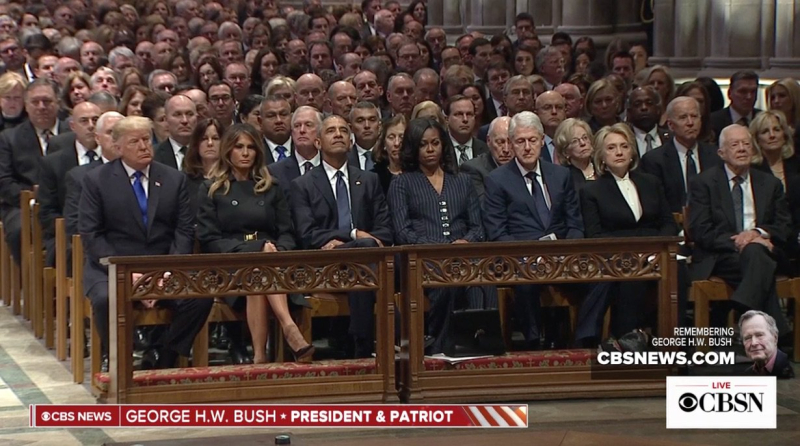