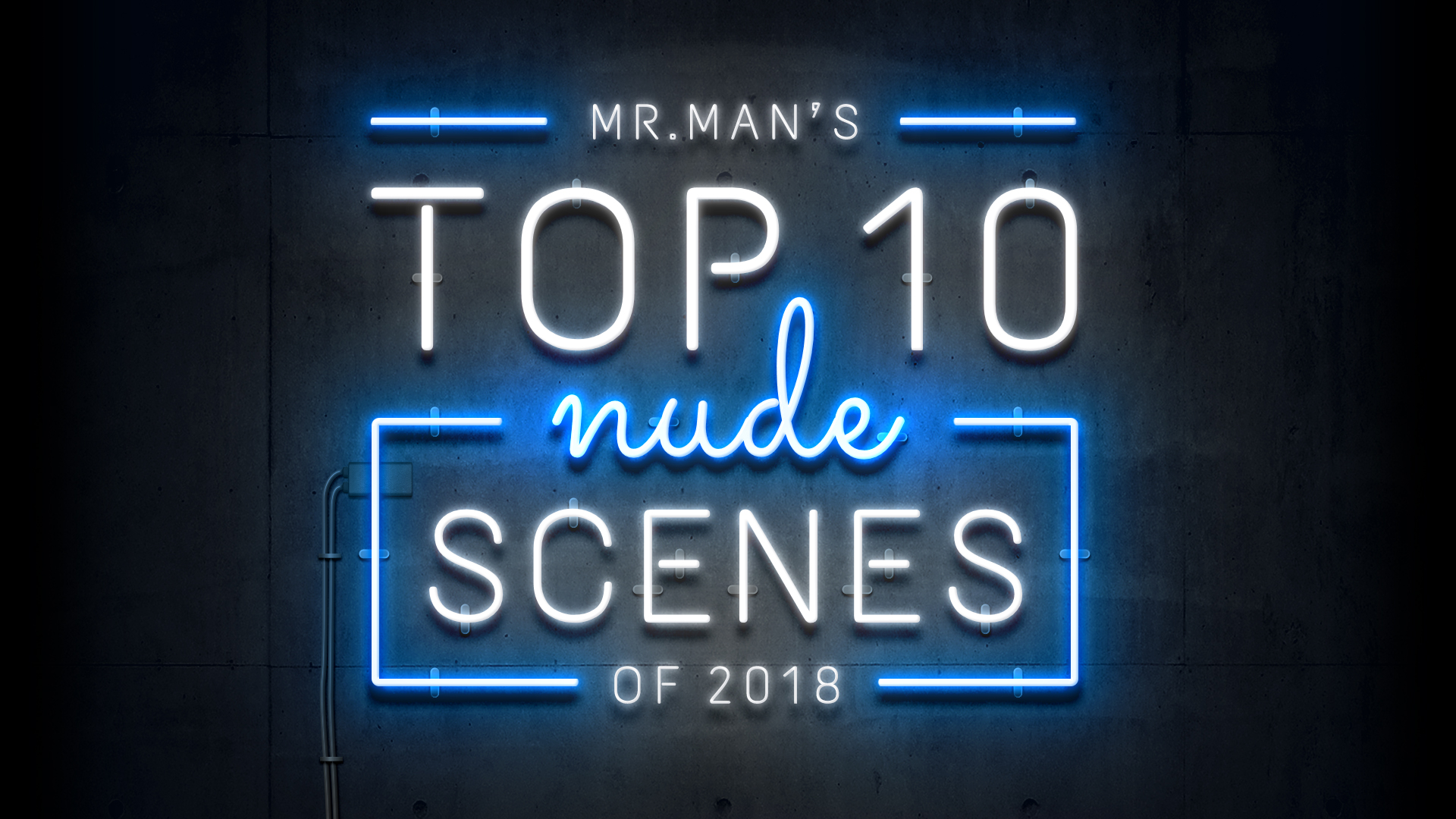 The time has come for Mr. Man's favorite yearly tradition: Counting down the Top 10 Naked Scenes from TV and movies.  Feast your eyes on some of Hollywood’s finest man meat ...

The most anticipated nude scene of 2018 came from Chris Pine in Outlaw King. He made international headlines with rumors about his head popping out of the water as he bathes naked in a lake. Chris’ Pine-is was worth the wait!

The Office’s Jim got a promotion on Mr. Man when he played action hero Jack Ryan and gave us a glance at that ass in the shower. We’ll take another order of those steamed buns, please! 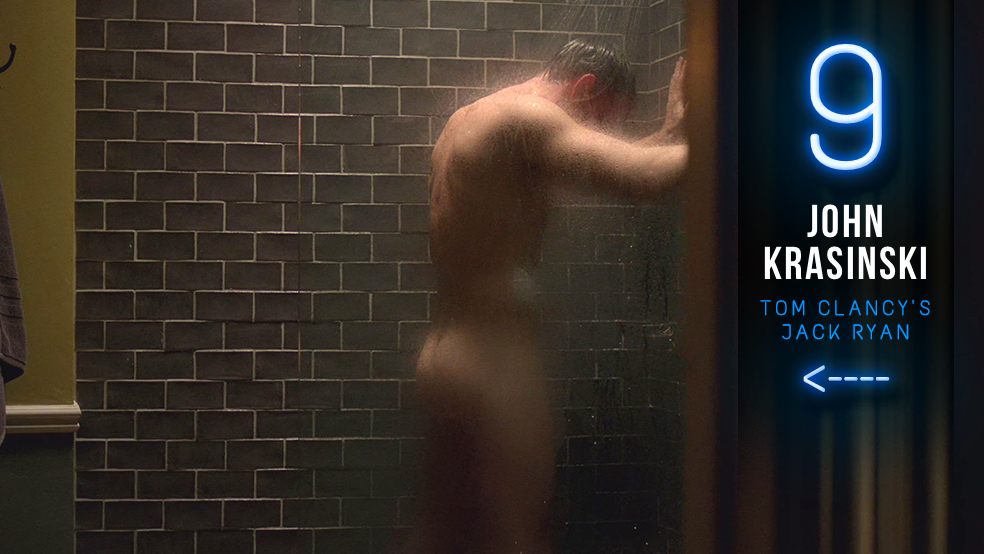 Y’lan has no reason to feel Insecure because his ass is a mASSterpiece in Insecure. This season featured a gorgeous aerial shot that gave us a bird’s-eye view of his beautiful butt that made our peckers hard.

We say game on to Adam DeVine’s fantastic nude scene in the Netflix comedy Game Over, Man! He does a bit of autoerotic asphyxiation when he is pantsless in a closet, holding his plump dick. We get an even more divine treat when DeVine is thrown across the room with his legs in the air, showing us his taint! Taint nothin’ wrong with that.

(6) Gbenga Akinnagbe in The Deuce

Gbenga Akinnagbe goes big when he poses with his enormous penis for a very impressed photographer in The Deuce. You know what they say: Go big or go home with us, please! 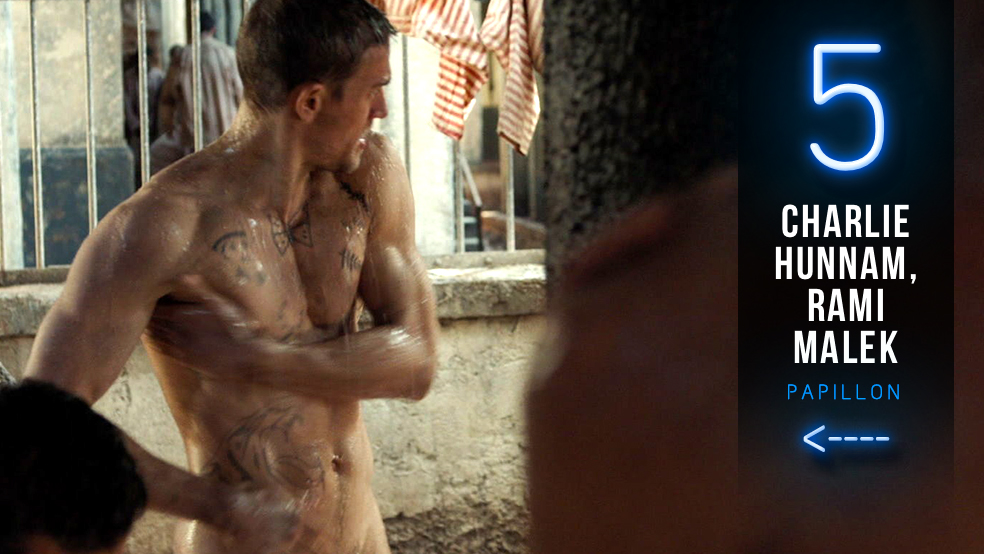 We were very hopeful that prison movie Papillonwould feature nudity and, boy, did it deliver. Charlie Hunnam and Rami Malek both show off their butts when they shower together in this scene that felt like it was ripped from our fantasies. 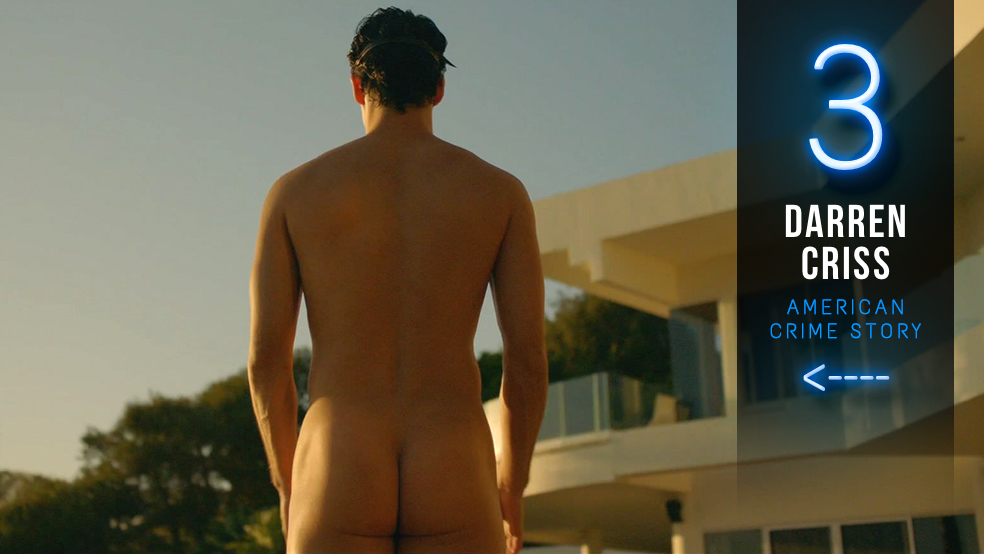 The incredibly handsome Darren Criss christened the screen with his buttcheeks when he went nude in this long, sexy scene from American Crime Story. He took off his clothes and dove into his pool, giving the camera a lingering look at his ass in the sunlight.

You ever want to just hang out with a hot guy in a barn without pants on? Duh! Who hasn’t? This scene in God’s Own Countrydelivers on that want by featuring English hunks Alec Secareanu and Josh O’Connor chatting with their dicks out as they are surrounded by hay. After watching this, we’d love to give these two a real roll in the hay!

(1) Timothée Chalamet & Armie Hammer in Call Me by Your Name 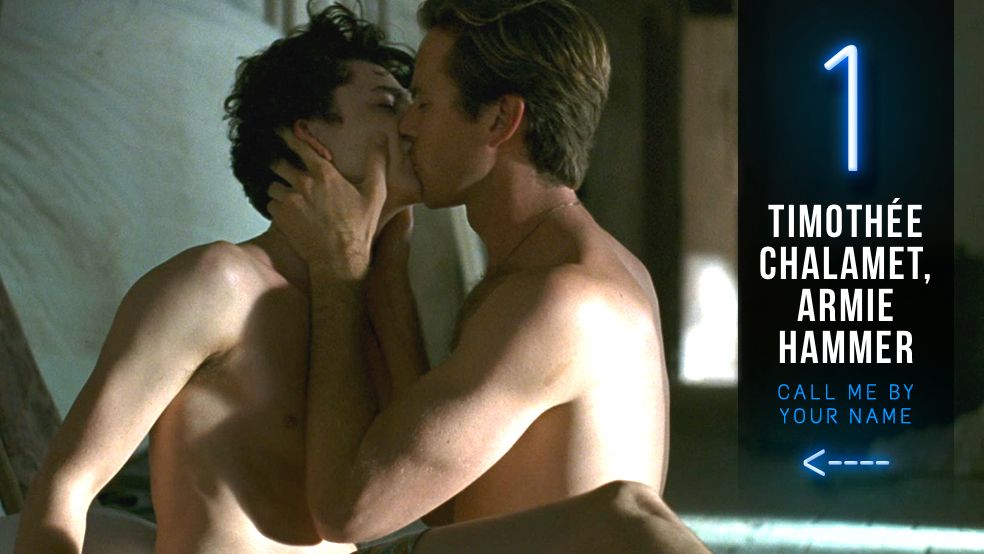 Finally, this year’s most talked about nude scene is definitely from Call Me by Your Name, which brought a brand-new meaning to the phrase peaches 'n' cream. Timothée filled a juicy peach with his own juices before Armie Hammer came into the room and started teasing him. These two A-list hunks were all over each other in the movie, making us call their names in our wet dreams!