BELOW: Keep reading for fashionable bedmates, Giuliani's dead body, the Warwick Rowers are show-ers plus more ... 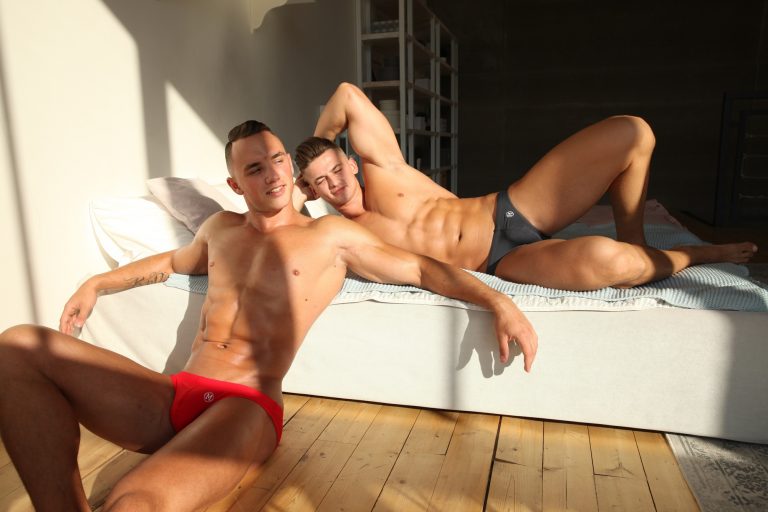 A great way to wake up! (Image via Marcuse)

MEN & UNDERWEAR: Marcuse has two dudes showing you the life you wish you had.

is expected to fetch close to $40 million when it's auctioned in March 2019. The gay-themed work by the openly gay artist, now 81, came about when Geldzahler — the Met's curator — became pals after meeting at Andy Warhol's Factory. Yes, that is some serious gay.

KENNETH IN THE (212): In case you like shirtless smoothies with staches.

HULL DAILY MAIL: A prominent UK gay bathhouse is shuttering due to the physical and mental health needs of its owner; it'll be converted to housing.

ABC NEWS: Gay couples tie the knot in a mass wedding in Brazil ahead of feared restrictions on same-sex marriage by its incoming, anti-LGBTQ president. 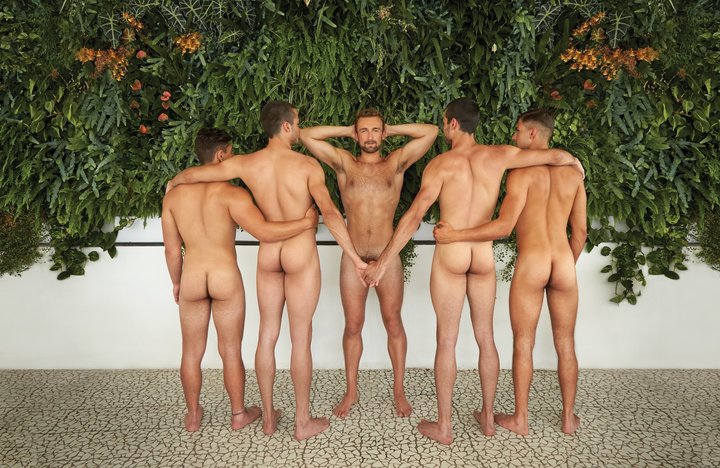 HUFF POST: The Warwick Rowers' Angus Malcolm says the team's naked calendar is all the more relevant these days as toxic masculinity and a fear of male nudity (which go hand in hand) prevail:

We’re at a time now when people are really starting to confront male privilege at a very profound level. What we’ve realized is that the homophobia we were addressing [in previous calendars] is just one aspect of toxic masculinity.

Hey, and the bonus is you get to see hot, nude men while making a point.

INSTAGRAM (FOLLOWS APPRECIATED): A classic hot piece on his b'day:

INSTAGRAM (FOLLOWS APPRECIATED): Still the best butt EVER here, in case you missed it.

TWITTER: They picked the dude with the best set of buns:

THE IRISH SUN: The contestants on Strictly Come Dancing are duking it out over infidelity and anti-gay insults.

POLITICO: Giuliani says Trump will have a one-on-one with Mueller over his dead body. Which sounds like two birds to me.

YOUTUBE: Credit where it's due: Everything on SNL last night was at least funny, some hysterically so. Loved Leslie Jones, who for once didn't flub her lines or laugh. Matt Damon was outstanding. Check out this world without President Trump, which would surely be a wonderful life: