Moo-ving Video + Trump: No Thanks For Your Disservice + The Calfs And Calf-Nots + Booty-ful Footage + Lambert's Cher-enade + MORE! — 12-PACK Comments (0)

BELOW: Trump visits the troops, Adam Lambert Cher-enades a national institution, hottest male booty in the movies, the kid raised with a cow and more ...

DNA: Deepanshu Mishra looks good in them jeans — and even better in a Speedo — for DNA.

TWITTER: Adam Lambert blows Cher and mere mortals away with his rendition of her “Believe” at the Kennedy Center Honors:

VIDEO|@AdamLambert performing an incredible version of "Believe" at the #KCHonors as a tribute to @Cher(making her cry!). The standing ovation was SO deserved ❤ pic.twitter.com/glUuIQ3zyL

Happening now: @CyndiLauper turns up the heat with an electrifying #KCHonors performance of @Cher's "If I Could Turn Back Time." pic.twitter.com/K7tiPVeT8r

THE RANDY REPORT: I'm late, but please listen to this #SilentNight200 entry! 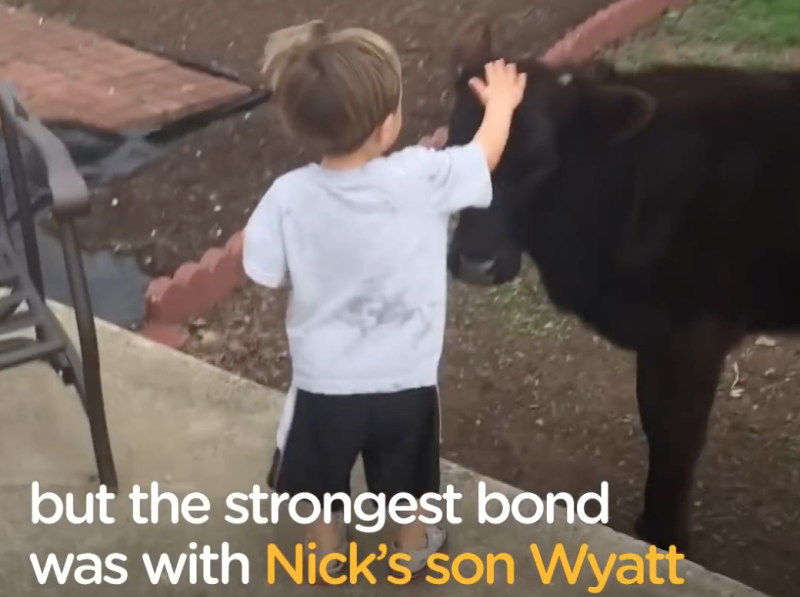 Have a cow, man! (Image via video still)

YOUTUBE: Amazing video shows the little boy whose gay dads are raising him to love all animals — including the calf they adopted after she was rescued from a hurricane:

HUFF POST: In Trump's first-ever visit to a combat zone — so also his first visit to U.S. troops in a combat zone since being, er, elected president in 2016 — he openly lied to the soldiers, claiming he got them a 10% raise. In reality, they got less than a 3% raise — and get one yearly. (P.S. Over 40,000 in the Coast Guard are currently working without pay due to the government shut-down.) 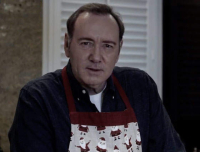 to avoid fighting in Vietnam. But hey, troops, rally around Trump and accept his autographed MAGA caps.

DLISTED: While I was away celebrating Christmas and my birthday, Kevin Spacey put out the absolute worst possible videohttps://www.youtube.com/watch?v=JZveA-NAIDI — what was he thinking? It's like he decided to rub up on the world.

BOSGUY: A pair of temptations!

JOE.MY.GOD.: Dems, in one poll, are keen on someone entirely new in 2020. Which is stupid as fuck, because there is no one entirely new who can win out of the clear blue sky.

NEWNOWNEXT: Michael Musto's best/worst list in film for 2018 is spot-on!