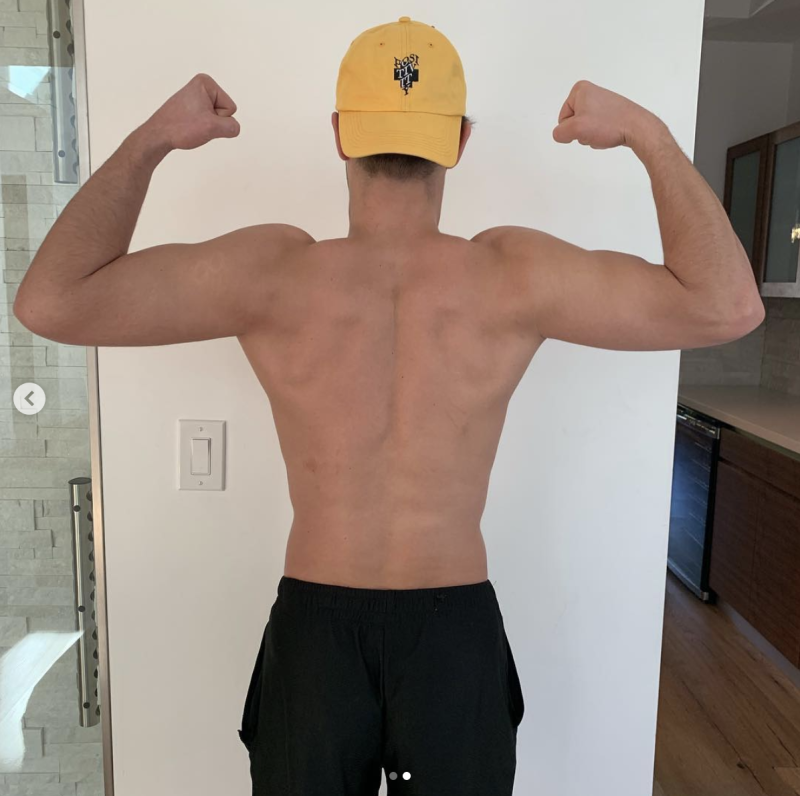 Dallas turning his back on his boy body (Image via Instagram)

TOWLEROAD: Look, Gaga really, really, really, really wants that Oscar for “Shallow” — at least that one, if not the one for acting. She wants one. A lot. On Saturday, she brought Bradley Cooper out at her Enigma show in Las Vegas for their first-ever live “Shallow” performance, which will allow Oscar voters to re-experience the song in advance of their live performance on the telecast in February. It's already apparently been decided that only Gaga/Cooper and Kendrick Lamar will be allowed to perform their nominated songs, which isn't sitting well with Lin-Manuel Miranda.

TMZ: Retired Navy SEAL Kristin Beck is advocating for Hollywood to consider trans people for acting work, even as she announces her own first steps into the acting field.

INSTAGRAM: Hot teen heartthrob Troy Donahue remembered on what would've been his b'day. I told an old friend of mine, who was a director, I recalled Donahue taking offense to being mistaken for Tab Hunter all the time since Tab was the gay one. My friend said, “He didn't protest too much when I was sucking his dick.”

MADONNA UNDERGROUND: Could Madonna be releasing a visual album via Netflix? Also, she's back to blonde (which actually supports the idea of a visual album, since she'd want lots of looks for the videos).