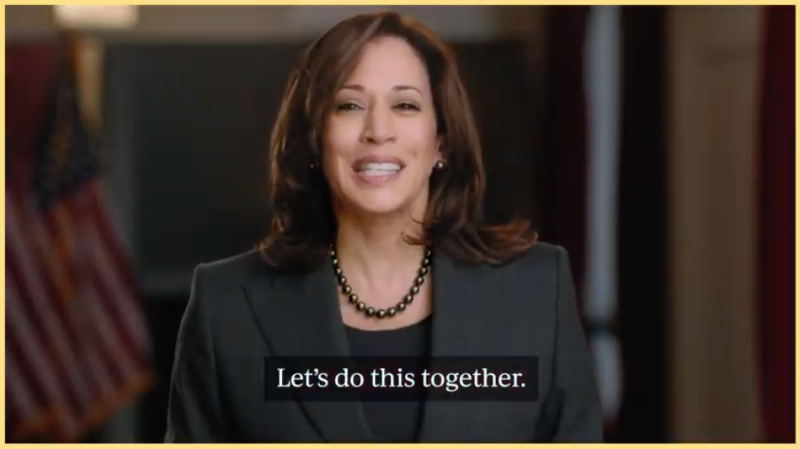 She's in! (Image via video still)

Sen. Kamala Harris (D-California) announced she is running for president in 2020 during an appearance on Good Morning America ...

Harris, a former A.G. of California, released a video announcement timed to coincide with the morning-show appearance, which itself was scheduled for Martin Luther King Jr. Day, a nod to her status as a woman of color:

Harris's campaign will be based in Baltimore, with a second office in Oakland, California; she plans a rally in Oakland on January 27.