ABOVE: Gee, his selfies come out great. FORT WORTH STAR-TELEGRAM: Aaron Lucero and Jeff Cannon went looking for the perfect venue for their countrified wedding, but the Venue at Waterstone, a Celina, Texas, space, shut them down. The explanation? God:

Our love and gratitude to Him might be mistaken as being unloving toward others. Although we do not host LGBTQ weddings or receptions, we are more than happy to converse and further explain our beliefs and the love God has shown us as well as how. He is conforming our lives to Himself.

GR8ERDAYS: RIP James Ingram, the silky-voiced pop and R&B crooner behind such songs 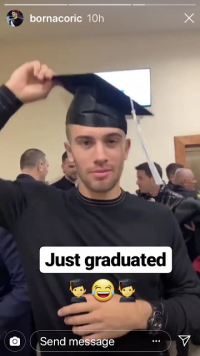 6ABC: Violent attack in Center City Philadelphia — a man jumped by four men and women — seems to have (1) been random, and (2) involved gay slurs. Quote:

It seemed random but they were definitely calling him some gay slurs as they were beating him up.

CNN: Oh, Christ. Trump's loony talking points about the border appear to have come from the movie Sicario. Which isn't a documentary.

TODAY: Update on the Jussie Smollett story — no suspects, no video yet, but police have confirmed that the MAGA angle was, in fact, provided by Smollett himself:

Chicago Police are investigating a possible hate crime. They say “Empire” actor Jussie Smollett told them he was assaulted by two men who allegedly yelled racial and homophobic slurs.

Today, police don’t have any suspects or a solid description of the men. pic.twitter.com/21dAOBmWBV

EXTRATV: Christina Aguilera is the latest pop diva to head to Vegas.

FACEBOOK: Madonna cutely reflects on a vintage pic of herself with her sister, Paula. I hope her new PR is behind these fun social-media nostalgia bombs, and I hope more are to come: