ABOVE: My street-photography Insta went POOF! in 2018, but many others exist.

BELOW: Keep reading for HOT Keiynan, the gay-male body trap, the murder of trap star Kevin Fret and more ... 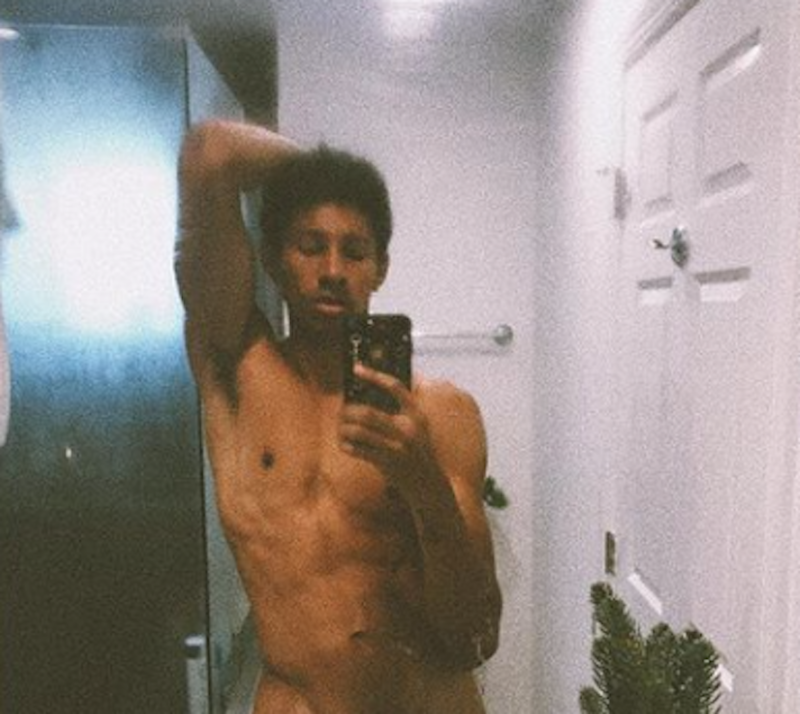 GAY FLESHBOT (WORK UNFRIENDLY): Keiynan Lonsdale's bathroom selfies. Love Keiynan! I need to choose the perfect luggage for the trip, because I'm — GULP — ready to move in with him.

CHARLOTTE OBSERVER: Reports are coming in that several men and women have been detained in Chechnya on suspicion of being gay.

ANDREW CHRISTIAN: This video is allegedly about self-defense — but does YouTube really demand that covered-up bulges even be blocked? Answer: No, Christian just wants you to visit their site:

PAPER: The NY-based mag asks why gay men hate their bodies. In the piece, the wellness culture is critiqued as being a thinly-veiled let-me-get-hot-so-I-get-sex culture. On thing I reject is that being exposed to imagery of traditionally hot bodies causes self-hatred; it has to be there already. And if we erased all images out there now, people would start over and gravitate to the same images that we find aesthetically pleasing. Our goal should be to accept ourselves and also our desires.

EXTRATV: Latin trap star Kevin Fret, 24, who was openly gay, was gunned down

in Puerto Rico Thursday, killed by eight shots. His death is being investigated. His manager told E! News:

Kevin was an artistic soul, a big-hearted dreamer. His passion was music, and still had a lot to do. This violence must stop. There are no words that describe the feeling we have and the pain that causes us to know that a person with so many dreams has to go. We must all unite in these difficult times, and ask for much peace for our beloved Puerto Rico.

Fret had been arrested in Miami, where he lived, in June after getting into a physical altercation with another man.

TRUE CRIME DAILY: Fugitive accused of breaking into a young man's home and

attempting to sexually assault him may be in SoCal.

GR8ERDAYS: RIP to Dean Wormer's wife, the great actress Verna Bloom — she died this week of complications of dementia. Along with Animal House, I also remember her from the '60s docu-style movie Medium Cool.

BUZZFEED: The man who raised $20M for Trump's $5B proposed wall raised money for veterans — and there are no records those funds were ever given to anyone. He also had a penchant for using fake imagery for clicks for his right-wing site. Shocking, I know.

FACEBOOK: For Fearless, a young trans man is introduced to Laverne Cox, who is he first trans person he's ever met: