BELOW: Keep reading for a palm breeder, another dead man in Ed Buck's apartment, Kevin Hart's most clear-cut apology and more ...

I anxiously await the commenters who will say he's not their type. (Image by Daniel Jaems)

DNA: Antoine Morieult as shot by Daniel Jaems for his Palms Series just might be the man of your dreams. 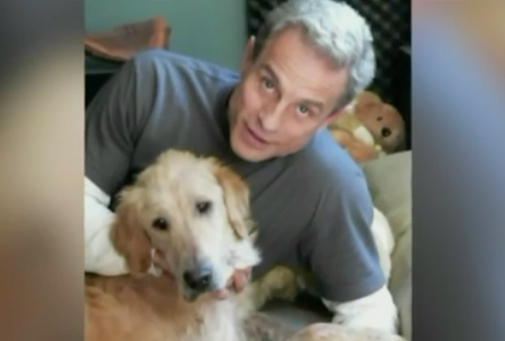 Buck, a gay man in his sixties, has been host to two deaths in his home. (Image via social media)

Is it enough now? (GIF via GIPHY)

THR: Kevin Hart has issued a clear apology for his past homophobic words and jokes on SiriusXM, saying:

I will say this, and I want to make this very clear: Once again, Kevin Hart apologizes for his remarks that hurt members of the LGBTQ community. I apologize.

He did continue to be defensive about the nature of his jokes, but regarding dropping the F-bomb on social media, he said:

These weren’t words that I said to gay individuals. I didn’t say these words to people, at the time, this was our dumb asses on Twitter going back and forth with each other. We thought it was okay to talk like that, because that’s how we talked to one another. In that, you go, “Fuck! This is wrong!” now.

HUFF POST: All the major networks have caved and will air Trump's Tuesday address from the border on what he claims is an immigration “crisis.” This is guaranteed to gin up the fools who love this man and

NBC NEWS: Hillary Clinton is still capable of landing sick burns, as with this:

Today, I want to thank all of you for your persistence. I know many of you and can attest as to how smart, determined, effective and dare I say, likable, you all are.

This likability trap is what's going to lead the U.S. to have a first female president who is right-wing as hell.

I don't see Gaga throwing a fit over losing, even if I do see her thinking, “WTF?!” (GIF via GIPHY)

RADARONLINE: Here is why Radar is fucking bullshit. This piece is all about how Lady Gaga FLIPPED whens he lost to Glenn Close. Of course, we all saw her interacted with Close, go backstage, go to parties. But anyway, (1):

Lady Gaga shined in the hit movie A Star Is Born, but the singer were left shocked after she failed to win the coveted best actress award at Sunday’s Golden Globes, RadarOnline.com can exclusively reveal.

“She was flipping the f**k out afterwards and literally in tears,” a source said, explaining, “She had her acceptance speech ready and written and rehearsed and was certain that she was going to come home with several awards.”

She was only up for two. But whatever makes you happy.