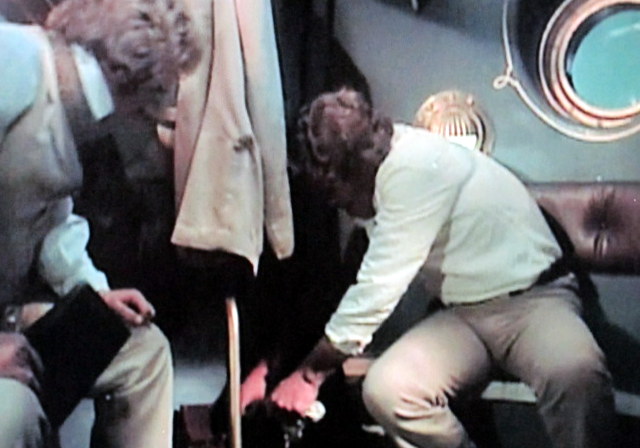 Going down! (Image via video still)

POSEIDON'S UNDERWORLD: Hold your breath for this deep dive into Warlords of Atlantis!

ATLANTIC: The Atlantic has published the long-rumored 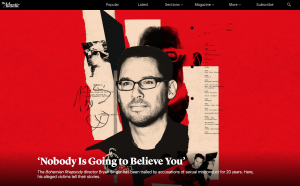 exposé on director Bryan Singer's alleged sexual misconduct. Considering the sheer number of young men he's come in contact with, I'm surprised there aren't more willing to speak up about any impropriety, but this report — while referencing some past accusers (including the man whose lawsuit was tossed out due to unfortunate inaccuracies) — does contains some wholly new accusations. The portrait of Singer is convincingly damning, in that he seems to be widely known as a substance abuser and user of young guys. He stands accused of rape and molestation, with one story involving a 13-year-old Apt Pupil extra whose involvement in that film passes the smell test but can't be proven. Will this cost Singer his Red Sonja directing gig? It has done nothing to affect the performance of his film — he directed more than 90% of it — Bohemian Rhapsody, which was just nominated for an Oscar for Best Picture.

THE WRAP: Chris Brown's totally-not-misogynistic response to accusations he brutally raped a woman in Paris? “This bitch lyin'.” 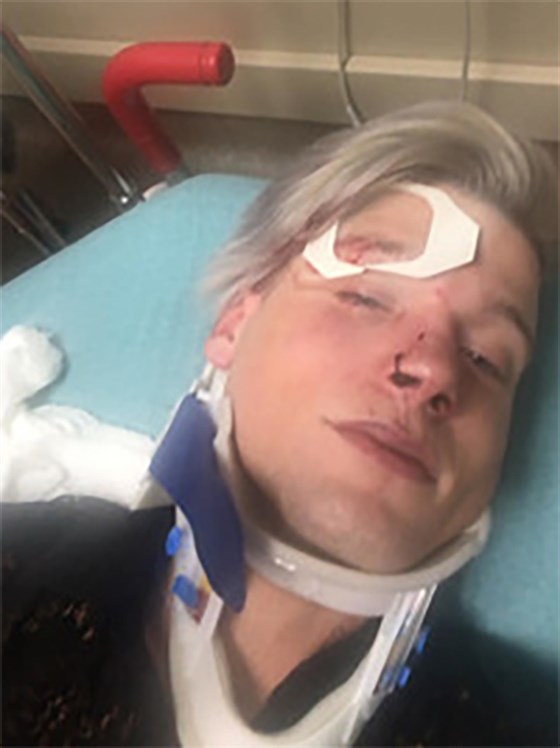 All because he was gay. (Image via Spencer Deehring)

NBC NEWS: An Austin gay couple was beaten unconscious by a group of men simply for being gay. The attack was brutal, and could have resulted ini death had a bystander not called cops in time.

Late on Tuesday, Austin police released details of the suspects: One is “described as a Hispanic male, wearing a blue shirt with white stripes (polo style). The other suspect is described as a White male with no shirt.”

The police said they’re currently investigating the incident as a hate crime. “[W]e want our community to know we do not tolerate these types of crimes,” a spokesperson for the Austin Police Department said.

Now, the suspects are being sought. 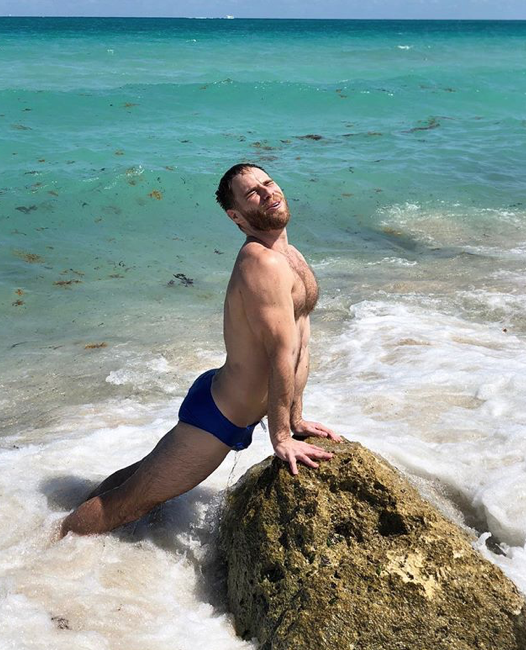 GAY FLESHBOT (WORK UNFRIENDLY): Matthew Wilkas, who was set to star in Boy Culture: The Series (it didn't work out, but we have since shot six episodes that are currently being edited), will play a gay cop on the forthcoming Netflix series A.J. and the Queen, starring RuPaul.

DEADLINE: Sam Elliott on his first Oscar nomination in over 50 years of actng: “It's about fucking time!” (Gaga's fans on her first acting nomination: “Same!”)

HUFF POST: The MAGA teen whose smirking encounter with Native American elder/veteran Nathan Phillips has dominated social media for days was booked, by his P.R. firm, on Today, where he robotically denied any wrongdoing and said he owed he apologies to anyone. Trump has — of course — stood up for the MAGA teens, calling the alleged mischaracterization of their mocking interaction with Phillips a “comeback.” He's expected to host them at the White House, post-shutdown, for a white-victory lap, where they will for damn sure not be served fast food.

As for the (insane!) black Israelites who were taunting the MAGA clowns, I agree with Linda Simpson that the following is a much better way to deal with them than chanting your fight song:

POLITICO: Sen. Joni Ernst (R-Iowa), a right-wing nutbag to end them all, was asked to be Trump's veep, but declined — because she knew she secretly had a poor relationship with her husband. Imagine feeling like that would be a distraction in the Trump White House! She has since divorced the guy, who she says belittled her. If he belittled Joni Ernst, he had a point.

YOUTUBE: Logan Paul again addresses GoingGayGate. He's so gleeful to have causes controversy, and so eager to capitalize on it. There is not a sincere bone in his boneheaded body. I don't understand why anyone likes him in the first place, except people gravitate to people who successfully game the system (like Trump):