OUT ON STAGE: Queer Comics Take A Stand Comments (0) 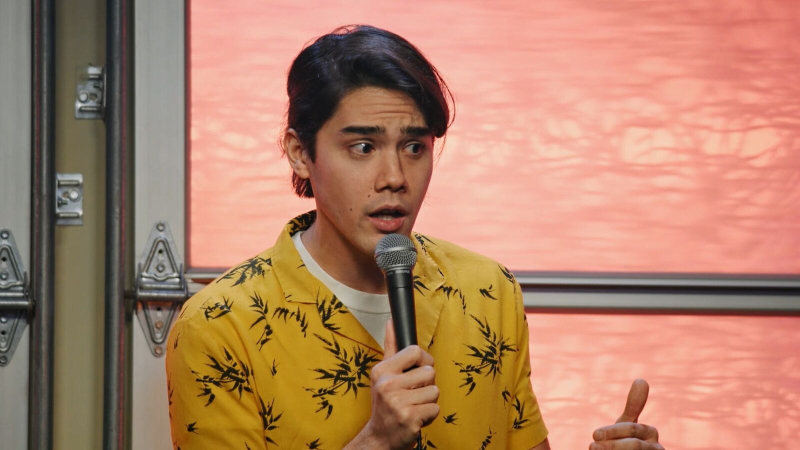 Jared's never had a relationship?! I'm hereby asking him out! (Image via Dekkoo)

OUT on Stage: The Series is a new, diverse, all-queer stand-up series coming January 17 to Dekoo. Hosted by Zach Noe Towers, the shows episodes each feature three queer comics.

Of the show, Towers (pictured inset below) says:

I don't think comedy is an easy field for anyone, but it can sometimes be especially difficult for those of us with unique, diverse voices. We're a much smaller percentage of the population, stage time can be harder to come by, and oftentimes audiences aren't as willing to give us a chance.

Not so here, where we are a captive audience — but if you confine yourself, you won't regret it. Hire someone else to clean your apartment and just soak up the funny.

I found Episode 1 hilarious, especially the humble-bragging self-deprecation of Jared Goldstein, who said he knows he's feminine-presenting and could transition in “eight to 10 business days” if he had to. 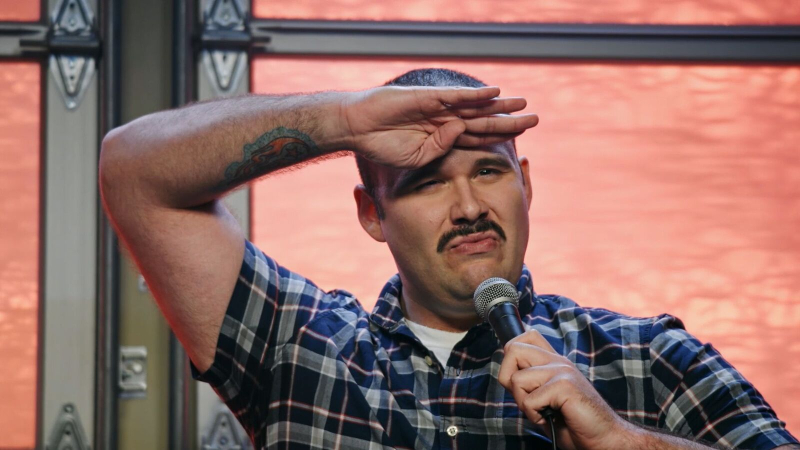 Kyle Shire had great material about not coming off as gay.

If you're not sure about Dekkoo, it's the premiere subscription streaming service dedicated to gay men. It's got a lot of gay content, including the series Feral, Love Is Blind and I'm Fine. Check it out HERE. 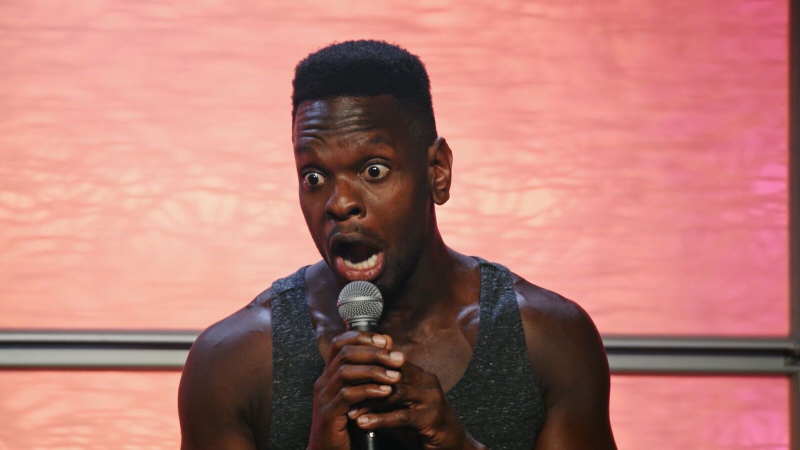