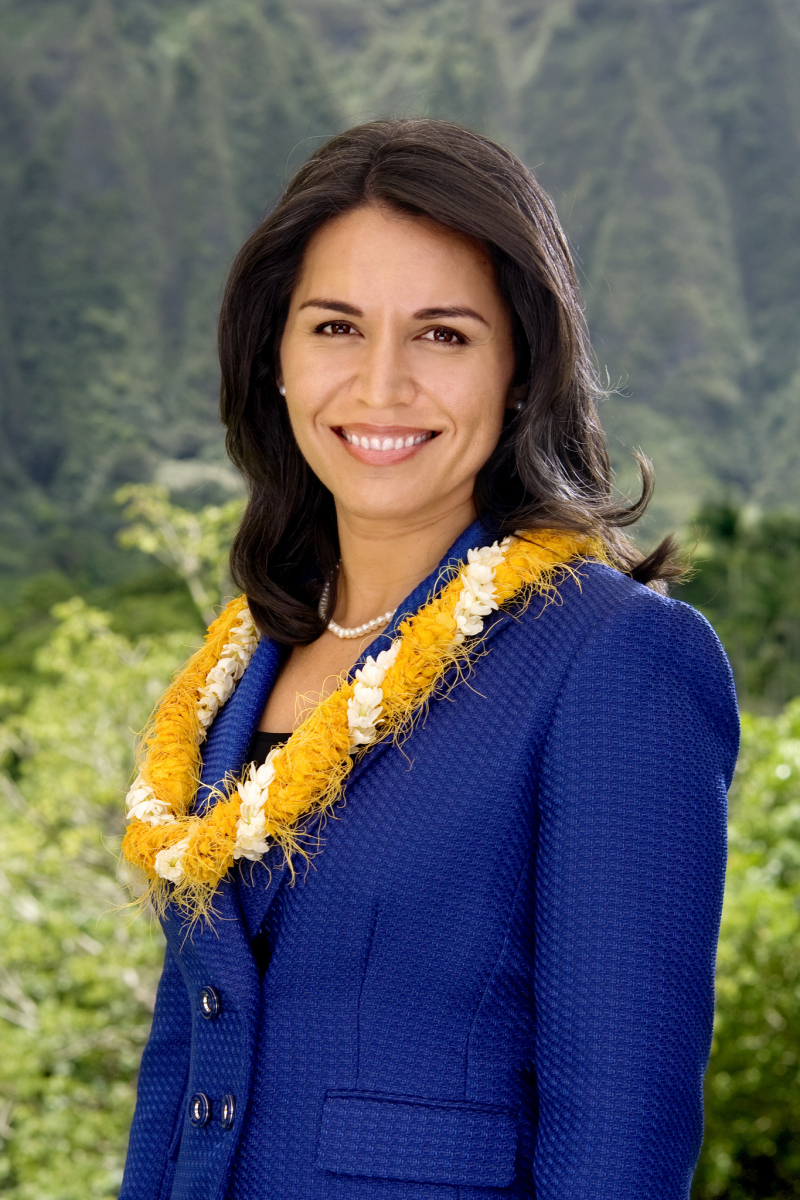 Rep. Tulsi Gabbard (D-Hawaii) announced today she has decided to run for president.

Gabbard adores Assad, has praised Putin while trashing Obama, talks like a Republicanon Islam (she once was one, her politico dad was one) and is such a fake Dem she was considered for a Cabinet position by Trump.

The Hawaii LGBT Caucus doesn't even support her.