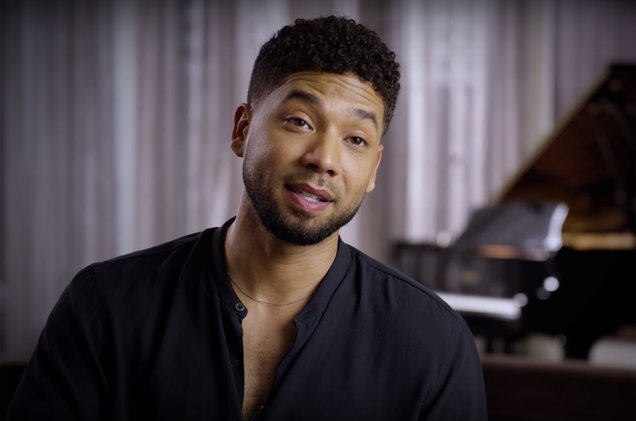 20th Century Fox & Fox Entertainment have issued the following statement in the wake of the alleged assault on Empire star Jussie Smollett:

We are deeply saddened and outraged to learn that a member of our EMPIRE family, Jussie Smollett, was viciously attacked last night. We send our love to Jussie, who is resilient and strong, and we will work with law enforcement to bring these perpetrators to justice. The entire studio, network and production stands united in the face of any despicable act of violence and hate — and especially against one of our own.

Postscript: The Chicago Police Department has fucked up in the past, but it's ridiculous to complain that they're calling this a possible hate crime. This just happened overnight, they're interviewing Smollett and witnesses, and they're gathering surveillance video. It would be unprofessional to assert what happened until they have a better sense of it. This is the way it has always been and always should be — they're clearly on this high-profile case, and if they believe things happened as they were told, this will be officially branded a hate crime.