ABOVE: Edison for U-TOUCH by Portis Wasp — that stings, will leave a mark. 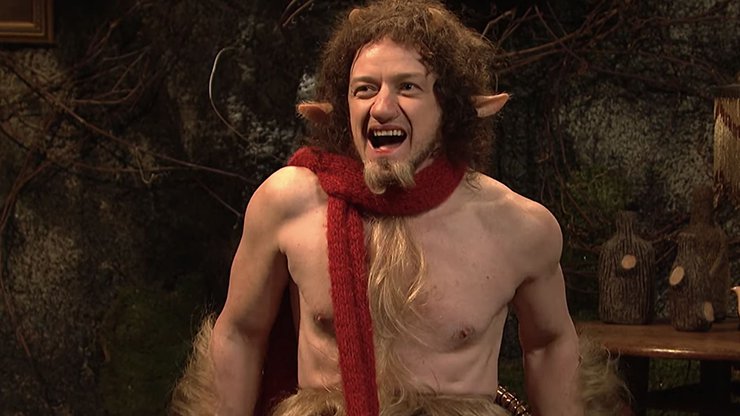 WORLD OF WONDER: So ... are you a teen girl with a crush on James McAvoy as Mr. Tumnus?!

HUFF POST: Literally no one is sitting around saying, Gee, there simply aren't enough centrists in the race! and yet lifelong Dem Howard Schultz, ex-Starbucks CEO, thinks he needs to jump in as an Independent in 2020 to shake things up. Fuck him forever.

POLITICO: Another billionaire activist, Tom Steyer, has had the good sense to stay out of the race, but he's also telling Dems who don't support impeachment they don't deserve support. I can get on board with this. Impeachment (with or without conviction) is a must; there is only so much a president should be allowed to do. Otherwise, the Constitution is meaningless.

It's a big decision, but I am thinking about a potential people-powered Mayoral run.

GR8ERDAYS: Remembering the woman who was actually TV's first-ever 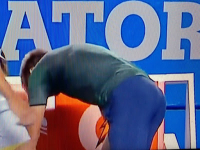 sitcom star — and she also appeared in the same bed with her real-life and TV husband, long before anyone else. Lucy who?! 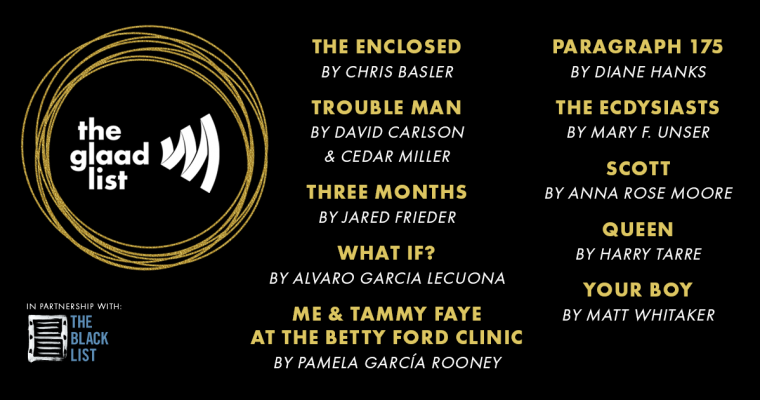 THR: GLAAD is shining a spotlight on the best unproduced queer scripts in Hollywood. They are:

The Ecdysiasts, by Mary F. Unser — Soon the 13-year periodical cicadas will emerge from underground by the millions, molt and fill the air with their joyous, deafening song. Above ground, 13-year-old Trygg is struggling with his own emergence since the death of his older sister Katie. When lesbian entomologist Allison Armstrong moves in next door, she and Trygg become fast friends and make plans to celebrate the appearance of the cicadas.

The Enclosed, by Chris Basler — In 13th-century England, Brigid, an anchoress living a hermetic existence in a church cell, stumbles upon a holy relic that may give her life new meaning — but when a sinister entity after the relic threatens her, she’s forced to confide in an impertinent servant girl with plans of her own.

Me & Tammy Faye at the Betty Ford Clinic, by Pamela García Rooney — The totally made-up story of the unlikely bond between a Latina transgender woman and the queen of Christian televangelism, inspired by the very real life of Tammy Faye Bakker.

Paragraph 175, by Diane Hanks — In the storm of persecution that is Adolf Hitler's rise to power, two lovers are torn apart and find themselves on opposite sides of the conflict: one a prisoner in a concentration camp, the other his captor.

Scott, by Anna Rose Moore — After her best friend dies, a success-driven lawyer is left with an unwinnable case — a female inmate’s accusations of rape by her prison guards. She soon uncovers a massive systemic scandal of sexual abuse by prison staff and the network used to cover it up.

Three Months, by Jared Frieder — After being exposed to HIV the weekend of his high school graduation in 2011, a queer teenager from Miami must survive the three months it takes to get tested in this coming-of-age dark comedy about shame and resilience.

What If?, by Alvaro Garcia Lecuona — An unassertive 17-year-old turns his high school on its head when he asks out his crush, a transgender girl.

Your Boy, by Matt Whitaker — Home for the summer on Long Island, a shy, black college student comes out to his oldest and closest friend. But after an internship in Manhattan leads him to an exhilarating gay social scene, the 21-year-old is caught between his newly confident lifestyle and the unpopular straight friend who once knew him best.