ABOVE: Nyle DiMarco, on top of being hot, has also remade Ariana Grande's latest music video in ASL.

BELOW: Keep reading for a Mark Fisher Fitness tragedy, Howard Schultz gets heckled and more ...

THE JOHNNY LOPEZ: Michael B. Jordan can pull anything off — but didn't you wish he'd have pulled that ridiculous bib off at the SAGs? It looked like an atomic wedgie of girls' panties. J(ohnny).Lo(pez) covers that and more. 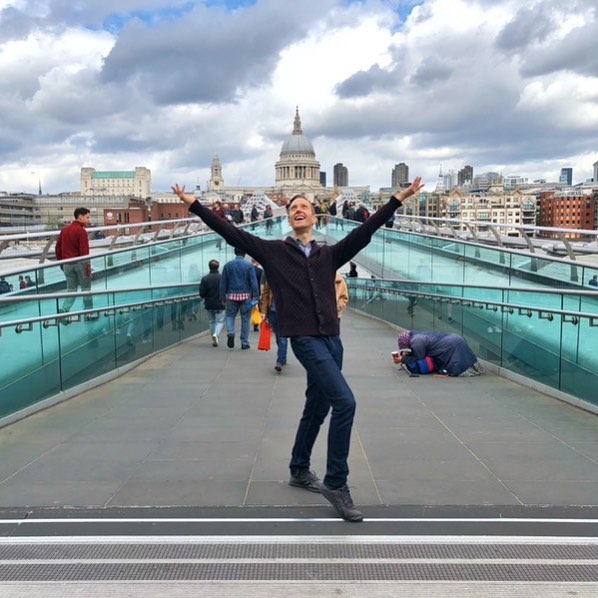 WTAE: Shocked does not begin to describe my reaction to reading that Landen Jones, an instructor at Mark Fisher Fitness in NYC whose class I was in dozens of times, died in a freak accident in Pittsburgh Saturday. Apparently, a motorist ran out of gas and Landen stopped to help. He took the man for gas but the vehicle still did not start. As they stood by their cars, one of the cars was struck by a third car, sending them over an underpass — they were struck and killed by a passing vehicle below.

The report is distressingly focused on the motorist, as if Landen were a postscript just because the other man had children — and he was anything but. I'm so very sad for his family and for the Mark Fisher Fitness family.

CNN: LOL this heckler is my new hero:

HUFF POST: Looks like Trump wants a ground war in Venezuela to depose Maduro and prop up his approval rating. Support the troops 'n' all. Oh, and we know this because Bolton is running around with an easy-to-see notebook with the Administration's intentions writ large.

JUST JARED: P!nk's career was tanking when “Get This Party Started” revived her forever (back in 2001 — OMG, 18 years ago!), and now we find out the song was originally sent to Madonna, who passed.

I’m sorry this is what you watched tonight? pic.twitter.com/ndVvqj5sol

GAY STAR NEWS: Michael Caine, 85, recalls kissing Christopher Reeve on film decades before such a thing was tolerated in the cinema.