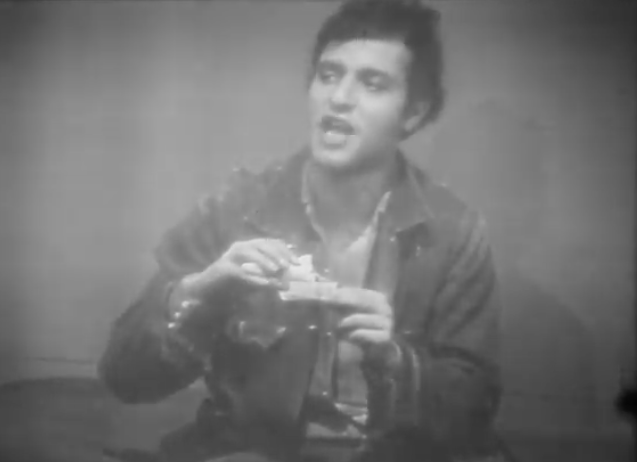 Mineo loved the play, and had embraced his sexuality semi-behind the scenes by 1969 (Image via video still)

GR8ERDAYS: Incredible! Four minutes of footage showing Sal Mineo and Don Johnson (not to mention Michael Greer) onstage in rehearsal for a 1969 production of Fortune and Men's Eyes has been

posted to YouTube. It's the first known footage of any kind from Mineo's performance in the controversial, gay-themed drama.

GR8ERDAYS: Gone with the Wind is returning to theaters — 80 years later.

week admitted he is now living as a gay man again — has come out  in favor of a ban on trying to change gay people. He says:

Are you kidding? It is horrifying to think that I was part of a system that held people like me down and I’ve had some conversations with other people who have been harmed by it. It creates a lot of sorrow.

Is it better late than never, or too little, too late?