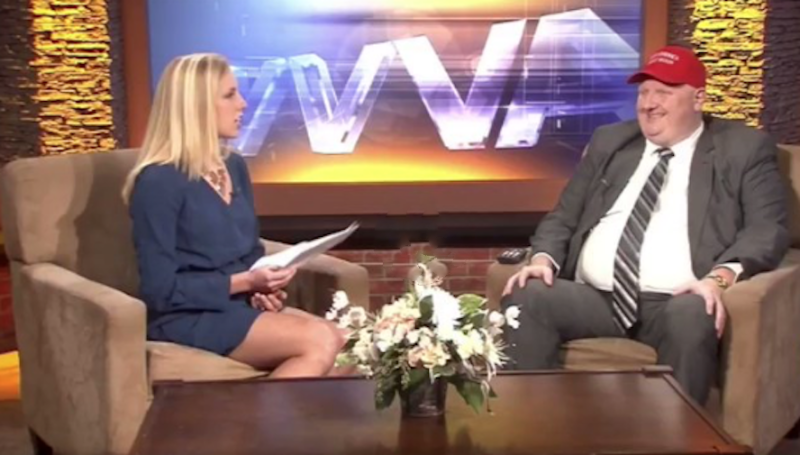 The newswoman was shocked, but also useless. (Image via video still)

GOP Rep. Eric Porterfeld of West Virginia, the cretin who wears a MAGA cap 24/7, used the word &lduqo;faggot” on his statehouse floor and said LGBTQ were like the new KKK said — through a grin — that he'd likely drown his children if they were gay.

Except he said it in a cute way. Chilling ...

Hark, GOPer Eric Porterfield, who would drown his son/daughter if they turn out to be gay:

You'll be comforted to know, per statistics, chances are, your W. Va. kids won't be sleeping with people of their own gender: They’ll be sleeping with each other. pic.twitter.com/tXBWgV3fWS