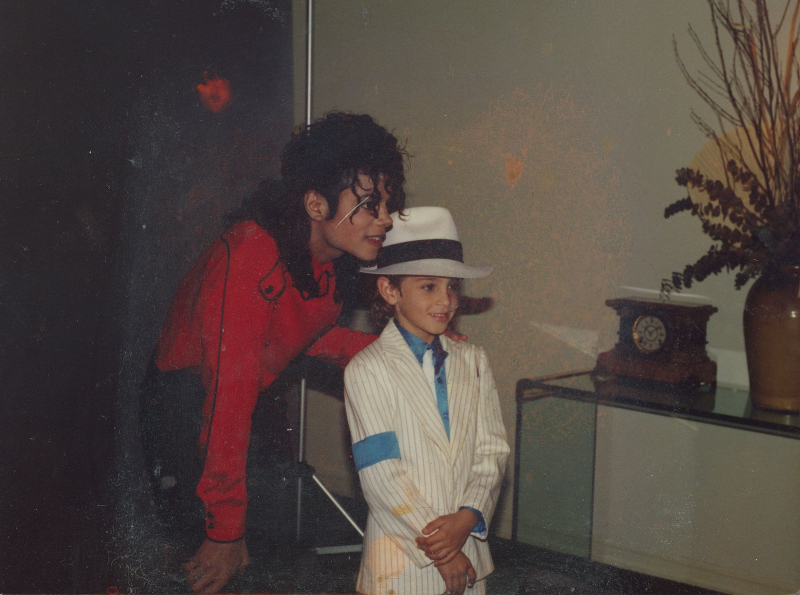 The documentary is no thriller; it is four hours long when it perhaps could have been two. Still, there is a sobering sense of history to this piece. Reed's decision to film the accusers and their loved ones at length feels like a preemptive rebuttal to the kneejerk defenses of fans, most of whom will probably boycott the doc rather than expose themselves to any glimpse of their idol's dark side.

This willful ignorance is probed in the doc in the form of the boys and their moms, all four of whom became invested in obvious lies in their own ways — the children going along with Jackson's world view that he was good and everyone else (especially women) was bad, the parents buying Jackson's excuses that when he was accused of sexually abusing children it was simply a by-product of his fame, and that the accusers' families simply wanted money.

In order to believe — as so many Jackson fans still do and always will — that he never molested Safechuck or Robson (or Jordy Chandler, whose family settled with Jackson for in the neighborhood of $15 million; or Gavin Arvizo, whose accusations led to Jackson's infamous 2005 trial, at the end of which he was acquitted), one would have to believe that it makes more sense that Safechuck and Robson told the truth as very young men when they denied that Jackson abused them, but that they're lying now rather than the other way around. In coming forward now, the men (both of whom having undergone extensive therapy, none of it involving recovered memories, by the way) have, as the film documents, disrupted their families with these claims, and stand to make no money from them. Their court cases have been thrown out, and in fact suing the estate for money should not count against them — why should any victim of abuse be begrudged any sort of legal action to feel closure, to feel acknowedgment? Could you resist suing an eternally cash-rich estate of a person who molested you and got away with it, an estate that has smeared you as a liar?

The most compelling aspect of Leaving Neverland, aside from the absolutely explicit and consistent and mutually affirming stories of the men who were violated as boys, is the extent to which the dynamics of their families are the focus. In one clip from TMZ shown in the film, a glib employee of the gossip site pipes up that the parents should be the ones the kids are suing, because they let their sons sleep with an adult man. Overlooking the fact that such a statement implies that a child molester is not at fault if people innocently, if foolishly, give him access to their kids, the statement is not ignored by Leaving Neverland — these mothers are tortured over their own stupidity, but also frank in admitting that the unimaginable wealth and glitz surrounding Jackson, not to mention the fairy-tale vibe perpetuated and endorsed by everyone on the planet, played a part.

The unspoken argument is that many viewing their pained confessions wouldn't admit it, but would have been fooled, too.

I think that while children are molested every day by far less charismatic, talented and connected individuals and people don't usually jump to blame the parents for not seeing, what is at the core of the Jackson molestation story is the corrosive nature of fame, the overwhelming and tempting power it imbues, and of fandom, which is a usually harmless suspension of disbelief and license to be seduced by escapism.

One thing that is not delved into extensively in the doc is how we, as a society, need to figure out ways to see our heroes with clear eyes, accept that people have flaws (and that some people have unforgivable flaws that hurt others forever), while still appreciating their good side. It is impossible to think of a day when Michael Jackson's music and performances are not hailed as iconic and enjoyed, but it should be equally impossible for it to be a requirement to think his personal behavior was not illegal, immoral and damaging in order to enjoy his art.

What I took from Leaving Neverland is that people's lives should not be ruined twice in order to preserve our childhood appreciation for an artist who probably — considering all the evidence and testimony before us for the past 25+ years — collected and destroyed childhoods while tragically trying to nurse the loss of his own.