BELOW: Naked Jake, Virginia governor tries to hold on and more ...

One Jake (Image via Netflix) 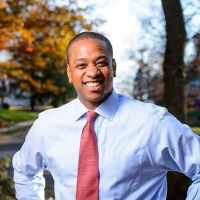 caught black-handed by a right-wing website — or has he? There is no doubt that his medical school yearbook/student publication from 1984 features an image of a person in blackface with a person in KKK robes in what would appear to be an extremely tasteless racist joke (in other words, it's racist as hell, but does not imply he was a KKK sympathizer).

Friday night, Northam acknowledged he was one of the men in the photo (it's impossible to tell which one), but by today, he had changed his tune and was expressing to people around him his belief that he is neither person in the photo. In spite of widespread calls for him to resign by every Democrat you can think of (not to mention opportunistic Republicans, who by the way supported Northam's rival Ed Gillespie, who was pro-Confederate monuments; Northam only won due to the black vote), Northam now seems poised to try to keep his job and — what? grovel every single day? Judging by the reaction, it would seem he is a fool to try to hold on, especially when the Virginia Dems are demanding he step down. Instead, he is apologizing, saying the:

behavior is not in keeping with who I am today and the values I have fought for throughout my career.

There is also another yearbook in which Northam's nickname was “Coonman.”

Meanwhile, every celebrity who has ever done anything approaching blackface is hoping to fuck nobody puts up another gallery that includes their misguided decisions.

P.S. If he resigns, his replacement would be Lt. Gov. Justin Fairfax, who is black, and who recently sat out when the state celebrated Robert E. Lee. He would become Virginia's second black governor — making Virginia the first state in U.S. history to have had two black governors. (How is that possible?)

KENNETH IN THE (212): For those of you who are suckers for men with mustaches.