Those Nips Didn't Slip — They Were Pushed: Hero Fiennes Tiffin For VMAN Comments (0) 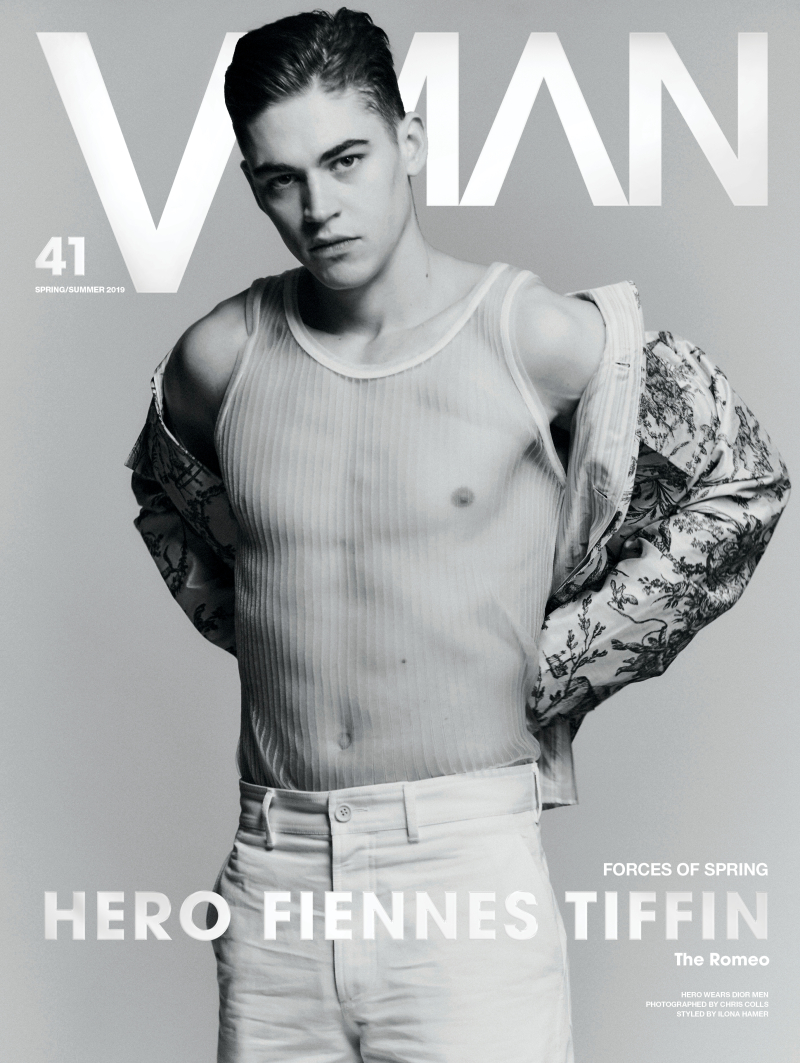 (Images by Chris Colls for Vman)

Vman is showing off Hero Fiennes Tiffin (name created by random-hot-boy-actor-name generator) on its cover. Inside, he says:

Tiffin is hitting theaters in April in After, touted as a Fifty Shades for youngsters,

and appears ready for inevitable stardom. His nipples appear to have been ready for a while.

He says in the new Vman of his impending sex-symbol status and stardom:

I don’t know if you can be ready for that kind of stuff ...

After is guaranteed to be hot as hell, judging by his admission:

... some scenes won’t be too fun to watch with the ’rents!