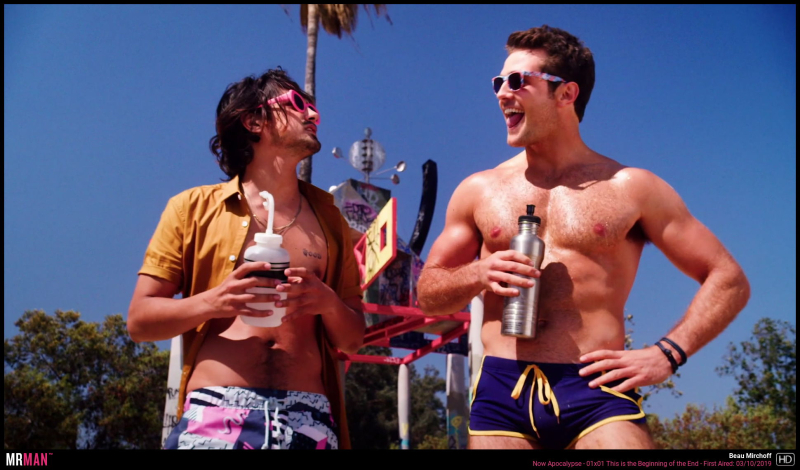 OMG BLOG (WORK UNFRIENDLY): Do you recognize this 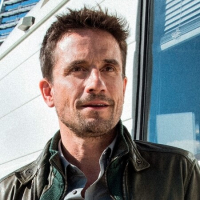 JOE.MY.GOD.: Pete Buttigieg gives another very charming, real, down-to-earth interview, this time to The Breakfast Club, but what's interesting is how many progressive gays are seething-mad that he joked about brokering a peace deal between gays and Chick-fil-A. JOKED. And that was enough for many who didn't even listen to the interview to cancel him. Even though many of their best goddamned friends patronize Chick-fil-A regularly. But never mind that Pete is the first credible out gay candidate for prez who has a real shot at the nomination or, more likely, being someone's veep candidate.

TOWLEROAD: Charming. A U.S. government panel, evaluating the Chinese ownership of Grindr, has declared it to be a national security risk, resulting in the company going up for sale immediately.

Strike a Pose! (GIF via GIPHY)

SOCIALITE LIFE: Season 2 of Pose takes place the day Madonna's “Vogue” is released, and will feature Patti LuPone, who famously loathes Madonna. Hopefully, they'll force her to try to vogue.

TWITTER: Above, Marcus Stoinis and Adam Zampa, knowing they're on camera, go a little bit gay. For play.

Roger in 1983 with Madonna (Image via Madonna Scrapbook)

GR8ERDAYS: Ranking Roger of the Beat aka the

English Beat and General Public fame had died after battling lung cancer. He was just 56.

AOL: Joe Biden was given Democrats' votes to be a heartbeat away from the presidency twice in a row, but some progressives now find him a nonstarter for the top slot because of his handling of the Anita Hill/Clarence Thomas hearings 30 years ago. Biden — considered a frontrunner — just made his most concilatory remarks on the matter yet, further solidifying the thought that he intends to run in 2020. (Stacey Abrams responds very favorably when asked whether Biden has shown sufficient remorse on this topic, BTW.)

THE VIEW: When asked about running as veep with Joe Biden from the beginning (as opposed to becoming his or someone else's running mate later on), Stacey Abrams tells the ladies of The View:

I think you don't run for second place.

JUST IN: Asked about rumors Joe Biden might consider selecting her as his 2020 running mate, Stacey Abrams tells @TheView, "I think you don't run for second place."

TWITTER: If you're a Dem who finds Alexandria Ocasio-Cortez too far left, listen to her response to a nasty Republican who told her that the Green New Deal is an elitist issue. She is not some delusional radical, she is salt of the earth, and she is right:

“People are dying.”@AOC did not hold back after a GOP congressman said her concern over climate change was an “elitist” concern from a “rich liberal.” pic.twitter.com/KWYWuFyrsK

TWITTER: Monica Lewinsky signs off on pointed comparison of the Starr Report to the Mueller Report.