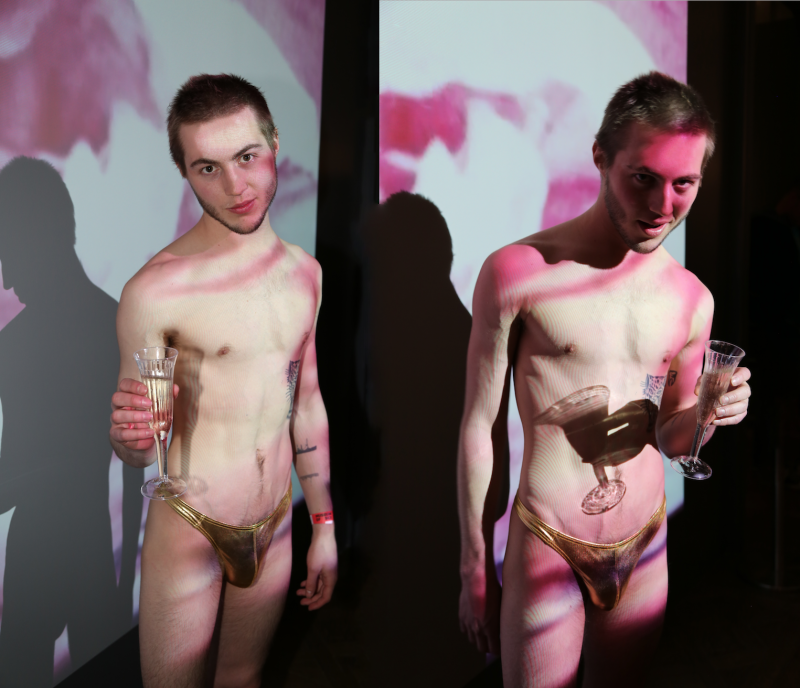 Bottoms up! (All images by Matthew Rettenmund) 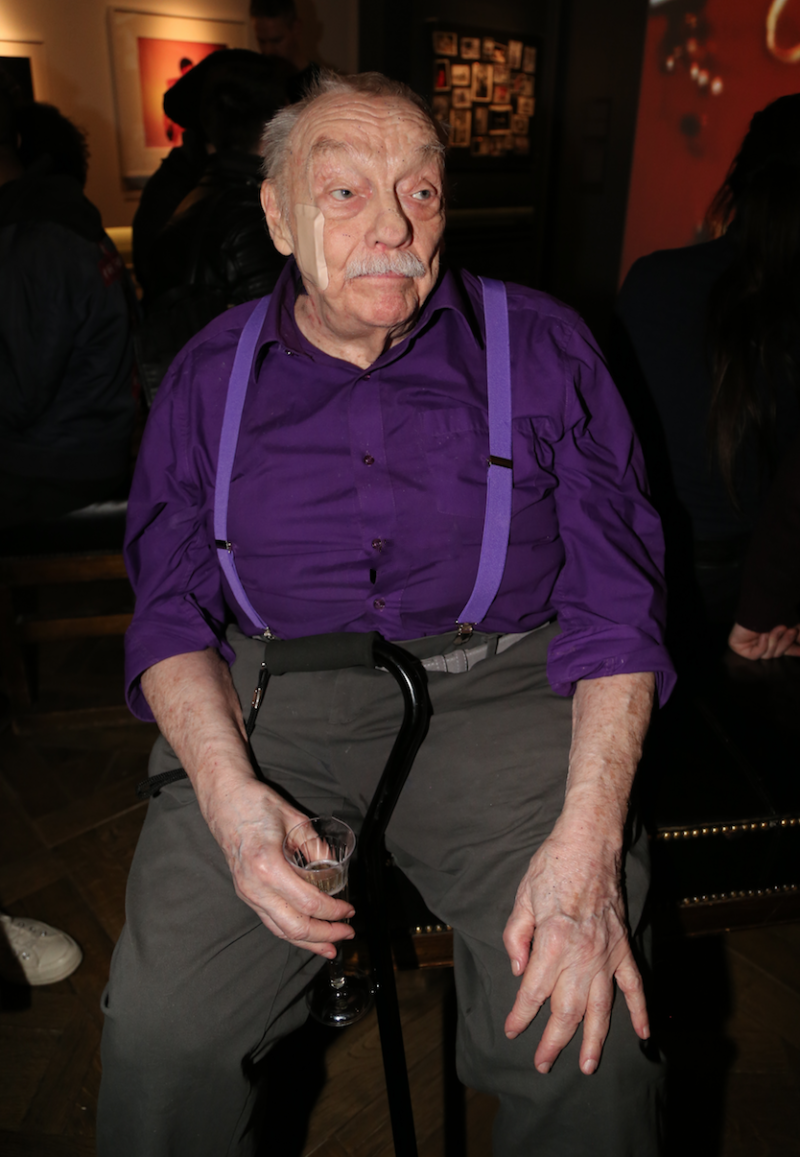 He studied art at Parsons, became a dress and costume designer and was also a photographer — including of beefcake — and did all of this as an out gay man before the first rock was thrown at Stonewall. 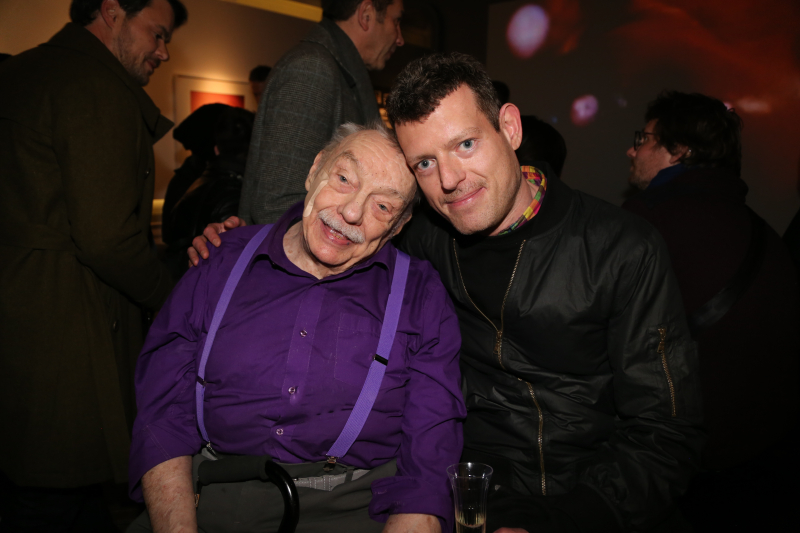 His colorful — the man's palette was sumptuous — life and work is currently being celebrated, with the participation of his gallery, ClampArt, at NYC's Museum of Sex (233 Fifth Ave.) in a must-see show entitled James Bidgood: Reveries. 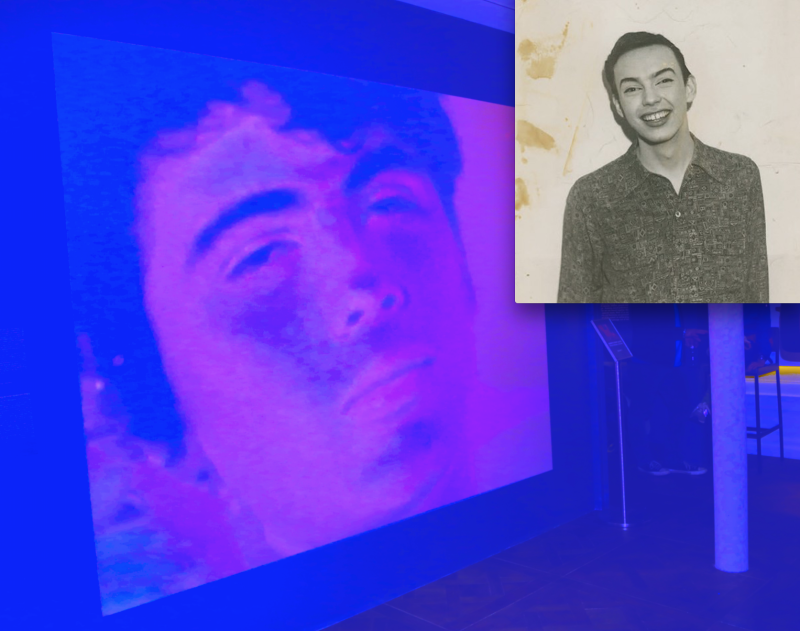 Portrait of the artist as a young queen (inset); along with a shot from a projection during his party

Curated by Lissa Rivera, the show includes ephemera from Bidgood's youth (a parent-teacher conference memo), his days as drag queen Terry Howe at Club 82 (queens didn't have RuPaul to hand them careers back then, girl), and some of his absolute best photographs, surreal scenes he created with colored lights and props in his Hell's Kitchen apartment 50 years ago, and that clearly influenced future artists like Pierre et Gilles and David LaChapelle, to name but a couple.

In fact, Bidgood's work today looks like modern work that's trying to appear retro — it's shocking, really, that it was actually created 50 years ago. 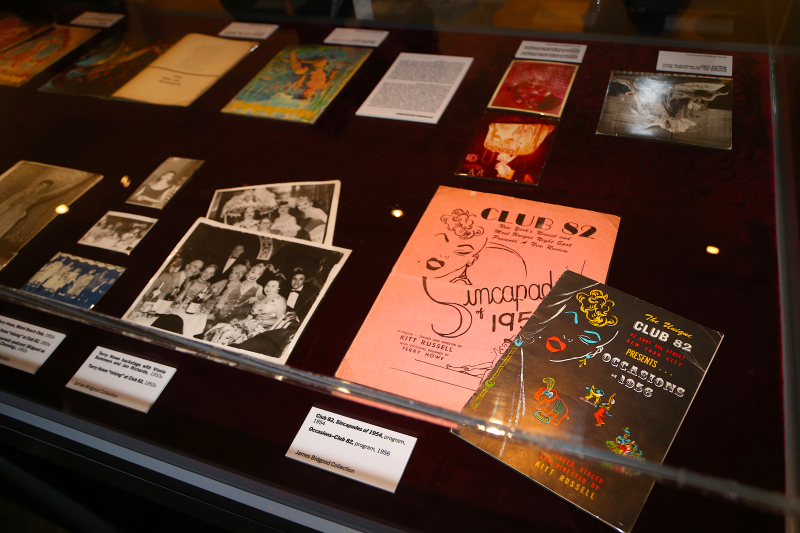 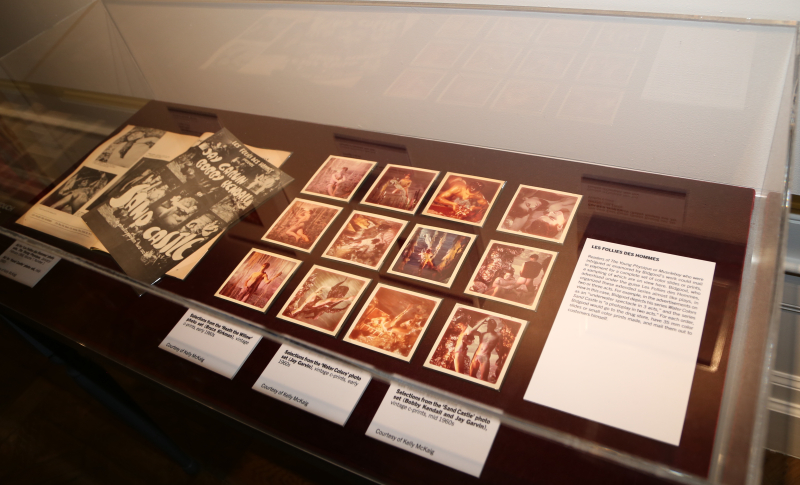 Amazing goodies, including some Polaroids Bidgood sold as J.O. material in the '60s

Even in 2019, with digital trickery at our disposal, it is amazing what Bidgood was able to accomplish with his imagination and his crafty approach to capturing desire.

The opening-night party was as festive as you might imagine, with his seminal film Pink Narcissus (1971) projected on one wall as Bidgood received well-wishers seeking photos with him. He gamely posed for them all, taking the most joy in posing with a barely-clad cake-bearer, pretending to use his fork on the lad's unfrosted package. 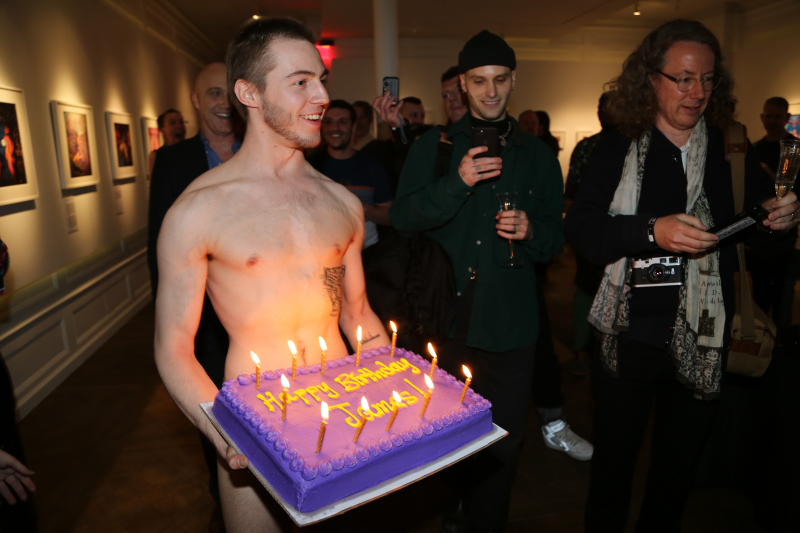 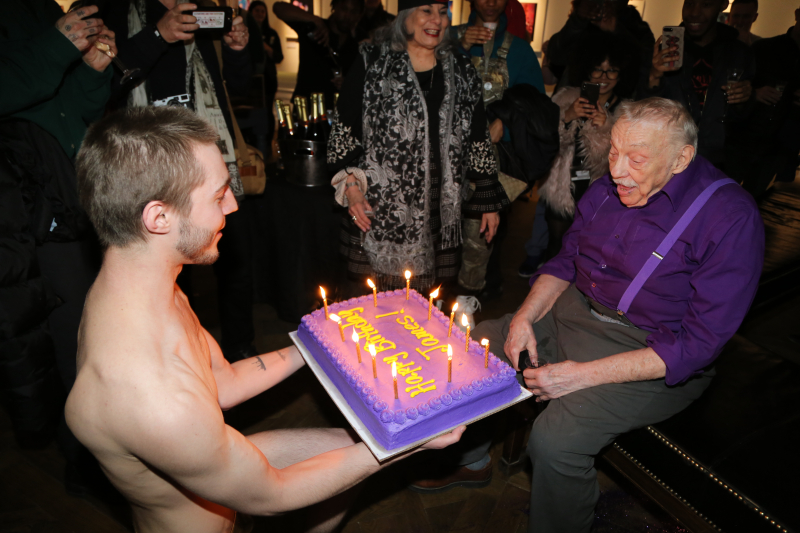 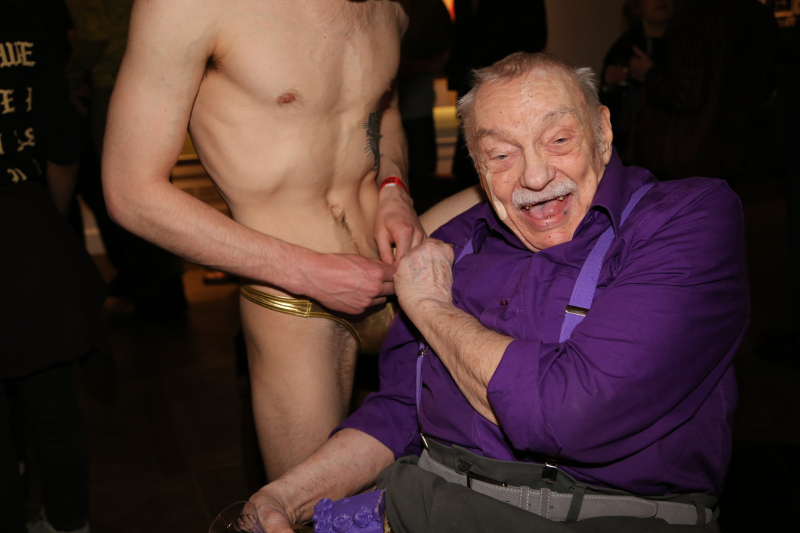 One birthday package that was opened early ...

The cake was pure Bidgood — purple, served on gold plates. 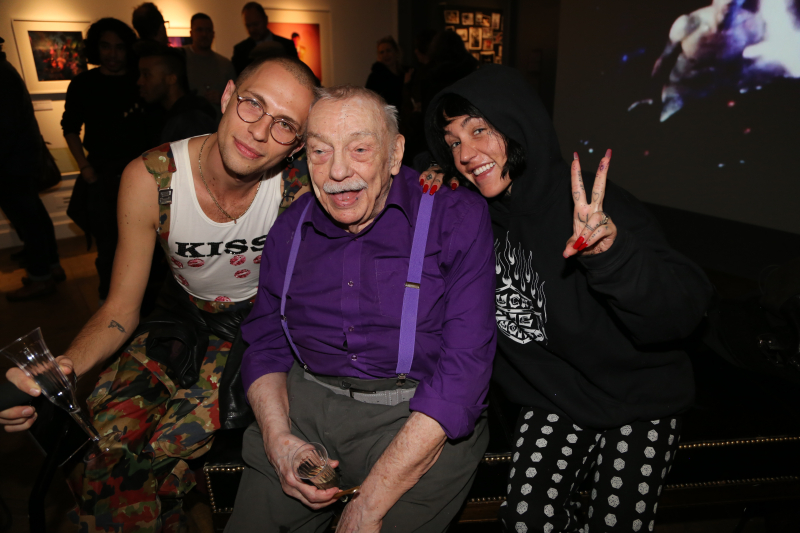 The man of the hour 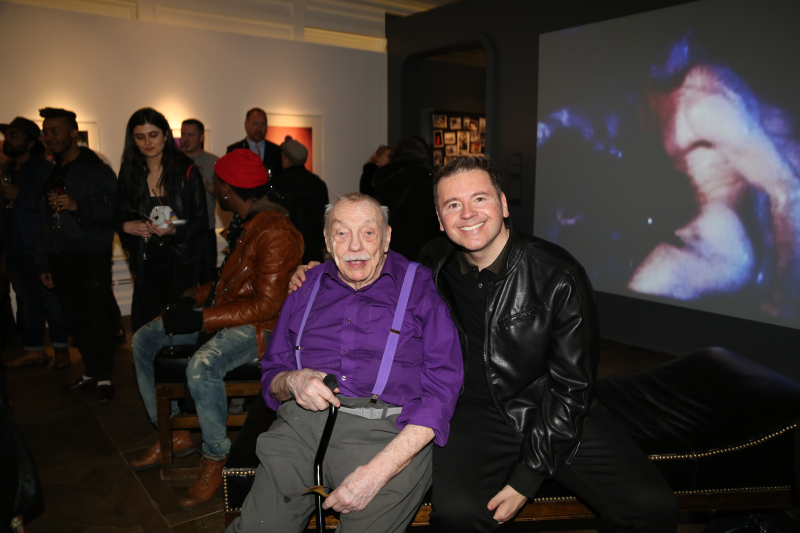 I don't know if the opening was as much fun as Bidgood had in the '60s and '70s, but it was more fun that I bet he ever dreamed he'd be having in his eighties — and many happy returns. 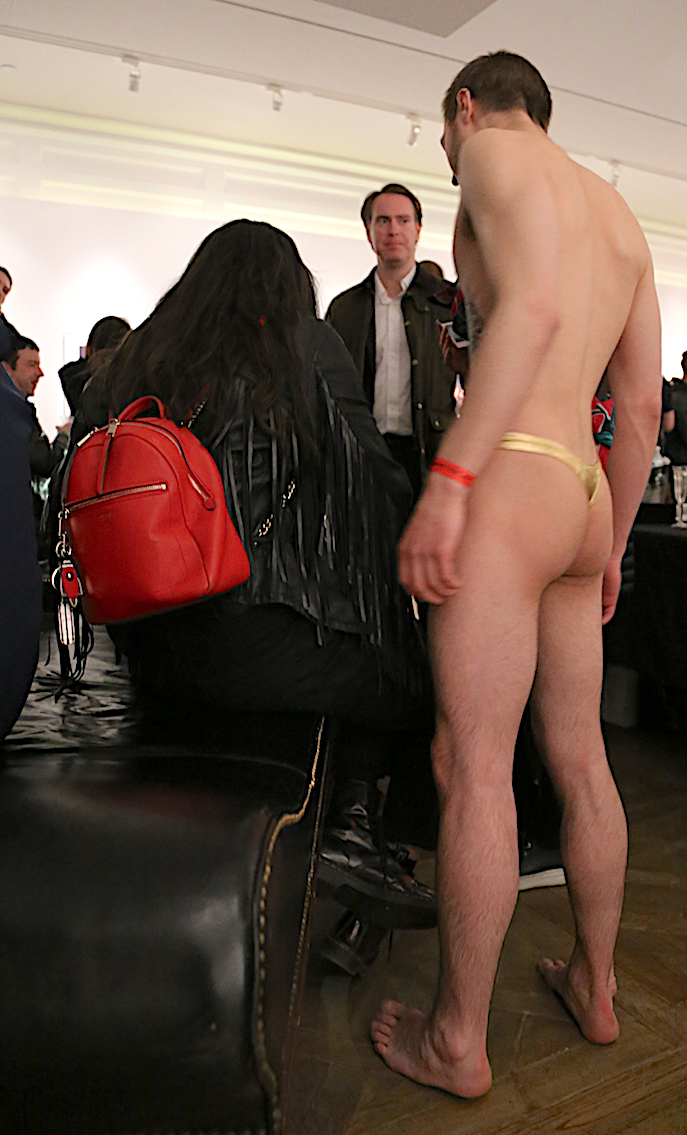 Be sure to check out James Bidgood: Reveries sometime between now and September 8, 2019.