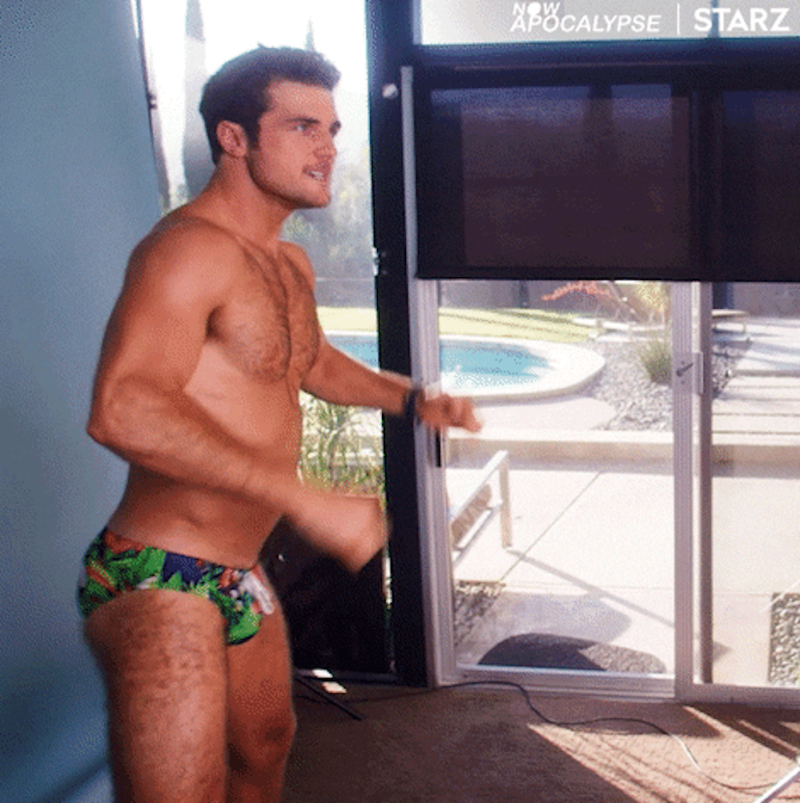 Those hairy legs ... (Image via STARZ; image below via GIPHY)

OMG BLOG (WORK UNFRIENDLY): I know I say this about a lot of people, but Beau Mirchoff's butt is really, well, it's good. 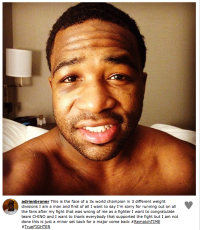 being gay. Why? Because a social media star named Andrew Caldwell, who is a religious nut and ex-gay, outed Broner as being a closted gay man who hit on him for sex. Broner's reply:

If any fag, punk-ass nigga come run up on me, trying to touch me on all that gay shit, I'm letting you know right now — if I ain't got my gun on me, I'm knocking you the fuck out.

If I got my gun on me, I'm shooting you in the fucking face, and that's on God and them. I'm not playing with none of these niggas. I don't like gay shit.

LGBTQ NATION: Former Log Cabin Republicans head Gregory Angelo really needed his dad to hug him more — the revolting traitor penned an impassioned essay against the Equality Act, arguing that LGBTQ people really don't need protections anymore, like we did in 1985 (when I can guar-own-tee you he would also have opposed it, had he been an adult then), and it would harm Evangelicals' rights. Sometimes, self-loathing is simplistic. Here, he's actually a self-loathing simpleton.

OUT: RuPaul's Drag Race: Thailand knows how to cut the elimination tension. This is funny ha-ha  and funny queer.

CBS NEWS: Trump continues his pointless, self-defeating attacks on the late John McCain. He even said:

And I gave him the kind of funeral that he wanted. Which as President, I had to approve. I don't care about this — I didn't get, “Thank you.” That's okay. We sent him on the way, but I wasn't a fan of John McCain.

Talk about the death of civility.

YOUTUBE: Jelani Alladin and Matt Doyle sing “We Kiss in a Shadow”:

PEOPLE: I would watch this show. 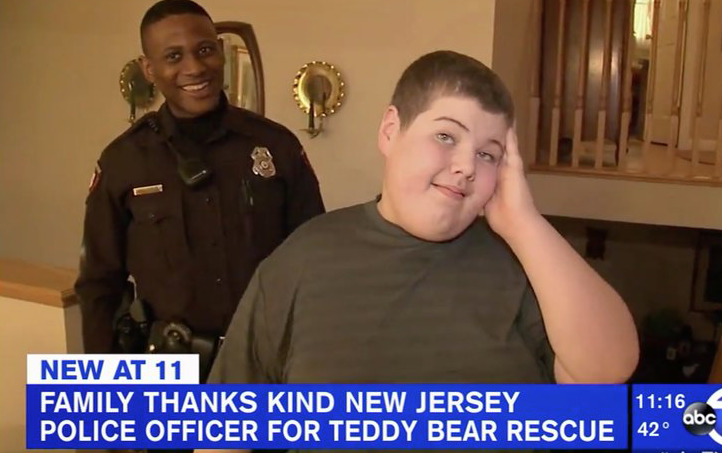 This kid is the sweetest. (Image via ABC7)