Eggboy vs. Fraser Anning: The Yoke's On Xenophobic Senator Comments (0) 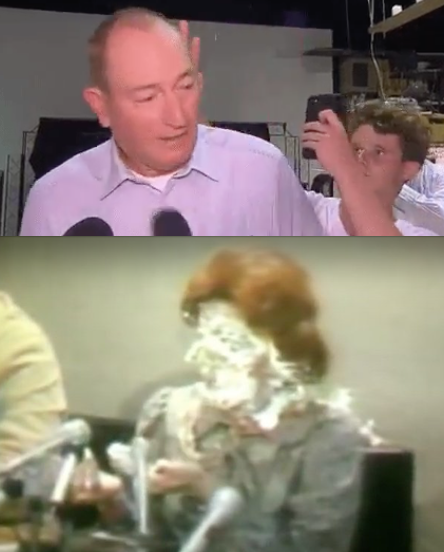 Australian right-winger Fraser Anning issued a stunningly Islamophobic statement on the very day 1 in every 500 Muslims in New Zealand were murdered in two mosques in New Zealand by an Australian — a statement praised by James Woods, by the way — so it was rather satisfying to watch him get egged by a teenager as he bloviated at a presser ...

A protestor has cracked an egg on Fraser Anning's head at a Melbourne meeting, following the Senator's controversial comments in the wake of the Christchurch shooting. Details here: https://t.co/qFnGpfr0oq pic.twitter.com/gJdLDvNvd0

Video shows the senator speaking when a kid with a smartphone steps forward and cracks an egg on the back of his head. Technically, I imagine this could be construed as some form of assault, but Anning then went ballistic, smacking the kid twice before being separated from him. 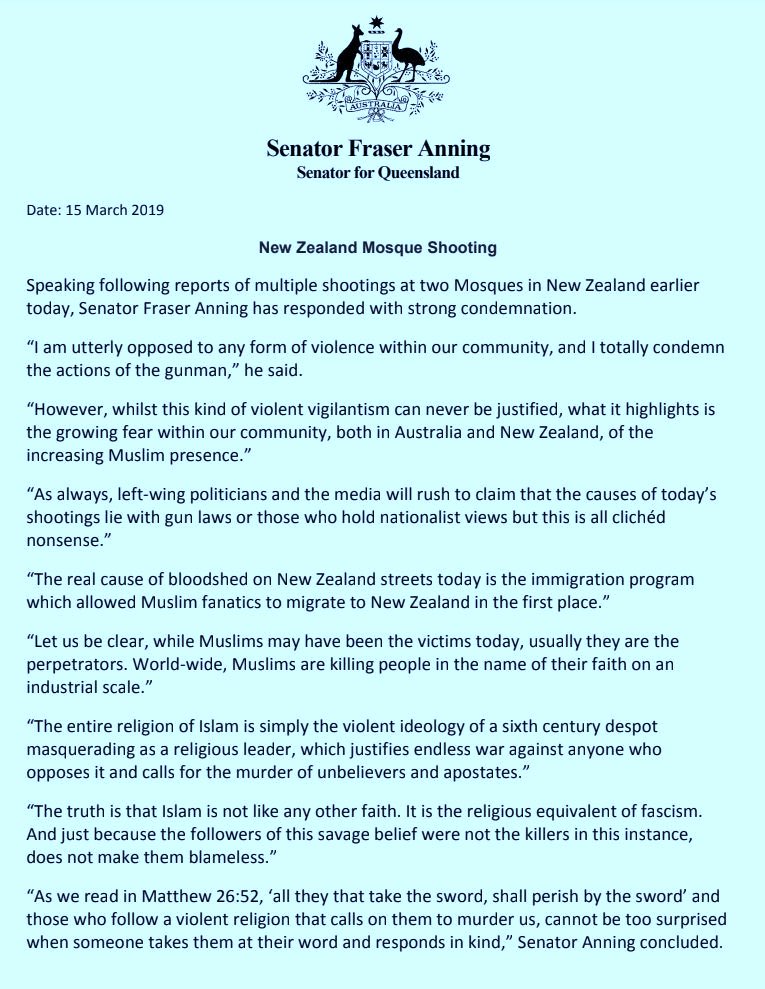 Then, much worse, the xenophobic nutjob's thugs put the kid in a headlock and refused to let him go, verbally attacking while his eyes bugged out of his head.

This is what Fraser Anning’s right-wing lads did to the boy. #auspol #FraserAnning pic.twitter.com/sJNzRLppG5

The teen was taken into custody, but later released. A GoFundMe has set up for his legal and other fees. (I have not verified it.)