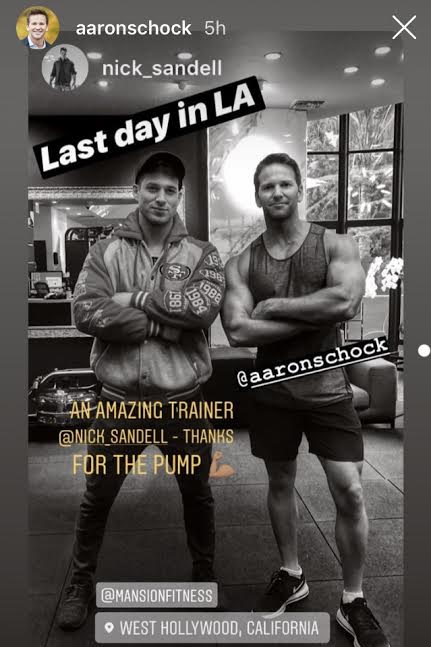 WAPO: Aaron Schock, the disgraced former congressman from Illinois, has received an out-of-nowhere sweet deal in his corruption case. All he has to do is pay back $110K and keep out of trouble for six months. Gee, I wonder if the Justice Department is favoring him because he's a Republican, or if someone has a crush on the social media-savvy crook? He won't even have a criminal record! 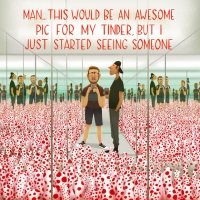 TOWLEROAD: Brazil's even-nuttier-than-Trump Jair Bolsonaro tweets sexually explicit video of men getting off in public to drag down Carnival, one of the only reasons to go to Brazil at this point.

KENNETH IN THE (212): This boxer's a knockout. And not even only technically. 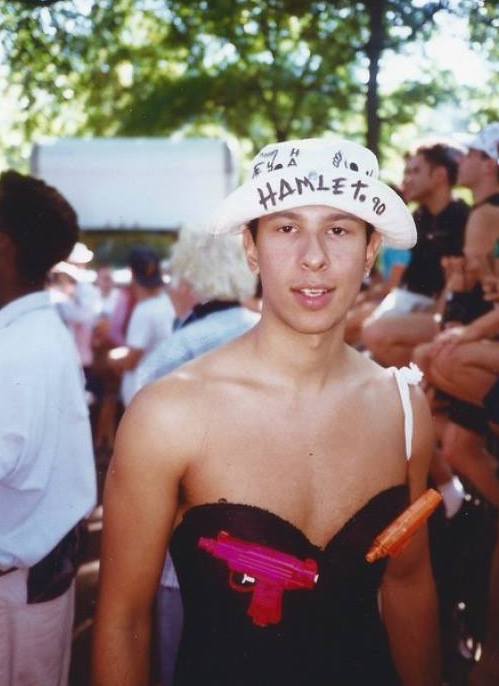 Hamlet back in the day (Image by Linda Simpson)

FACEBOOK: RIP Hamlet Manzuetta, a downtown artist and drag queen of the '90s who recently enjoyed a retrospective of his work. He had been ill for many years following nearly dying from AIDS complications.

CBS NEWS: Gayle King's interview with R. Kelly is genuinely shocking. This person, who is so skilled musically, is just incredibly, incredibly stupid, narcissistic, malignant, emotionally unhinged. It's remarkable to see him SCREAMING at the camera.

FACEBOOK: Speaking of child molesters, see my comments above on Michael Jackson, fans, guilt and how it's okay to still love his music. Follow me on FB, but since my personal is full, you can follow here. 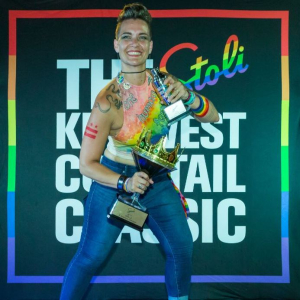 FACEBOOK: Stoli 6th Annual Cocktail Classic is here — if you're a bartender, this is your shot!

CBS NEWS: One of Baltimore's biggest gay clubs has been sold, will fold.

INSTAGRAM: Katie Ward is doing March Madgeness on her Instagram Story, which lets fans vote as she pits classic Madonna songs against each other. Check it out!

TWITTER: Trump revels in confirmation that Hillary Clinton will not run in 2020, Hillary schools his ass. Again: