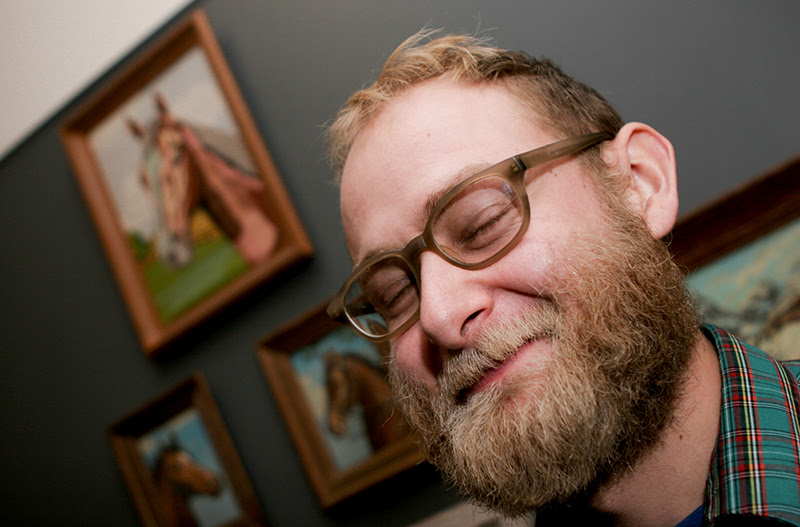 Fans and colleagues are mourning the death of Matthew Underwood, who had been one of the founding editors of Headmaster Magazine.

Matthew Lawrence and Jason Tranchida of the publication alerted readers via email Thursday:

We are deeply saddened by the recent loss of Matthew Underwood, our dear friend and one of the founding editors of Headmaster. We can’t fully convey the void left in our hearts by Matt’s passing last weekend.

Matt was involved with Headmaster from the very beginning, and we became closer friends during our Monday night concepting meetings, sharing our favorite magazines and giving one another assignments for inspiration. Matt was a sharp critic with a discerning visual eye, which we witnessed firsthand while he color corrected press proofs of our first three issues. Matt also filmed our Kickstarter video, back when we were crowdfunding for Headmaster No. 1.

While Matt stepped away after Headmaster No. 3, he remained close, performing at several of our parties (as VJ DILF) and working on his own project for Headmaster No. 7. (He presented the archive of the Gaylactic Network, a group that in the early 90s pushed for greater queer representation on Star Trek: The Next Generation.)

More recently Matt returned to Alfred, NY, where he completed an MFA in Electronic Integrated Arts. At his thesis exhibition last spring, we were awestruck by Matt’s growth as an artist fluidly working between video, printmaking, and ceramics.

After graduation, he returned to Providence where he quickly jumped back into his active creative life in the city’s art and underground music scenes.

Only over the past week have we been able to grasp how fully Matt shared his love and generosity with so many people, not just in Providence and Alfred but also around the world. He made many lifelong friends in the gay corners of the internet, where he was most comfortable sharing his frank and often bawdy sense of humor. We miss you, friend.

A memorial service will be held on Saturday, April 13 at 1pm at Bell Street Chapel (5 Bell Street) in Providence, Rhode Island.

Please reach out via email for more information about the memorial service in Providence, about where to make a donation in Matt’s honor, or to share any thoughts and memories.