Schiff Firmly Pushes Back Against Critics; Pelosi Has His Back Comments (0) 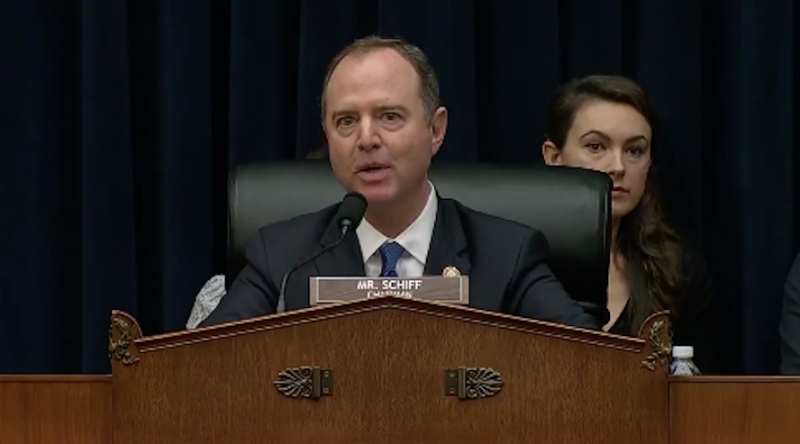 No Schiffs, ands, or buts (Image via video still)

Rep. Adam Schiff (D-California) has delivered his response to his critics, some of whom think he should step down over his criticims of Trump's and his associates' interactions with Russia, and he is 100% right:

WATCH: Rep. Adam Schiff's full response to GOP calls for him to step down https://t.co/bYdw1qBtik pic.twitter.com/vLuhHURwQv

Speaker Pelosi called Trump and Republicans “scaredy-cats” over their fear of the truth and of Schiff:

NEW: "I'm so proud of the work of Chairman Adam Schiff," Speaker Pelosi says after GOP members of House Intel Committee call for his resignation.

"I think they're just scaredy-cats. They just don't know what to do." https://t.co/t2NWMxwLme pic.twitter.com/ID59B7QtUf