The Circus Is Coming To Town: A Review Of CIRCUS OF BOOKS At Fierman Comments (0) 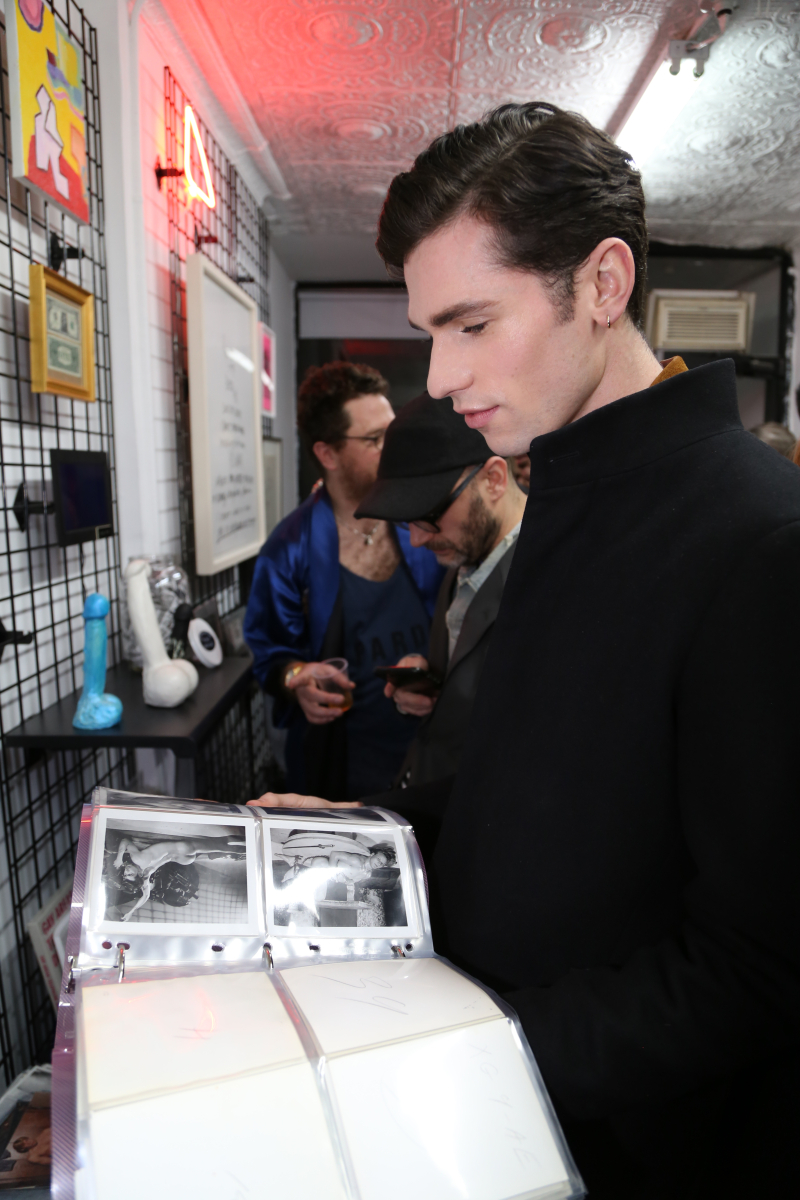 The West Hollywood location of Circus of Books was, from the 1960s until it shuttered on February 9, 2019, a gay mecca.

Now that it's gone forever, the owners' (Karen and Barry Mason) daughter, performance artist Rachel Mason, has directed a doc, Circus of Books, about the social phenomenon. Her film will play the Tribeca Film Fest April 26, 27 and 28; two of the three dates are already only available on stand-by. 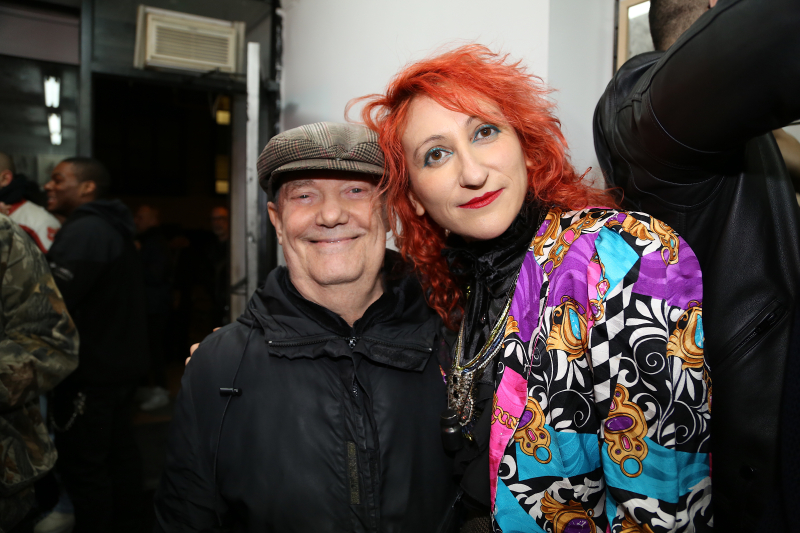 Leading up to that engagement, an exhibit — also entitled

Circus of Books — is loitering at 127 Henry St. courtesy of David Fierman. Curated with Mason, the show recreates the feel of the store by displaying high (and some low, but all desirable) art on wire racks in a tiny space conducive to frotteurism (aka sexual assault in 2019 terms). Seriously, though, the show consists of dozens of priced-to sell original prints by beefcake greats Bob Mizer and David Hurles; original pieces by such luminaries as Jack Pierson, Michael Stipe, Jimmy Wright, Charles Hovland, Tom of Finland (the only original is not for sale) and Ron Athey; and even avant-garde knick-knacks like Circus of Books tees. 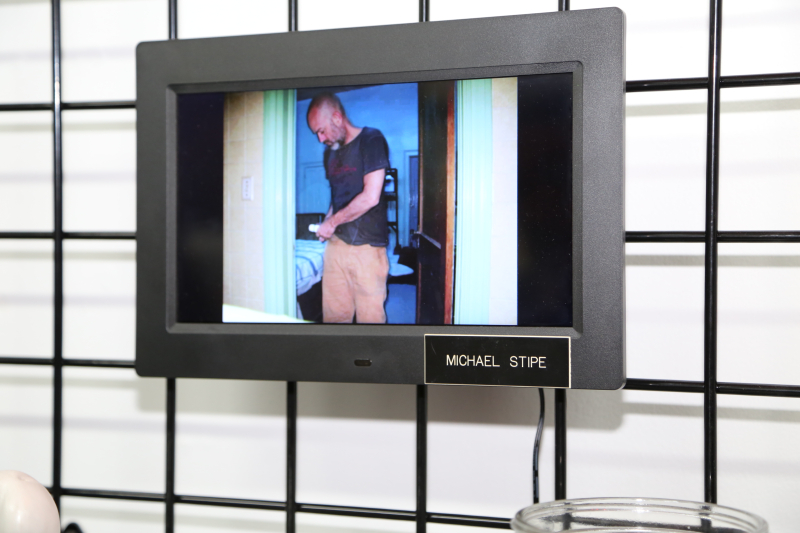 The effect is perv chic, and I've heard things are selling faster than a new blond on the busiest block downtown. 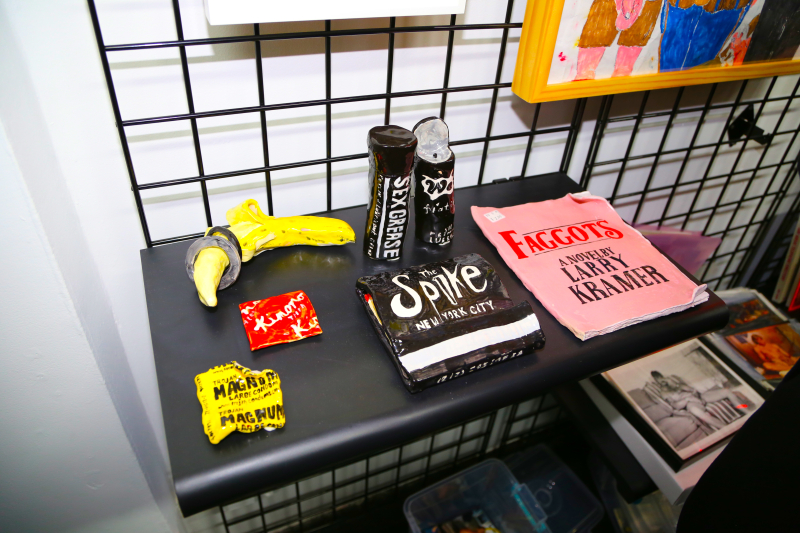 Opening night was mobbed, leaving me with several memorable scenes, including an impossibly young female hipster waving a snapshot of a gigantic penis and asking the price. If you have to ask, honey, you can't afford not to buy it. 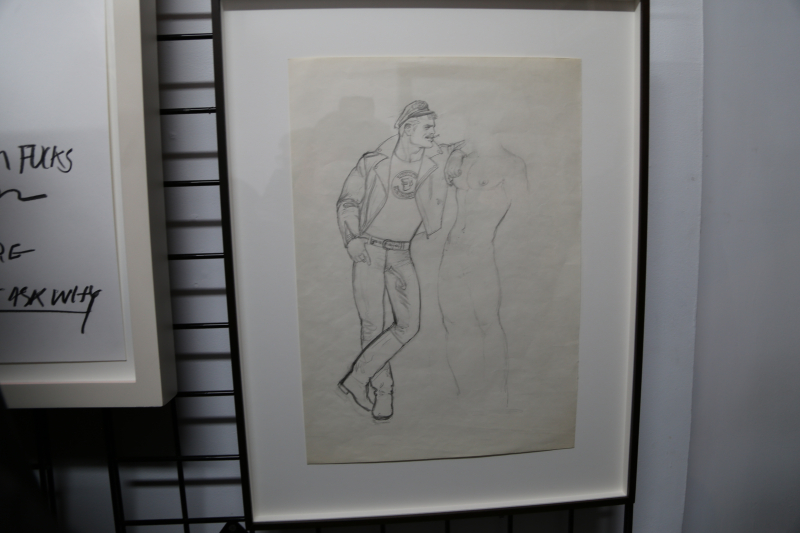 An original Tom of Finland 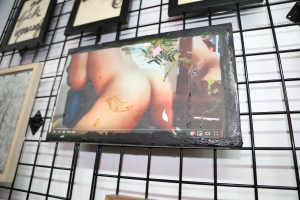 The show is a tremendous tribute to the already-very-missed bookstore, which itself was a sturdy hold-out in an era in which Grindr, among other innovations, has been killing off all other forms of gay social interaction and expression, proving — yet again — that there is no replacement for showing up in person to see things (in this case, art) and do things (in this case,  hopefully buy some of it). 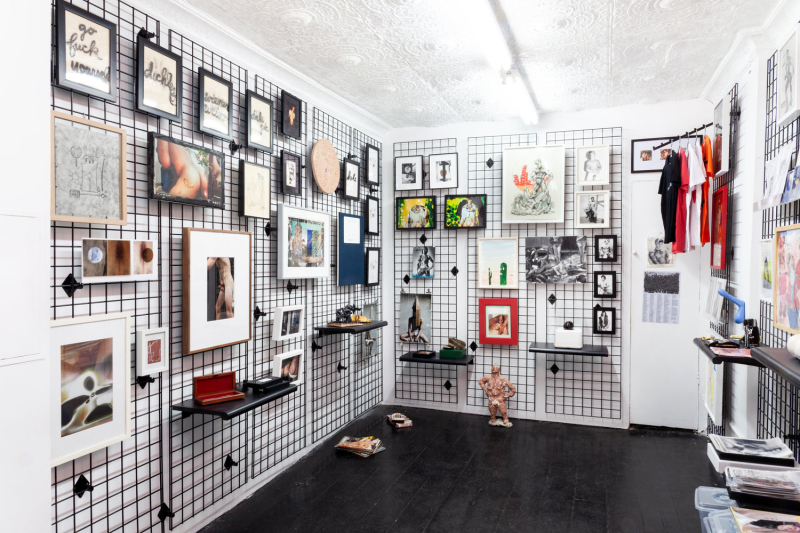 Check out Circus of Books at Fierman between now and May 6.