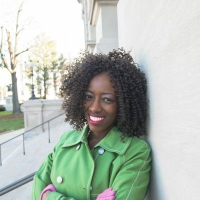 Rep. Dar'shun Kendrick (D-Georgia) has decided to give men what they want — governmental regulation of the human body!

That's why she is spearheading a Testicular Bill of Rights, which would require men to receive permission from their partners before using Viagra, ban vasectomies, make raw-dogging assault and more.

The real reason she's pushing this dead-on-arrival legislation is to call attention to HB 481, a Georgia bill that would outlaw abortion once a heartbeat is detectable — which means it would all but outlaw abortion, since most women don't even realize they're pregnant by that point. She told Rolling Stone HB 481 is absurdly unconstitutional, but on purpose:

It’s unconstitutional on purpose: this is a test case. It is a case to test Roe v. Wade. They’re hoping that it gets up to the Court of Appeals — the Eleventh Circuit is one of the most conservative court circuits that we have, and they’re hopeful that they will uphold part of it, and then they’ll take it all the way to the Supreme Court. They know exactly what they are doing. This is intentional.

I love her Testicular Bill of Rights; it's so fucking stupid even men should be able to see the parallels: 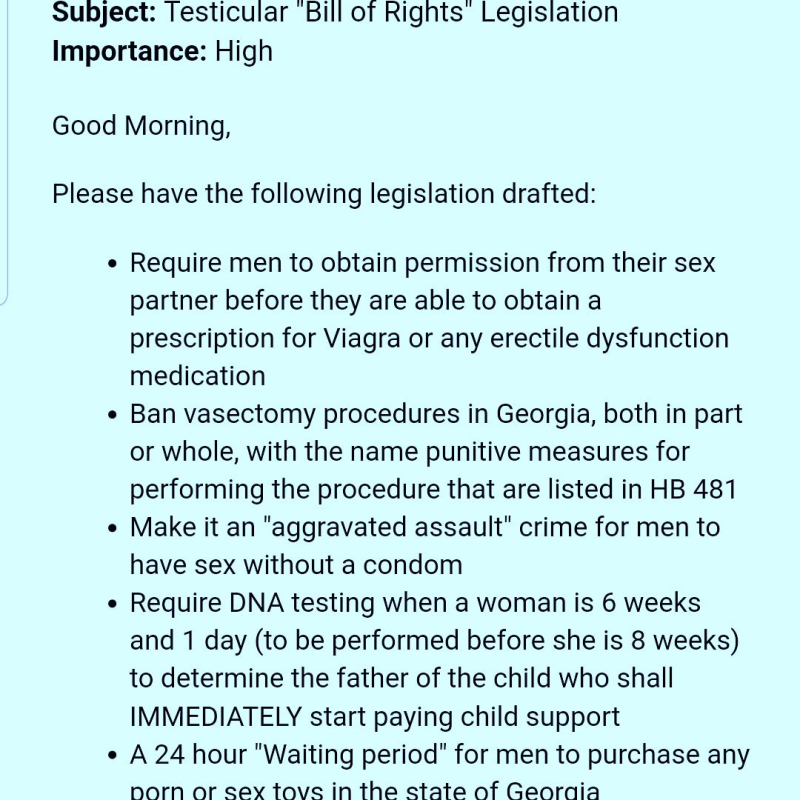