VJ BRENDAN: The Jonas Brothers — who just scored a #1 hit! — goof off with James Corden.

CNN: Pete Buttigieg is in my Top 3 now — and judging by this crazy-good response he received to his CNN town hall, I would gather he's electrifying others as well. (And girrrl, I loved when Pete called Pence — the former governor of his home state of Indiana — “the cheerleader of the porn-star presidency!” 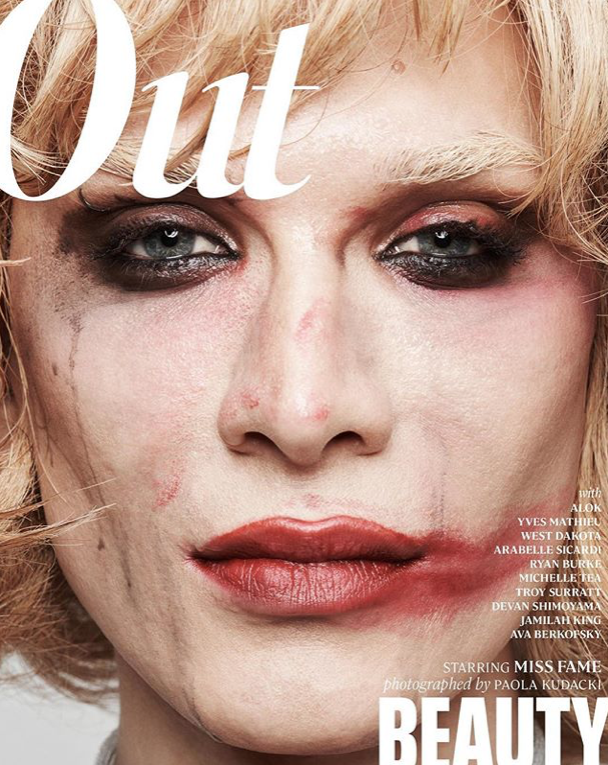 Tearin' up my heart ... (Image by Paola Kudacki for Out)

OUT: Out's new cover girl, for its Beauty Issue, is Miss Fame, who sez:

I wondered if I was only beautiful enough because I created a fantasy that’s not real. And that, to me, needed to change.

BACK2STONEWALL: Third man — this time a German — appears to have been cured of HIV.

MLIVE: At the recent Flint NAACP Freedom Fund dinner, Lt. Gov. Garin Gilchrist of Michigan gave a speech about Bayard Rustin, the great civil rights leader who happened to be gay, in order to underscore the importance of equality for all.

INSTAGRAM: J.J. Underwood, one of WeHo's hottest and craziest strippers and models, has quit the biz and joined the military.

PRIDESOURCE: Dionne Warwick, 78, is one of the most successful female singers of all time, and her That's What Friends Are For was a rallying cry to help those dying of AIDS years before it was commonplace to have such empathy. Now, she's back with a new album — She's Back, no, that's the title — and chatting with the gay press and, well ... I'm not sure Whitney's auntie is entire of 2019: 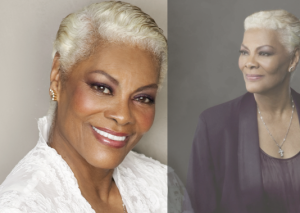 gay church friend? You were close, I imagine.

Oh yeah. He was wonderful to be around, and could play a piano like nobody else. He was a human being, OK – that’s the way I look at people. I can’t judge you for your preference – that’s your choice, not mine. You gotta be who you are and I’ve gotta be who I am and that’s just the way it’s supposed to be.

You say “preference” and “lifestyle,” and I know some people still use both of those words. But a lot of gay people think they were born this way, that it wasn’t a chosen lifestyle or a preference. Do you think a gay person could be born gay?

Absolutely. It’s not only the way you’re born, it’s the lifestyle you’ve chosen to live and that’s your choice. I can’t define what it means or how it happens or why it happens or when it happens. It just is. I look at it that way.

What has the LGBTQ community’s loyalty all these years meant to you?

It’s absolutely wonderful to know that people generally still appreciate what I do and your love and care for me means an awful lot to me and I certainly appreciate it.

Bottom line: I think that hussy's heart is in the right place.

BOSGUY: When you have a hot, hairy body and any underwear looks good on you, why do you even need coffee?

Don't love the image, but cute. (Image via Nancy Pelosi)

JOE.MY.GOD.: Nancy Pelosi is now also in the T-shirt biz.

CBS THIS MORNING: This is so true — I feel life everyone who is some variation on white in America is told, growing up, that we have some Native American blood. In my family, it was believed that my mom's grandma on her mom's side was Native American because she had dark features. I did some genealogical research that disproved it, and DNA testing confirmed it further — no Native American blood. This woman's DNA results wound up being ... somewhat more revealing!!!

PEOPLE: Man barely missed boarding that doomed Ethiopian flight — was held at gate because he was two minutes late. It's the only reason he's alive today.