ABOVE: Remembering a great swinger!

BELOW: Keep reading for just how gay Avengers: Endgame really is, Kamala on race, Pete's good points and more ... 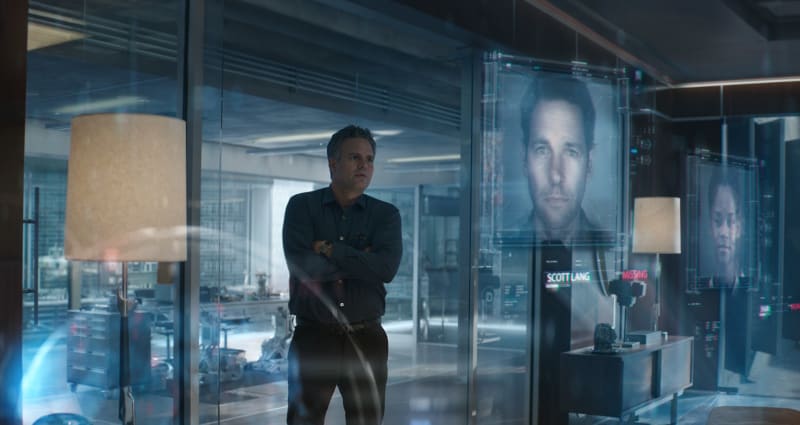 Relax — it's not Mark Ruffalo's character who is gay. (Image via Marvel)

WAPO: Deep dive into what the SCOTUS is considering in deciding if anti-LGBTQ discrimination is barred by Title VI of the Civil Rights Act of 1964.

HUFF POST: The Deep State is real — and it's the GOP. (So literally everything Trump rails about and slurs Dems over applies to him and his side. Every time.)

EXTRATV: Omarosa is convinced Trump will land behind bars.

THE HILL: Trump authorized a signatory to promise that the U.S. would pay North Korea $2 million for the hospital care of Otto Warmbier, the American who was returned to us in a coma and who died immediately thereafter. Now, Trump's White House won't confirm or deny whether that bill was ultimately paid. Can you imagine if Trump authorized the U.S. to pay North Korea money for that? It would only be because he thought he'd get great press for Warmbier's return — not realizing he was only being returned here to die.

LGBTQ NATION: Republican lawmaker busted potentially participating in planned attacks on his opponents. He has special wrath for gays, of course.

TWITTER: Kamala Harris on the racial divide when it comes to policing in this country:

Too often, Black parents have to sit their Black sons down and tell them they may be stopped, arrested, chased, or even shot because of the color of their skin. We must reform our criminal justice system. pic.twitter.com/C5FxBysxyl

THE ATLANTIC: Pete Buttigieg's appeal could be about healing gay/straight relations as well as freeing us from a scandal-plagued presidency.

VARIETY: Coming soon — an album of songs Prince gave to other artists, by Prince.

IMAGE: On why Madonna is dumped on while Elton John, the men of Fleetwood Mac and the Rolling Stones are left the fuck alone.

YOUTUBE: Anne Hathaway and Rebel Wilson are con artists in The Hustle, out May 10: