Based on balls (GIF via GIPHY)

GAY FLESHBOT (WORK UNFRIENDLY): Why did these jocks grab each other's cocks?

NYP: Assange accused of smearing feces on embassy walls ahead of his expulsion.

PEOPLE: Chicago is demanding $130,000 in overtime pay from Jussie Smollett.

I think he is reprehensible, but I do think there is something to be said for arguments that the city and its officials have spent far less time moaning about black men shot by cops. Still, I'd like him to be forced to pay. Even Kim Foxx, who authorized dropping the charges against him, thinks he did it.

VANITY FAIR: American Media, Inc., is selling National Enquirer in the wake off the tabloid's involvement with Trump and its egregious attacks on the privacy of Jeff Bezos.

NYDN: Pete Davidson was right to attack Rep. Dan Crenshaw (R-Texas). The veteran is now smearing Rep. Ilhan Omar (D-Minnesota) over her remarks about 9/11, and yet he isn't in favor of renewing the victims' fund for the attacks (Omar is a co-sponsor of that bill) and he has been snubbing a 9/11 survivor on that topic.

OMG BLOG (WORK UNFRIENDLY): This privileged white lady who talks like a gangbanger embarrassed the FUCK out of herself, drunk on a plane. 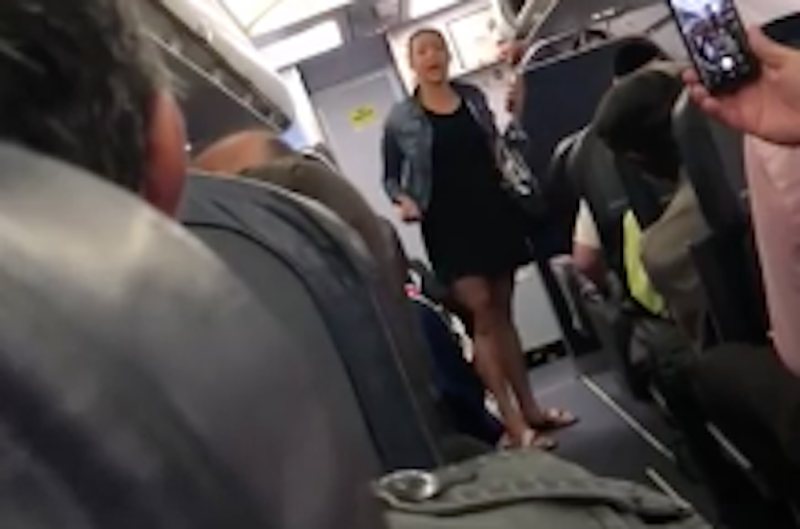 The skank screamed that her mom makes a lot of money. (Image via video still)